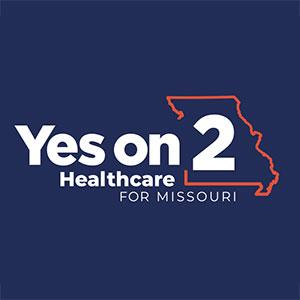 Missouri just voted #YesOn2 to expand Medicaid, and now, because of YOUR vote, over 230,000 hardworking people will have access to life-saving healthcare! pic.twitter.com/azHN0GJjEW

...Republicans, citing the cost, have long resisted expanding Medicaid in Missouri, one of about a dozen states that haven’t extended eligibility for the health plan.

This is a crock of garbage. Aside from the mountain of evidence that ACA Medicaid expansion helps states by bringing hundreds of millions, or even billions of dollars into the state economy, far more than it hurts them, Missouri residents are ALREADY paying for Medicaid expansion and have been for the past 7 years via the ACA taxes which their higher-income residents are paying to fund the law.

The judge essentially said that the ballot measure was flawed because it did not provide its own funding source so it could not compel lawmakers to pay for it.

After a Cole County judge ruled in favor of the state’s argument against expanding Medicaid coverage last week, the issue is now on its way to Missouri’s highest court.

The Missouri Supreme Court will hear arguments against the state on July 13, according to attorney Chuck Hatfield, who represents the plaintiffs.

...“There’s money that has been appropriated for Medicaid services. Once that’s done, those folks are eligible under the constitution,” Hatfield told reporters following last week’s hearing. “There’s no expansion population: We had an election about that, we voted to amend the constitution. … There is no such thing as the expansion population or the preexisting population, there is just Medicaid coverage, and our plaintiffs are in that group.”

The court in its unanimous 14-page decision sent the case back to Cole County circuit court and instructed the judge to enter a judgment in favor of those who sought expansion of the program. Three women who were eligible under the expansion sued the state in May after the legislature failed to appropriate extra money for the program and Gov. Mike Parson instructed his administration not to expand eligibility.

The expanded eligibility was set to begin July 1 with the state's new fiscal year. Voters approved the amendment to expand the health insurance program for low-income people last August. The expansion would raise income requirements and make an estimated 275,000 more Missourians eligible for Medicaid.

...The supreme court's opinion also stated that the legislature's appropriations bills did not exclude funding for covering an expanded Medicaid population.

"With no ambiguity, the amounts appropriated ... cannot be used to alter the plain language of the purposes stated – to fund MO HealthNet without distinguishing between benefits provided to individuals who are eligible as part of the preexpansion population" and the newly eligible, the court wrote in its opinion.

As I've noted before, I don't know how this will work logistically; MO Medicaid expansion was supposed to go live on July 1st, but that's obviously not gonna happen now...August 1st might be feasible but I don't know if the state health dept. is still ramped up to take the flood of enrollments. My guess is it will end up being similar to what happened in Maine a couple of years back: They'll launch the expanded program starting on, say, September 1st (?) but will make coverage retroactive dating back to July 1st, so any claims between 7/01 - 8/31 would be rebilled under Medicaid, which presumably would mean some enrollees getting a rebate check or whatever.

Meanwhile, that's up to 275,000 more people who just became eligible for Medicaid after all.

Oh yeah...the ultimate irony here is that it sounds like Missouri is gonna receve the estimated $1.1 BILLION in "bonus" federal funding now for expanding Medicaid thanks to the American Rescue Plan even though the GOP legislature & governor fought like hell to prevent it from happening all along.