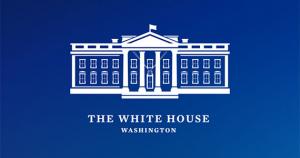 A couple of hours ago, the Biden White House posted a completely updated version of what's being described as a "framework" for his Build Back Better policy agenda, which has been significantly pared down from the more ambitious version last spring. There are three main reasons for this: Congressional/Senate Republicans as a whole; Senator Joe Manchin of West Virginia; and Senator Kyrsten Sinema of Arizona.

There's still no way of knowing whether or not this version of Biden's #BBB agenda will pass either, but assuming it does, here's what will make the final cut:

As for the pay-fors, it looks like allowing Medicare to negotiate prescription drug prices--which was once one of the cornerstones of how the BBB would be paid for, and which has been a long-term goal by Democrats--is out. In fact, the only prescription drug provision listed at all is this:

Here's some background on Trump's Medicare Part D rebate rule, which (if implemented) would increase drug prices for Medicare enrollees to the tune of $145 Billion over the next decade, according to the Biden Administration. So far it's been delayed; the idea here is that repealing it entirely would save the federal government that much, thus paying for a chunk of the rest of the BBB bill.

All of these things are important, of course, and some of them would be truly transformational in a positive way.

However, this site is about healthcare/health policy in general, and the ACA in particular, so it behooves me to focus on the highlighted bullets only:

This presumably means simply extending the dramatically upgraded ACA subsidies under the American Rescue Plan (ARP), currently set to only last for one more year (2022), for another 3 years. Obviously I wish this was made permanent, but 3 years seems to be the best we're gonna get for the moment.

As an aside: The wording about the ACA subsidy provision in the more detailed version on the White House website gave me a bit of a shock this morning:

Strengthen the Affordable Care Act and reduce premiums for 9 million Americans. The framework will reduce premiums for more than 9 million Americans who buy insurance through the Affordable Care Act Marketplace by an average of $600 per person per year. For example, a family of four earning $80,000 per year would save nearly $3,000 per year (or $246 per month) on health insurance premiums. Experts predict that more than 3 million people who would otherwise be uninsured will gain health insurance.

The problem with this is that if you take it literally, it adds up to 9 million x $600 x 3 years = just $16.2 billion for this section of the bill. This makes no sense when you consider that the CBO score of extending ARP subsidies out to 2025 would cost around $64 billion:

At first I freaked out a bit because I assumed they were seriously slashing the subsidy expansion down to the bone...until I realized that the "9 million" only refers to those who were already receiving ACA subsidies without the ARP. The bulk of the extra subsidies would be going to the newly-subsidy eligible enrollees.

This is borne out by the WH framework's cost summary, which puts it at $130 billion for the expanded subsidies thru 2025 (the other half would go towards the Medicaid Gap population; see below):

The original idea to close the Medicaid gap was a 2-stage process: For the short term (3 years), allow those caught in the Medicaid Gap fully-subsidized ACA exchange plans by temporarily eliminating the lower-end 100% FPL subsidy cliff; this would provide the time needed for the second phase: Establishing a federal version of the Medicaid program (call it "Fedicaid?") which the Gap population would then be transferred into.

It looks like the revised plan would keep the first phase but eliminate the second one: The Medicaid Gap population would be eligible for fully-subsidized ACA exchange plans from 2022 - 2025. After that, hopefully it would either be extended out again or the Fedicaid program would be implemented (or, who knows, a few of the non-expansion states might actually expand Medicaid under the ACA the way they were supposed to nearly a decade ago...)

The original hope was that hearing aids, vision care and dental care would all be added to traditional Medicare coverage, along with a cap on prescription drug expenses. It sounds like hearing aid coverage is the only one which will make the final cut.

The thing is, each of these items (along with the other dozen or so in the larger BBB framework) would normally be considered a pretty big deal if they passed by themselves...but that assumes that we had a normal, functional government which wasn't facing an existential threat by White Supremacists, Dominionists and other Authoritarianists...while simultaneously facing an existential threat due to Climate Change.

UPDATE: I've decided to list the detailed look at what's in the BBB language over to a separate blog entry.