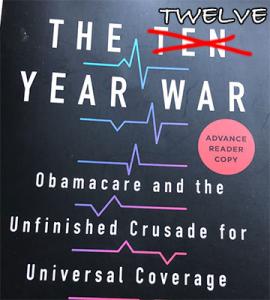 (a) The Constitution gives federal courts the power to adjudicate only genuine “Cases” and “Controversies.” Art. III, §2. To have standing, a plaintiff must “allege personal injury fairly traceable to the defendant’s allegedly unlawful conduct and likely to be redressed by the requested relief.” DaimlerChrysler Corp. v. Cuno, 547 U. S. 332, 342. No plaintiff has shown such an injury “fairly traceable” to the “allegedly unlawful conduct” challenged here. Pp. 4–5.

(b) The two individual plaintiffs claim a particularized individual harm in the form of past and future payments necessary to carry the minimum essential coverage that §5000A(a) requires. Assuming this pocketbook injury satisfies the injury element of Article III standing, it is not “fairly traceable” to any “allegedly unlawful conduct” of which the plaintiffs complain, Allen v. Wright, 468 U. S. 737, 751. Without a penalty for noncompliance, §5000A(a) is unenforceable. The individuals have not shown that any kind of Government action or conduct has caused or will cause the injury they attribute to §5000A(a). The Court’s cases have consistently spoken of the need to assert an injury that is the result of a statute’s actual or threatened enforcement, whether today or in the future. See, e.g., Babbitt v. Farm Workers, 442 U. S. 289, 298. Here, there is only the statute’s textually unenforceable language.

This is PRECISELY the point that Professor Bagley has been making for over three years.

Unenforceable statutory language alone is not sufficient to establish standing, as the redressability requirement makes clear. Whether an injury is redressable depends on the relationship between “the judicial relief requested” and the “injury” suffered. Allen, 468 U. S. at 753, n. 19. The only relief sought regarding the minimum essential coverage provision is declaratory relief, namely, a judicial statement that the provision challenged is unconstitutional. But just like suits for every other type of remedy, declaratory-judgment actions must satisfy Article III’s case-or-controversy requirement. See MedImmune, Inc. v. Genentech, Inc., 549 U. S. 118, 126–127. Article III standing requires identification of a remedy that will redress the individual plaintiffs’ injuries. Id., at 127. No such remedy exists here. To find standing to attack an unenforceable statutory provision would allow a federal court to issue what would amount to an advisory opinion without the possibility of an Article III remedy. Article III guards against federal courts assuming this kind of jurisdiction. See Carney v. Adams, 592 U. S. ___, ___ .

The Court also declines to consider Federal respondents’ novel alternative theory of standing first raised in its merits brief on behalf the individuals, as well as the dissent’s novel theory on behalf of the states, neither of which was directly argued by plaintiffs below nor presented at the certiorari stage. Pp. 5–10.

(c) Texas and the other state plaintiffs have similarly failed to show that the pocketbook injuries they allege are traceable to the Government’s allegedly unlawful conduct. DaimlerChrysler Corp. v. Cuno, 547 U. S. 332, 342. They allege two forms of injury: one indirect, one direct.

(1) The state plaintiffs allege indirect injury in the form of increased costs to run state-operated medical insurance programs. They say the minimum essential coverage provision has caused more state residents to enroll in the programs. The States, like the individual plaintiffs, have failed to show how that alleged harm is traceable to the Government’s actual or possible action in enforcing §5000A(a), so they lack Article III standing as a matter of law. But the States have also not shown that the challenged minimum essential coverage provision, without any prospect of penalty, will injure them by leading more individuals to enroll in these programs. Where a standing theory rests on speculation about the decision of an independent third party (here an individual’s decision to enroll in a program like Medicaid), the plaintiff must show at the least “that third parties will likely react in predictable ways.” Department of Commerce v. New York, 588 U. S. ___, ___.

Neither logic nor evidence suggests that an unenforceable mandate will cause state residents to enroll in valuable benefits programs that they would otherwise forgo. It would require far stronger evidence than the States have offered here to support their counterintuitive theory of standing, which rests on a “highly attenuated chain of possibilities.” Clapper v. Amnesty Int’l USA, 568 U. S. 398, 410–411. Pp. 11–14.

The other asserted pocketbook injuries related to the Act are similarly the result of enforcement of provisions of the Act that operate independently of §5000A(a). No one claims these other provisions violate the Constitution. The Government’s conduct in question is therefore not “fairly traceable” to enforcement of the “allegedly unlawful” provision of which the plaintiffs complain—§5000A(a). Allen, 468 U. S., at 751. Pp. 14–16.

There were two things which surprised me: First, while I thought it was unlikely that SCOTUS would strike down the law, I was expecting them to cut out the "shared responsibility provision" (aka the individual mandate language) itself; I just figured they'd sever it from the rest of the law, leaving the rest intact. Instead they threw out the whole case, which is even better.

The second surprising thing was Clarance Thomas, of all people, joining the majority opinion, while Samuel Alito joined the dissent. Yes, Alito hates the ACA with a passion, but he also sounded incredibly skeptical of the plaintiff's argument last November.

The thumbnail image above is from Jonathon Cohn's excellent history of the development, passage, implementation of and attacks on the Affordable Care Act, "The Ten Year War."

It's a fantastic book, but Cohn says the title refers to the 10-year period from the initial vision for healthcare reform during the buildup to the 2008 Presidential election through the 2018 midterms, when Democrats took control of the U.S. House of Representatives, thus finally taking away the Republican Party's legislative existential threat to the ACA.

However, the Texas Fold'em case was still lingering in the background starting in early 2018, and has been dangling like the Sword of Damocles over the heads of the entire nation ever since. As stupid of a case as it may have been, and as unlikely as it was to ultimately tear down the ACA, there was always the possibility of that happening...a possibility made more real after Donald Trump had appointed not one, not two, but three U.S. Supreme Court candidates after Justice Ginsburg died last year.

After the 2018 midterms, The Texas Fold'em case always reminded me a bit of The Scouring of the Shire at the end of The Lord of the Rings: Sauron was defeated, the armies of Mordor were destroyed, and yet somehow Saruman, who everyone had sort of forgotten about, quietly slipped off to take control of Hobbiton while everyone else was celebrating in Gondor.

Well, Saruman has now been defeated as well.

The seeds of ACA Signups began at Daily Kos back on October 11, 2013. Two days later I registered ACASignups.net and ObamacareSignups.net. It's been nearly 8 years for me and what a long, strange trip it's been.

So, are there any MORE challenges to the ACA? Of course. As Katie Keith notes over at Health Affairs:

As the law hangs in the balance, other ACA litigation is proceeding. The Supreme Court has been asked to hear appeals by health insurers over whether they are entitled to fully recover unpaid cost-sharing reduction payments. It is not year clear whether the Court will agree to do so; if it does, the appeals would be heard next term. Other lawsuits remain pending before district and appellate courts over the scope of the ACA’s contraceptive mandate, the preventive services mandate, and Section 1557, among other issues.

...Still other ACA-related lawsuits are temporarily delayed or on hold. These include lawsuits over Trump administration rules loosening restrictions on association health plans, providing greater protections to providers who object to performing certain services for reasons of conscience, requiring that insurers bill separately for abortion- related coverage, and adding global expiration dates to HHS rules, among other matters.

...but here's the thing: None of these other cases threaten the ACA itself or any of its core provisions.

There've been a bunch of lawsuits against the ACA and/or individual portions of it, but this is the last of the three Big Ones:

Other potential threats remain in the long term. The GOP was attempting to gut Medicare and Medicaid alongside the ACA as recently as 2017, after all; if/when they ever regain control of the House, the Senate and/or the White House (and they will some day) I'm sure all three will once again be under assault.

In addition, the ACA is still in need of a serious 2.0 upgrade. The expanded premium subsidies of the American Rescue Plan (the lowest-hanging fruit) need to be made permanent. The benchmark Silver plan needs to be upgraded to Gold to resolve the high deductible/co-pay issue. The "Family Glitch" needs to be fixed. We need to resolve the Medicaid Gap, and so on. All of these things are important and should be addressed as quickly as possible.

In the meantime, however, we can finally at least catch our collective breaths. The next war may be coming, but the current one is finally over, and Obamacare was victorious.

Anyway, if you still don't have healthcare coverage, are enrolled in an unsubsidized off-exchange ACA plan or are enrolled in a "short-term", "farm bureau" "sharing ministry" or other "junk" plan, you still have until August 15th to #GetCovered via your state's ACA exchange with massively upgraded financial assistance, so do it today!