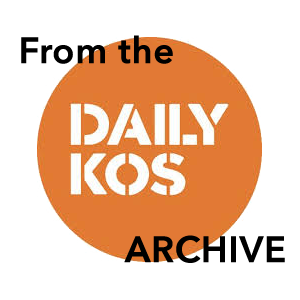 NOTE: This was originally posted over at Daily Kos. I've since ported it over here, verbatim, for archival purposes. Note how I didn't have the slightest idea what I was doing at the time, and thus mixed together private & Medicaid enrollments, etc.

I'm a bit surprised that this story didn't get more attention here a few days ago:

New York was Tuesday's big star, saying that more than 40,000 residents had completed the application process and been ruled eligible for the plans they had applied for since Obamacare enrollment began Oct. 1.
...California's exchange, Covered California, came in No. 2 among the states making announcements.

...Washington state said 9,452 people have fully enrolled in coverage set to begin Jan. 1. Most of them, about 8,500, are going to be covered by Medicaid, the government insurance program for low-income people, with the remaining 916 covered by health plans sold by private insurers through the online state marketplace.

Another 10,000 people have completed applications for coverage from private health insurers through the exchange but have not yet paid for it. Exchange officials said they believe that many, if not all, of those people are waiting until December to make their initial premium payments, as Dec. 15 is the deadline for payment receipt for coverage to begin Jan. 1.

...Kentucky, which has raised eyebrows by going against the grain of Southern states by running its own exchange and conducting aggressive outreach, said it has enrolled 7,000 people in its Kynect marketplace.

Connecticut, which has been releasing enrollment data since last week, on Tuesday said its Access Health Connecticut exchange had processed 1,426 applications since Oct. 1.

Maryland has said 326 people have enrolled.

OK, so, in spite of the colossal fuck-up that the Healthcare.gov site has proven to be so far (I've been one of their biggest defenders, but 10 days out, let's face it, they screwed the pooch on both traffic capacity/projections as well as the actual site coding), we're actually starting to get some real numbers on signups, and when you tally them up, here's what you have (as of Tuesday, 1 week in):

Add those up and you get at least 84,400 people fully signed up for health insurance via the state-run exchanges in the first week. Of course, that's only in 6 states, and it's been another 3 days since then, but since these are the only official numbers that have been released so far, that's what I'm going with for now.

Now, at that rate they'd come up short (about 2.2 million by the end of the 6-month signup period), but obviously that's not how it's gonna play out. Presumably the major bugs will eventually be worked out of Healthcare.gov (they damned well better be), and most people (including myself) aren't actually even trying to sign up just yet, but are instead kicking the tires and window shopping. In fact, we already have insurance and are simply looking for better rates, so we shouldn't even be counted in the Uninsured -> Insured numbers.

Presumably there'll be a big rush to actually sign up as we approach mid-December, since that's when you have to be signed up for coverage to start in January.

So, bottom line: Healthcare.gov sucks (for now), but Obamacare in general is actually off to a decent (if shaky) start.

Update: One other major caveat--I have no idea whether that 84,000 figure is households or people. The wording of the article makes it sound like people (which is why I'm using that number), but it's possible that some states are reporting the number of households signing up...which could mean 2-3 times as many actual people.

MAJOR Update: As several people have pointed out in the comments, the Healthcare.gov site has finally added what they should've included in the first place: They've added a Premium Estimator section that lets you view the plans that you're eligible for. The only catch is that these numbers don'tinclude the subsidies that most people will qualify for.

However, they've also added a link to the Kaiser Family Foundation Subsidy Calculator, which gives you a very close estimate of what your final cost will actually be.

These two tools should have been there from the beginning--and both of them should have a much more prominent link even now--but they should help considerably.