Yesterday's big story on the ACA front was that the HHS Dept. confirmed more than 1.24 million additional Qualified Health Plan (QHP) selections via the federal exchange (HealthCare.Gov) so far during the ongoing Special Enrollment Period (which runs through 8/15).

In addition to that, however, I've also been tracking the (admittedly scattershot) SEP enrollments across the other 15 states (including DC) which operate their own ACA exchanges. So far only 10 of the State-Based Marketplaces (SBMs) have released any SEP enrollment data, and even then it's been very incomplete. Washington State only released data for the first 9 days of the SEP, for instance...while Pennie (Pennsylvania) just released data all the way through yesterday.

However, I'm still pretty sure that the actual total is more like 1.65 million, with the remaining ~225,000 coming from the SBMs which haven't reported anything yet or which have only reported partial data. As evidence, let's take a look at what we know and extrapolate from there.

By an amazing coincidence, with Idaho launching Medicaid expansion last year, every NON-expansion state is now hosted by HealthCare.Gov...while every one of the 15 state-based exchanges is an expansion state. This actually makes it pretty easy to break the HC.gov data out between the two, providing a more accurate baseline for estimating SEP enrollment on the SBMs.

First, here's the NON-expansion states hosted on the federal exchange. I'm using the official 2021 Open Enrollment Period (OEP) totals to compare against. As you can see, if you add the just-confirmed SEP QHPs to these, the combined totals average around 16.1% higher. 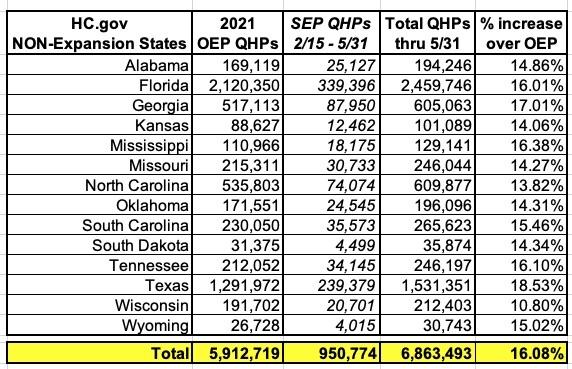 Next, here's the EXPANSION states on the federal exchange. As expected, adding SEP QHPs to these only increases the total by a lower amount...12.4%: 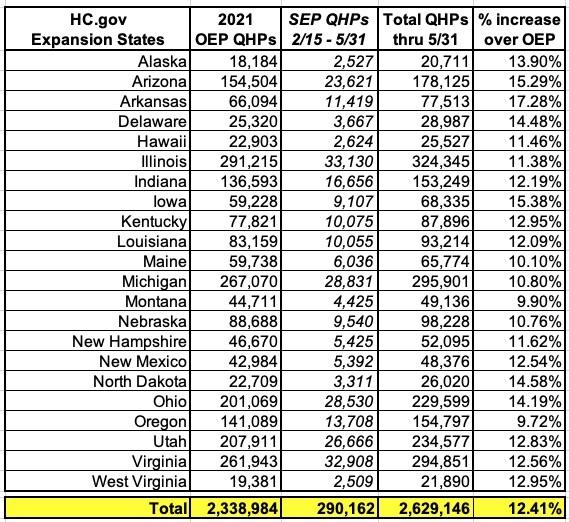 Since all 15 of the state-based exchanges are also expansion states, it stands to reason that they're likely to have seen the lower-bound SEP numbers. Furthermore, since Pennsylvania's combined total as of 6/14 is only 11.5% higher, and that includes an extra two weeks.

With that in mind, I'm gonna knock my estimate down to an 11% increase on average, which would give something close to the following: 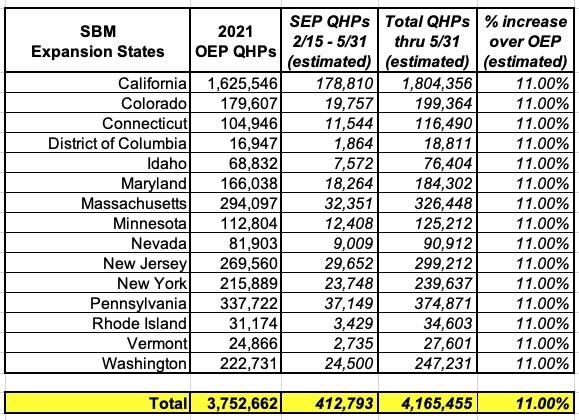 Obviously this is just a spitball estimate, but it should be pretty close. 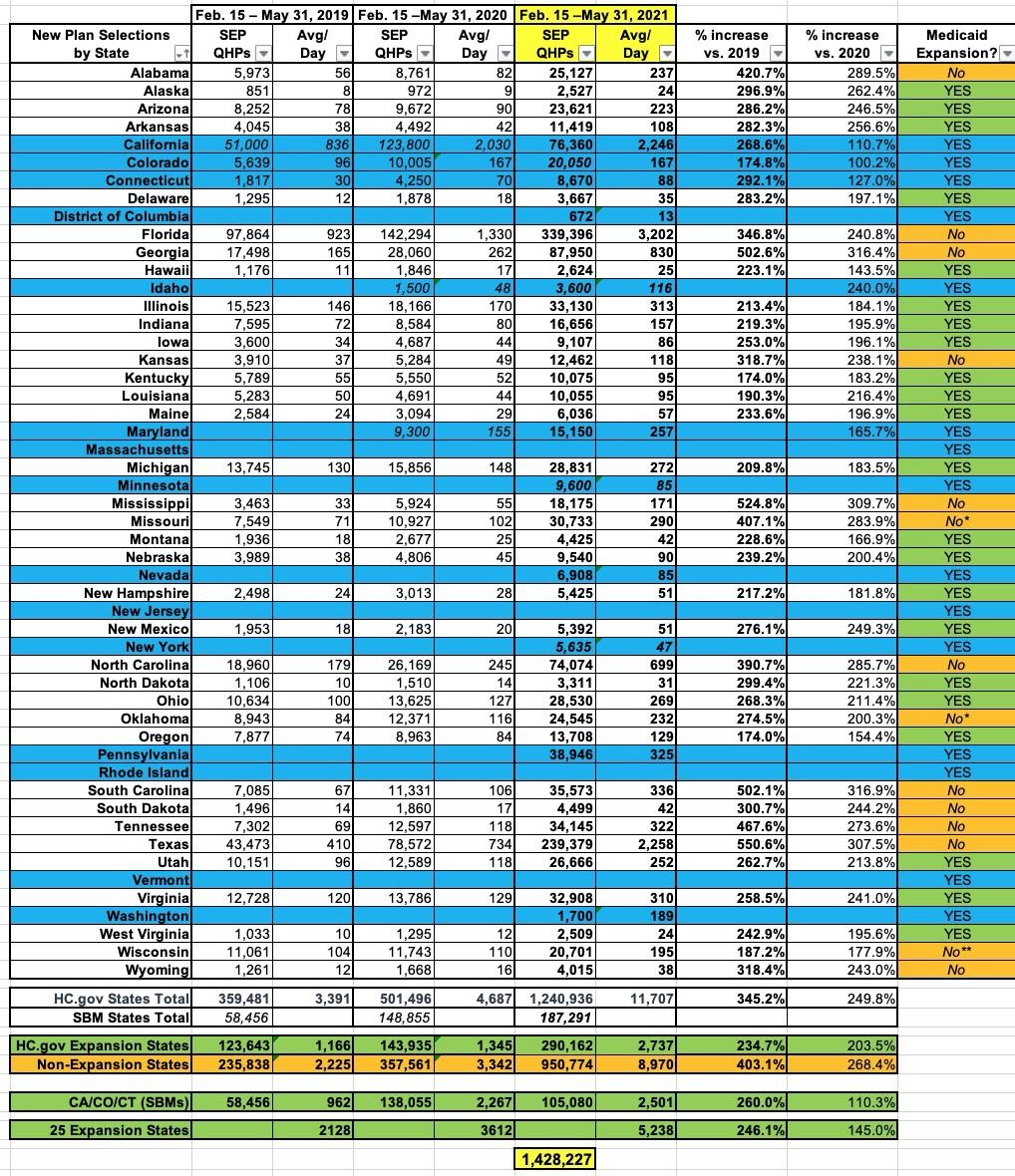 There's only 3 SBM states for which I have SEP enrollment for 2019 as well as 2021. They appear to be performing somewhat better than other expansion states, but not that much (260% or 2.6x higher vs. 2.35x). When you combine them with the other 22 expansion states I have comparison data for, it brings the average up to 246% (2.46x as many SEPs on average).