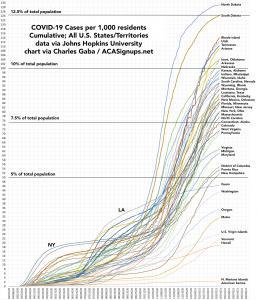 Utah, Tennessee, Arizona, Iowa, Oklahoma and Arkansas and Nebraska are up to 1 out of every 10 residents. 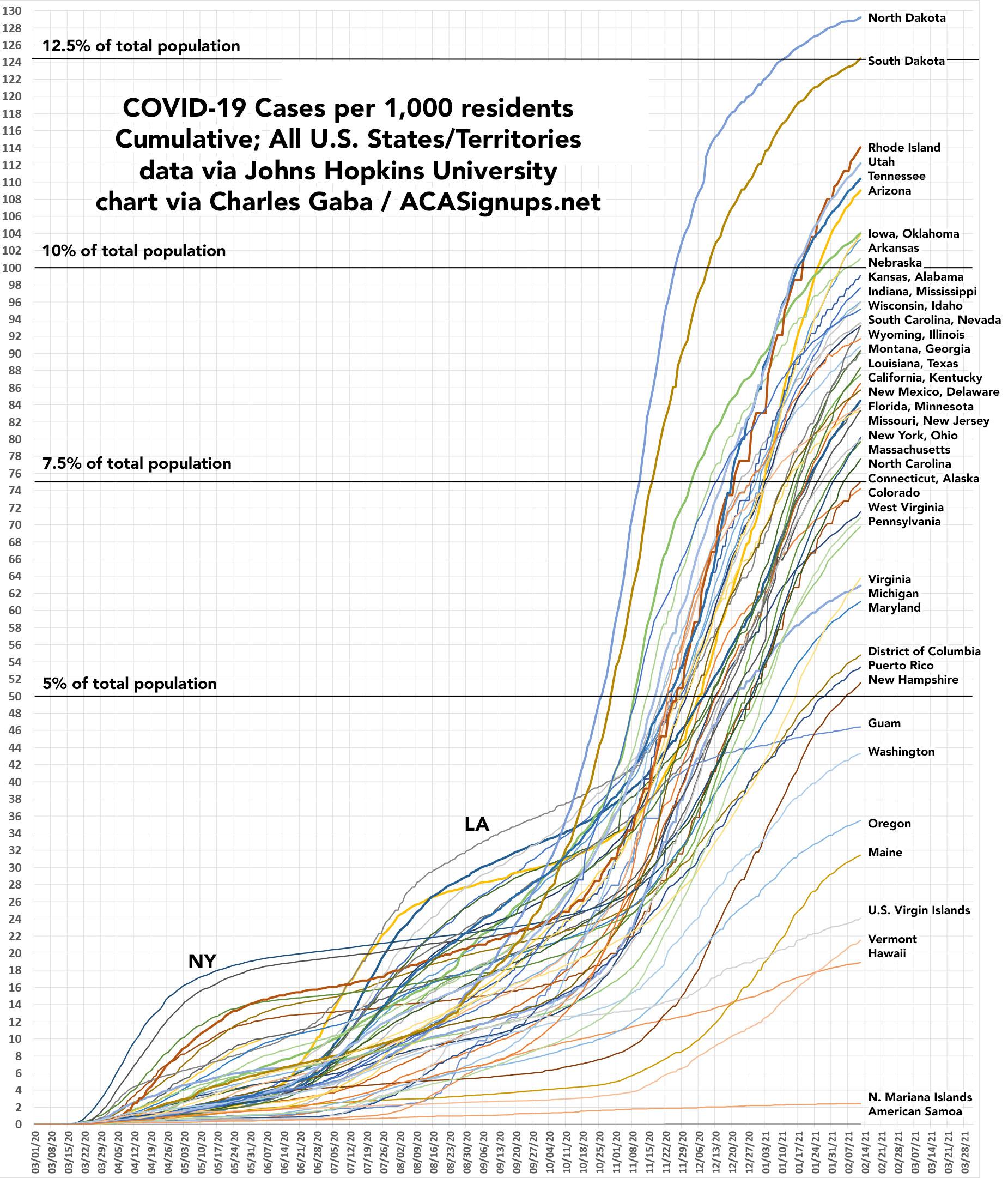 COVID-19 has killed more than 1 out of every 400 residents of New Jersey.

It's killed 1 out of every 500 residents of Massachusetts, Rhode Island, Mississippi, Connecticut, South Dakota and Arizona.

It's killed more than 1 out of 600 residents of Louisiana, North Dakota, Alabama, Pennsylvania, Indiana, Illinois, Arkansas and New Mexico,

It's killed at least 1 out of every 700 residents of Iowa, Michigan, Tennessee, South Carolina, Nevada, Kansas and Georgia. 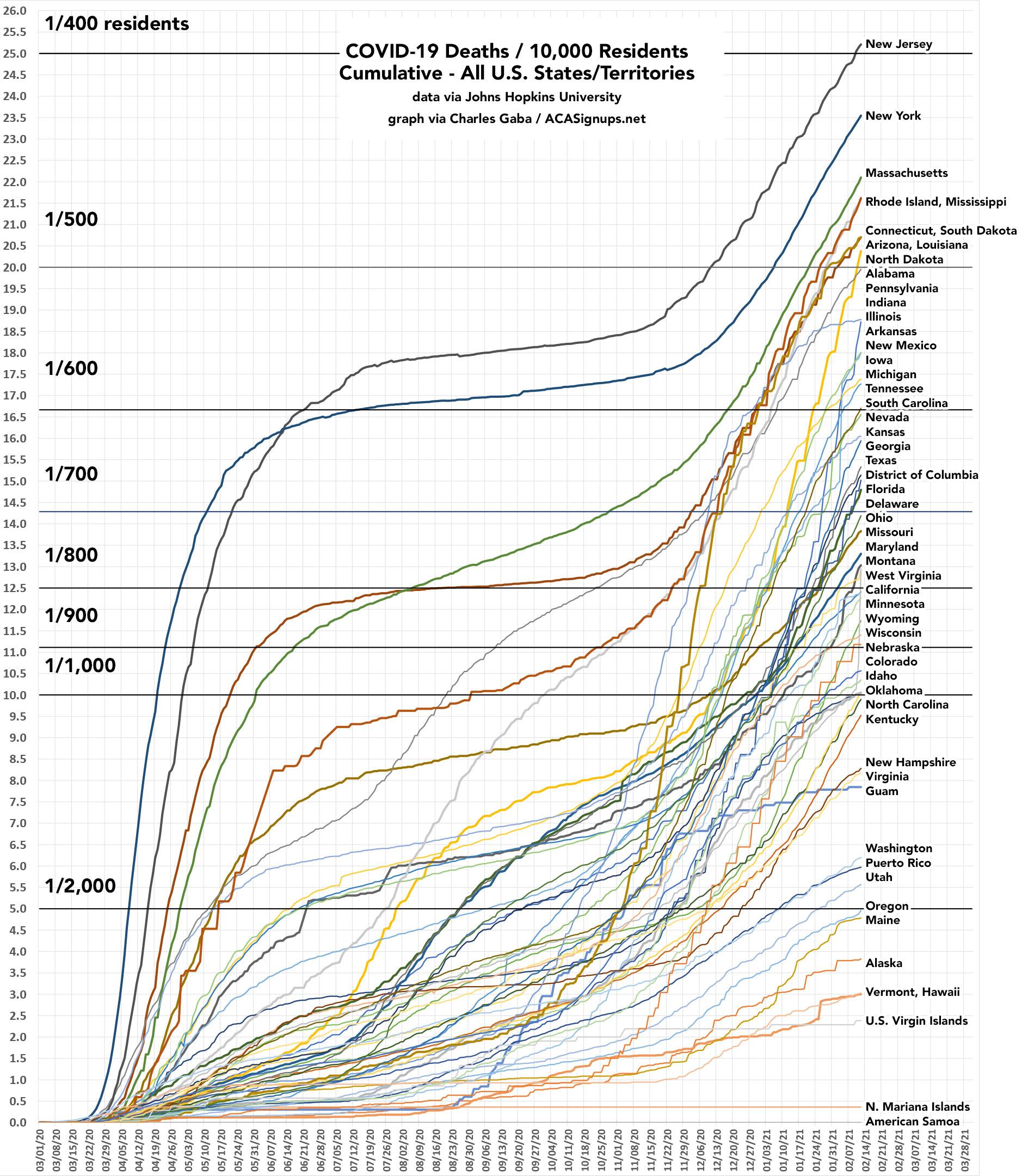