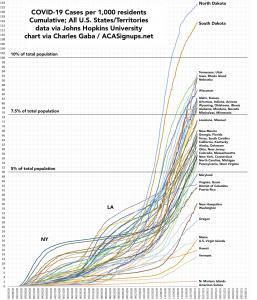 North Dakota has broken 12.5% of the entire population having tested positive, or over 1 out of every 8 residents.

Utah, Tennessee, Rhode Island and Iowa are on the verge of passing 1 out of every 10 residents.

34 states have seen at least 1 out of every 15 residents test positive. 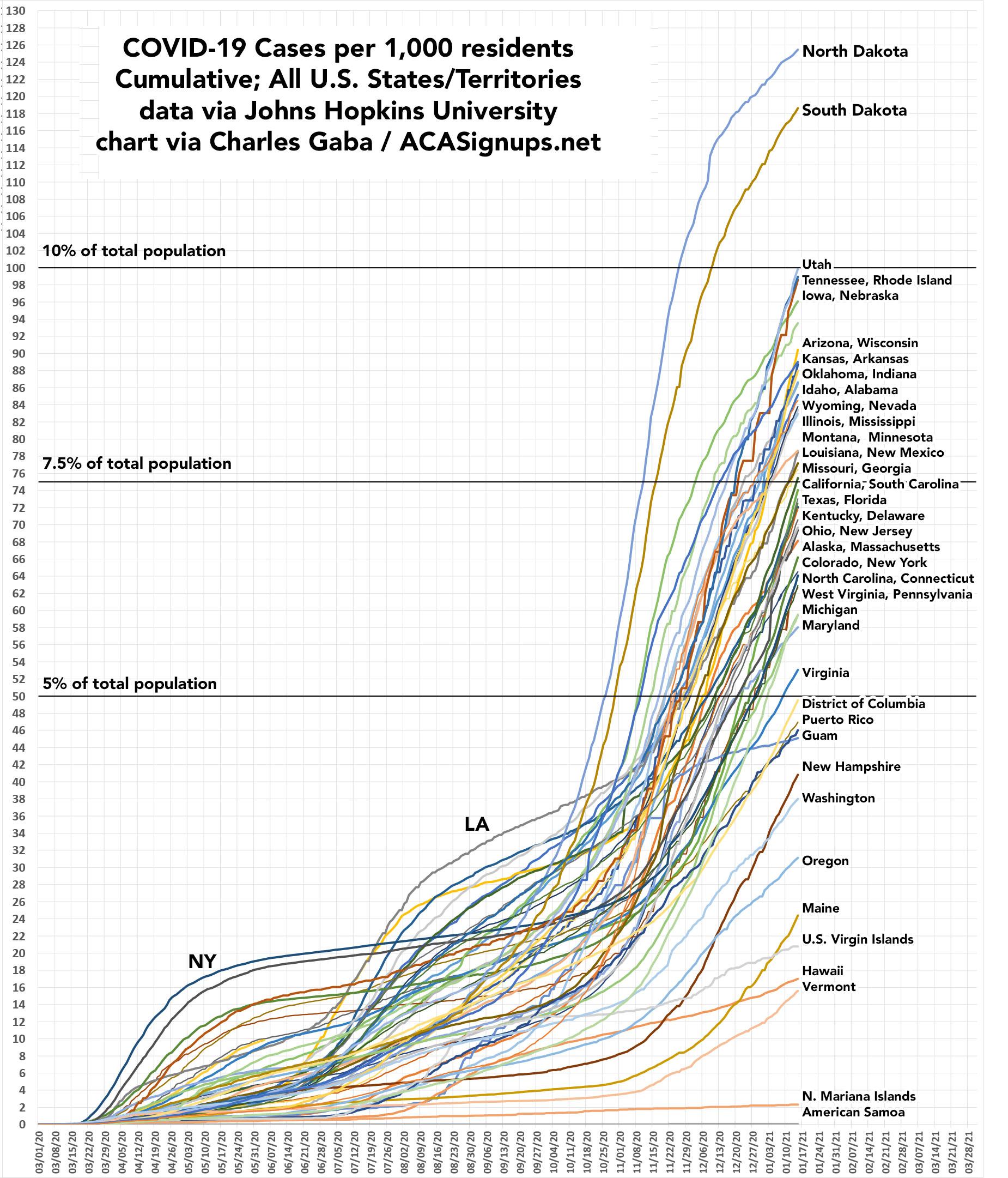 It's killed at least 1 out of every 700 residents of Illinois, Arizona, Pennsylvania and Michigan. 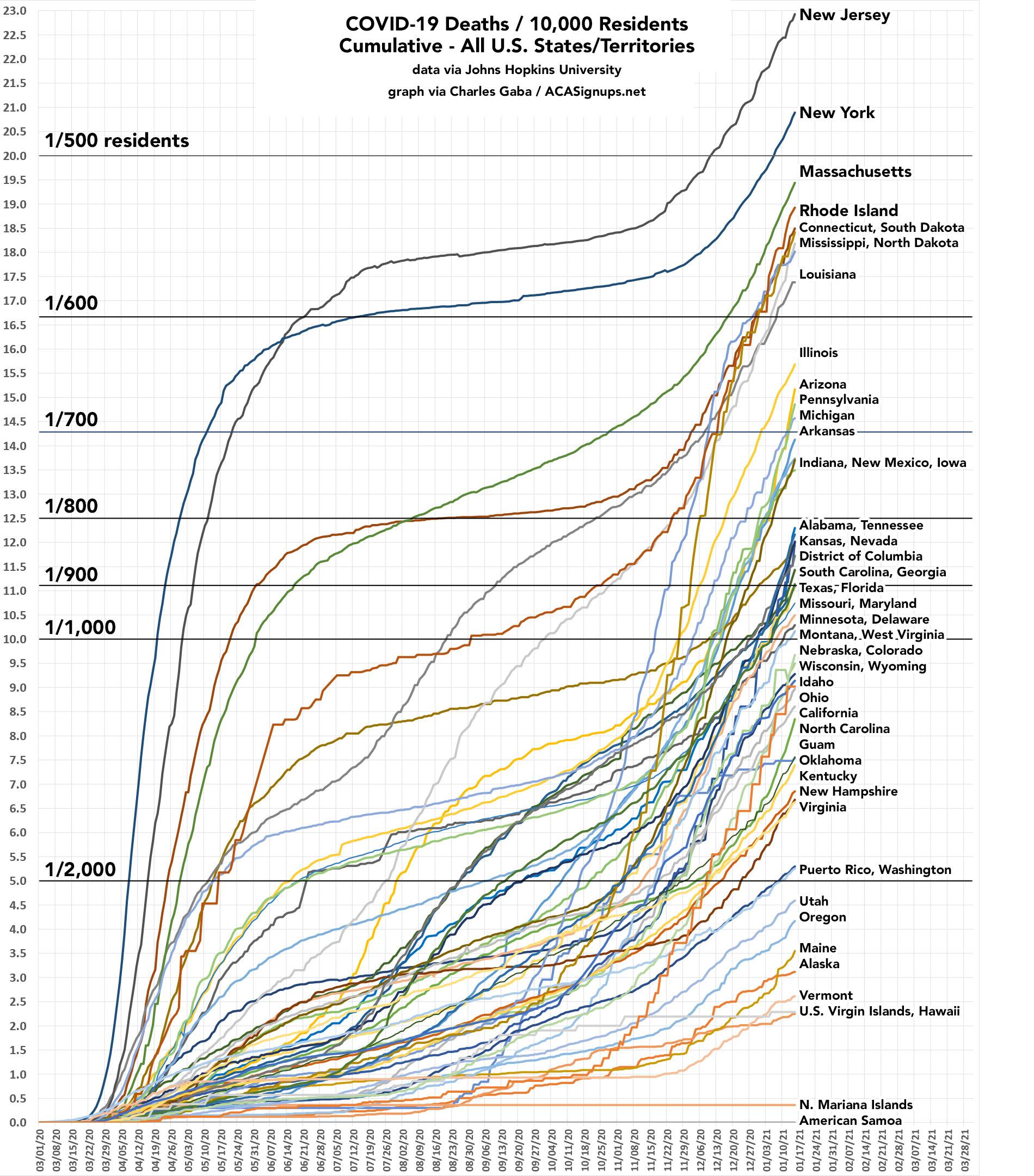