I've done my best to label every state/territory, which obviously isn't easy to do for most of them given how tangled it gets in the middle. For cases per capita, the most obvious point is that New York and New Jersey, which towered over every other state last spring, are now utterly dwarfed by North & South Dakota, although their surge seems to be finally dropping (although "dropping" is a relative term...it's still pretty awful everywhere).

North and South Dakota are the first two states where more than 10% of the entire population has tested positive (in fact, North Dakota is about to hit 12%). A few other states could all potentially hit the 10% milestone by New Year's Eve as well. 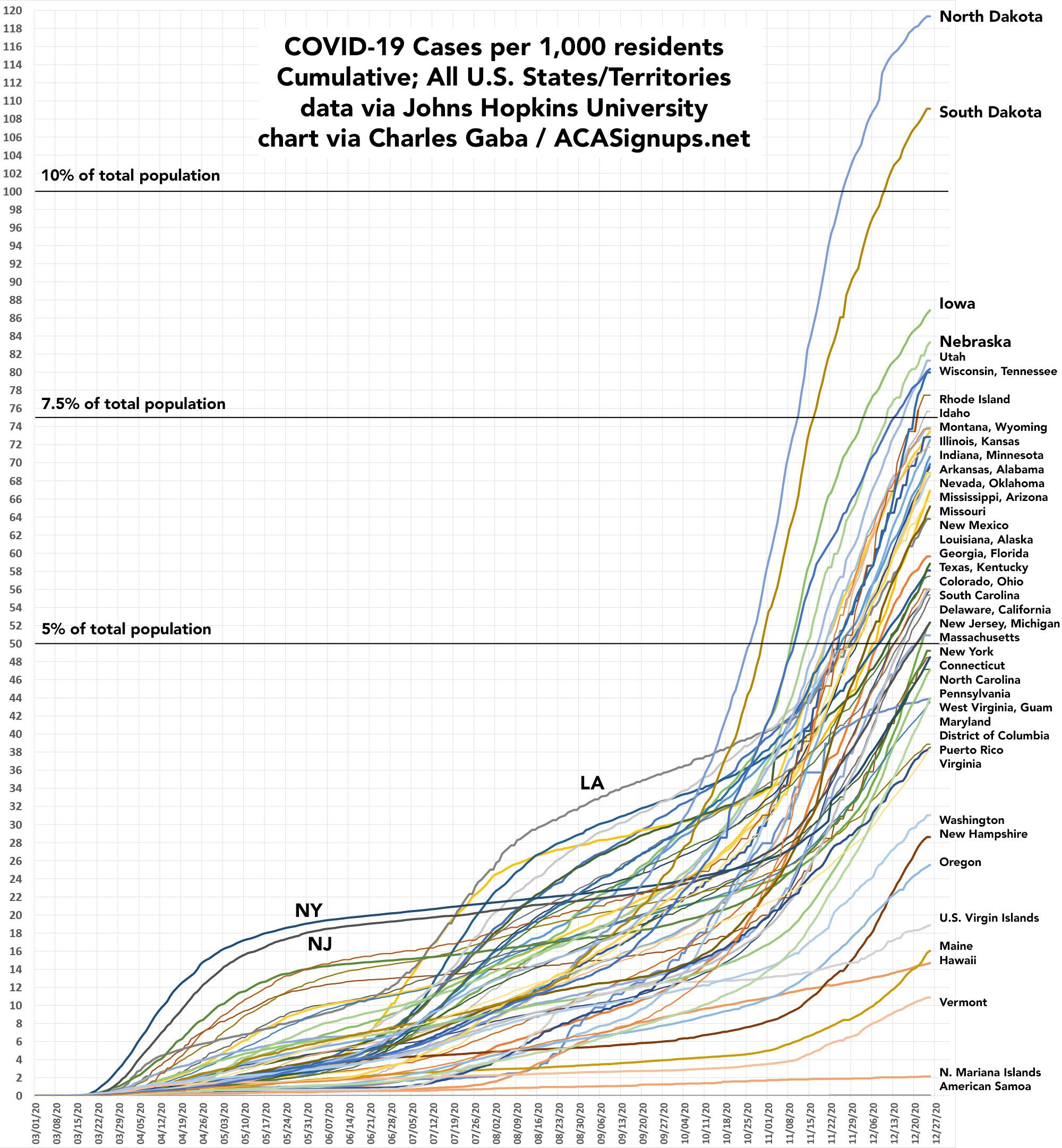 New Jersey is the first state in which COVID-19 has killed more than 1 out of every 500 residents. There are eight other states where it's killed 1 out of 750 or more: New York, Massachusetts, North Dakota, Connecticut, Rhode Island, Louisiana, South Dakota and Mississippi.

Nineteen states have now broken the 1 out of 1,000 threshold, and several more will likely hit that point by New Year's Eve. 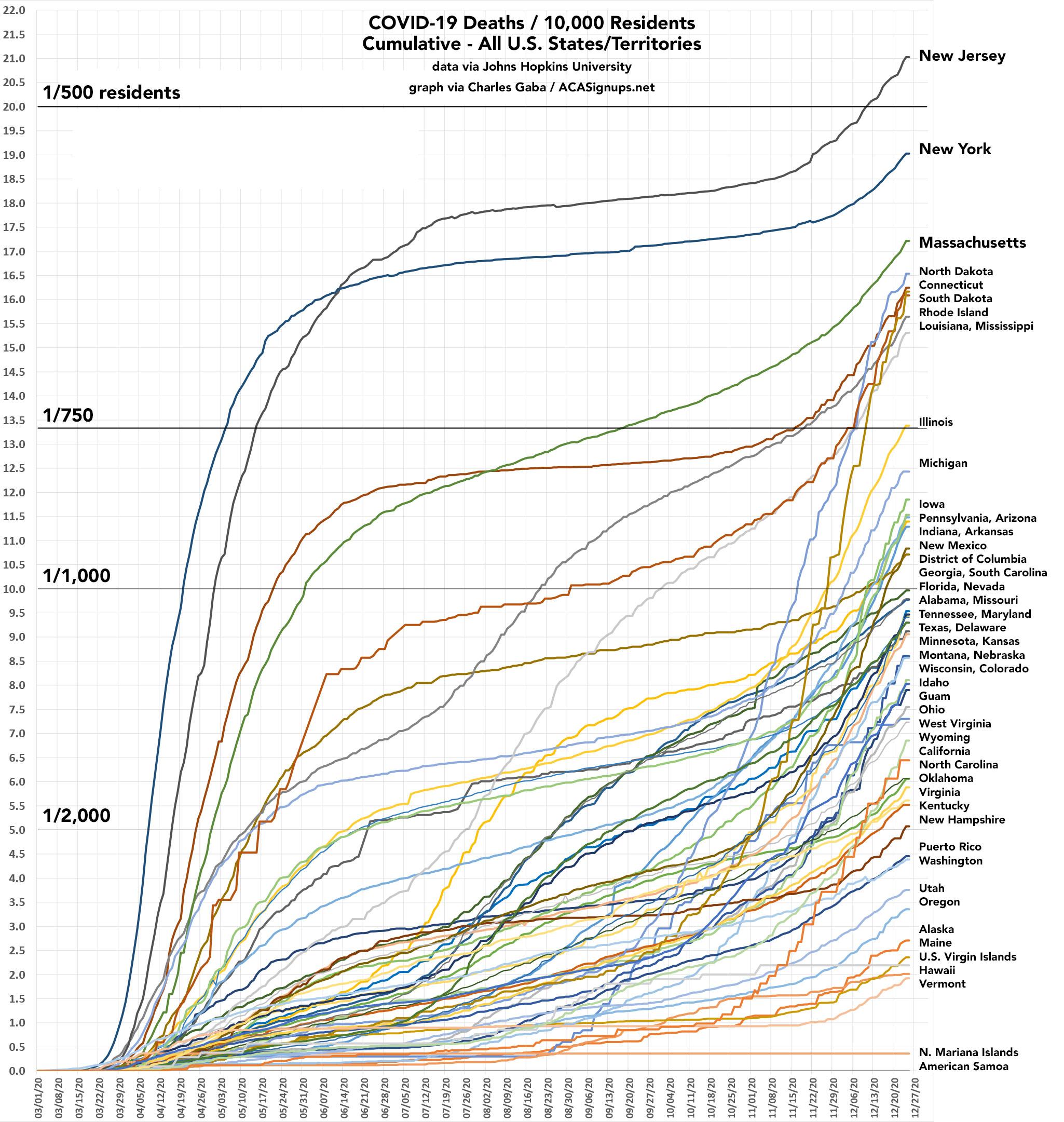