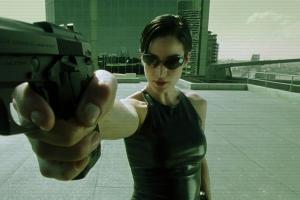 TRENTON — New Jersey Department of Banking and Insurance Commissioner Marlene Caride today urged residents shopping for health insurance this open enrollment period to be aware of health plans with limited coverage that – unlike the health plans available at Get Covered New Jersey, the state’s official health insurance Marketplace – do not cover basic services and pre-existing conditions.

The warning comes as the department took action today against Aliera Companies and its subsidiary, Trinity Healthshare, for using deceptive practices and misleading consumers into purchasing plans that were being sold illegally in the state and did not cover the services consumers expected. In some cases, consumers only realized they were enrolled in a plan without comprehensive coverage when they were denied coverage for a health care service.

As a result of a recent Georgia court order, the New Hampshire Insurance Department is advising consumers that Aliera, a company that markets itself as a health care sharing ministry, may be operating illegally in New Hampshire.

In the past, Aliera acted as a plan administrator to Unity Healthshare, which is a qualified health care sharing ministry. In a recent letter, Unity Healthshare members were notified about a pending legal action in the Superior Court of Fulton County, Georgia between Aliera and Unity Healthshare. It includes a court order which made findings about Aliera, Unity, and certain individuals involved with Aliera’s operations.

The Georgia court found that “the evidence shows that Aliera has taken actions to misappropriate [Unity’s] assets; namely by unilaterally attempting to transition the Unity HCSM plans to Trinity.” The court also found that the company misrepresented itself to state insurance regulators, and that “Timothy Moses, who exercises substantial control over Aliera, was convicted of felony securities fraud and perjury in federal court.”

Well...not quite. Let's take a look. First, the caveat at the lower-right corner says this:

Note: Aliera Healthcare is a Health Sharing Plan and is not offered through Covered California.

The Colorado Division of Insurance, part of the Department of Regulatory Agencies, issued cease and desist orders for Trinity Healthshare and Aliera Healthcare. Trinity represents itself as a health care sharing ministry. Aliera is the administrator, marketer and program manager for Trinity.

The DOI has received a number of complaints from consumers regarding these companies and is concerned that the companies may be using misleading marketing practices. The DOI orders require the companies to immediately cease and desist conducting insurance business in Colorado.

Back to the New Jersey press release...

“With the Open Enrollment Period underway, we are encouraging residents to be mindful of health plans which are not comprehensive and do not provide the essential health benefits required by the Affordable Care Act. Many people who purchase these plans only realize they are not comprehensive when they are denied coverage for a medical necessity. No one in need of health care should be put in that position, especially in the midst of a pandemic,” said Commissioner Caride.

“When shopping for coverage, residents should know that all health insurance plans available through Get Covered New Jersey offer comprehensive coverage and they cannot be denied due to a pre-existing condition. There are also local assisters who are available to help residents enroll in a plan and to answer questions about their available options.”

On Dec. 23, the Department ordered Aliera Companies (Aliera) and its subsidiary, Trinity Healthshare (Trinity), to stop transacting business in New Jersey after the companies were found to be operating illegally in the state and issued an Order to Show Cause. Aliera administered and marketed health coverage in New Jersey on behalf of Trinity. Trinity represented itself as a health care sharing ministry, which would have made it exempt from regulation by the Department if true. However, the Department found that Trinity does not meet the statutory requirements that health care sharing ministries must meet. To qualify as a HCSM, an organization must have been in operation and continuously sharing member healthcare costs since Dec. 31, 1999. Trinity was established in 2018.

The Department received several complaints from consumers about the company’s misrepresentations and claim denials. Some believed the plans they were purchasing were affiliated with HealthCare.gov. Others believed they had purchased health insurance and did not realize they had joined a health care sharing ministry until they were denied coverage for treatment.

“The department is committed to protecting consumers against deceptive practices by companies operating in the state. Our residents deserve to know that when they purchase a health insurance policy in New Jersey, they are getting what they expect from their plan and will be covered when they need it.  Bad actors need to know that when they purposely mislead consumers and betray their trust, they will be held accountable,” said Commissioner Caride.

Aliera and Trinity have 20 days from the day the order was issued to respond. Penalties for violations of the law could include fines and restitution of money owed or paid by affected parties.

Health care sharing ministries (HCSM) are organizations in which health care costs are shared among members who have common ethical or religious beliefs. While these plans are not prohibited in New Jersey, residents should understand that these plans are typically limited in coverage, exclude pre-existing conditions and often do not provide comprehensive benefits. Since they do not meet the federal definition for health insurance, HCSMs are not subject to the consumer protections of the Affordable Care Act and are not regulated.

The department is encouraging residents who believe they may have purchased a noncompliant plan to call the department’s Consumer Hotline at 1-800-446-7467 (8:30 a.m. to 5:00 p.m. EST Monday through Friday). If residents want to file a complaint, they may do so via the hotline or by going to the department website and clicking on Consumer Assistance – Inquiries/Complaints. To report the marketing of short-term plans to the department, which are banned in the state, go here.

Residents shopping for health insurance should know that all plans sold at Get Covered New Jersey, the state’s official health insurance Marketplace, are ACA compliant and cover essential health benefits, including mental health services, emergency services, hospitalization and maternity and newborn care. The Open Enrollment Period for Get Covered New Jersey runs until Jan. 31, 2021. Residents must enroll in coverage by Dec. 31 for coverage starting on Jan. 1. For more information about health plans and financial help available, visit GetCovered.NJ.gov.

The Order to Cease and Desist may be found here.

The Order to Show Cause may be found here.