North and South Dakota are the first two states where more than 10% of the entire population has tested positive (in fact, North Dakota is about to hit 12%. Iowa, Wisconsin, Nebraska and Utah could all potentially hit the 10% milestone by New Year's Eve as well. 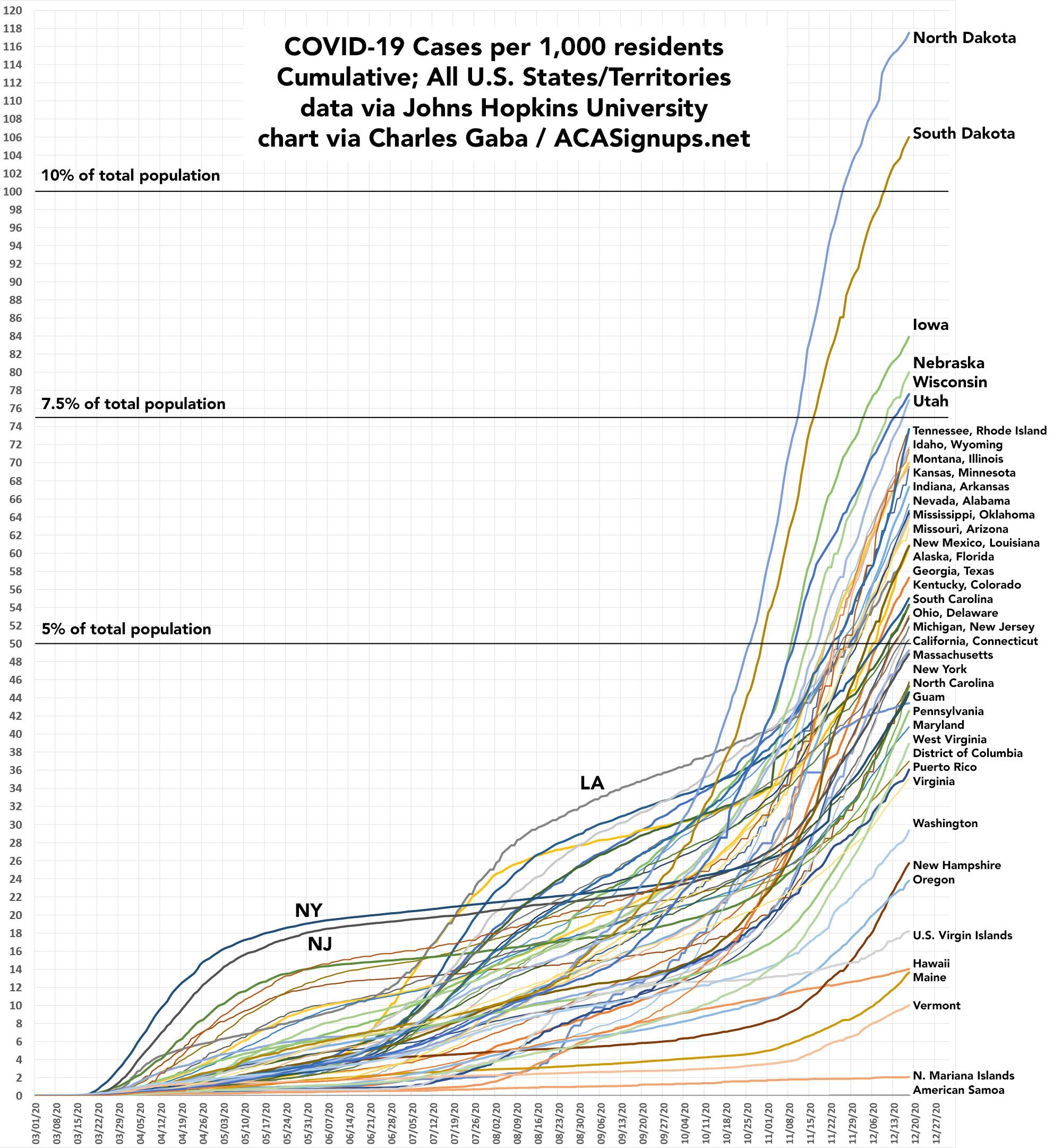 New Jersey is the first state in which COVID-19 has killed more than 1 out of every 500 residents. There are eight other states where it's killed 1 out of 750 or more: New York, Massachusetts, North Dakota, Connecticut, Rhode Island, Louisiana, South Dakota and Mississippi.

Eighteen states have now broken the 1 out of 1,000 threshold, and several more will likely hit that point by New Year's Eve. 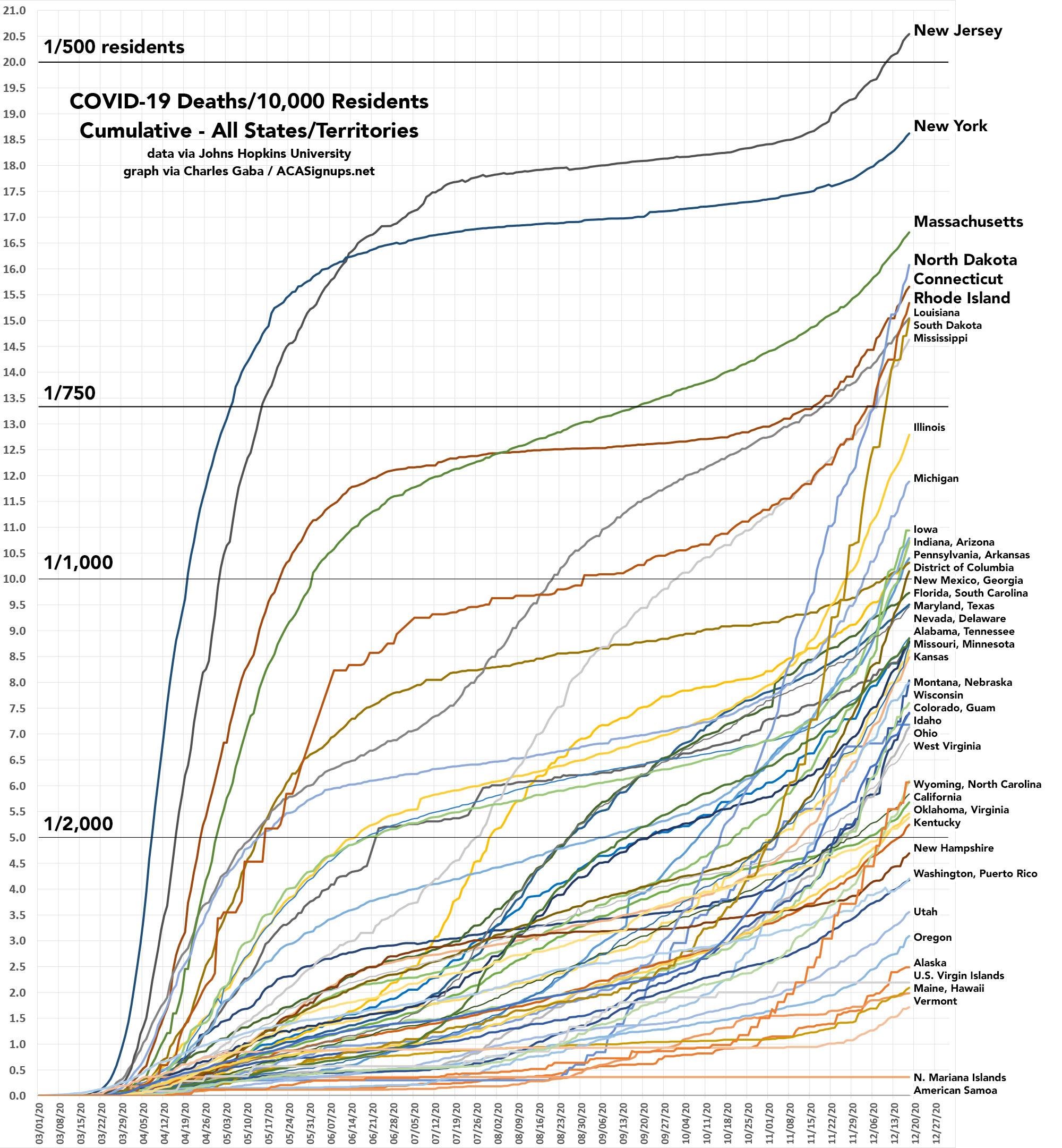