North Dakota recently became the first state to cross the 10% infection threshold, with South Dakota not far behind. Iowa, Wisconsin, Nebraska and Utah could all potentially hit the 10% milestone by New Year's Eve as well. 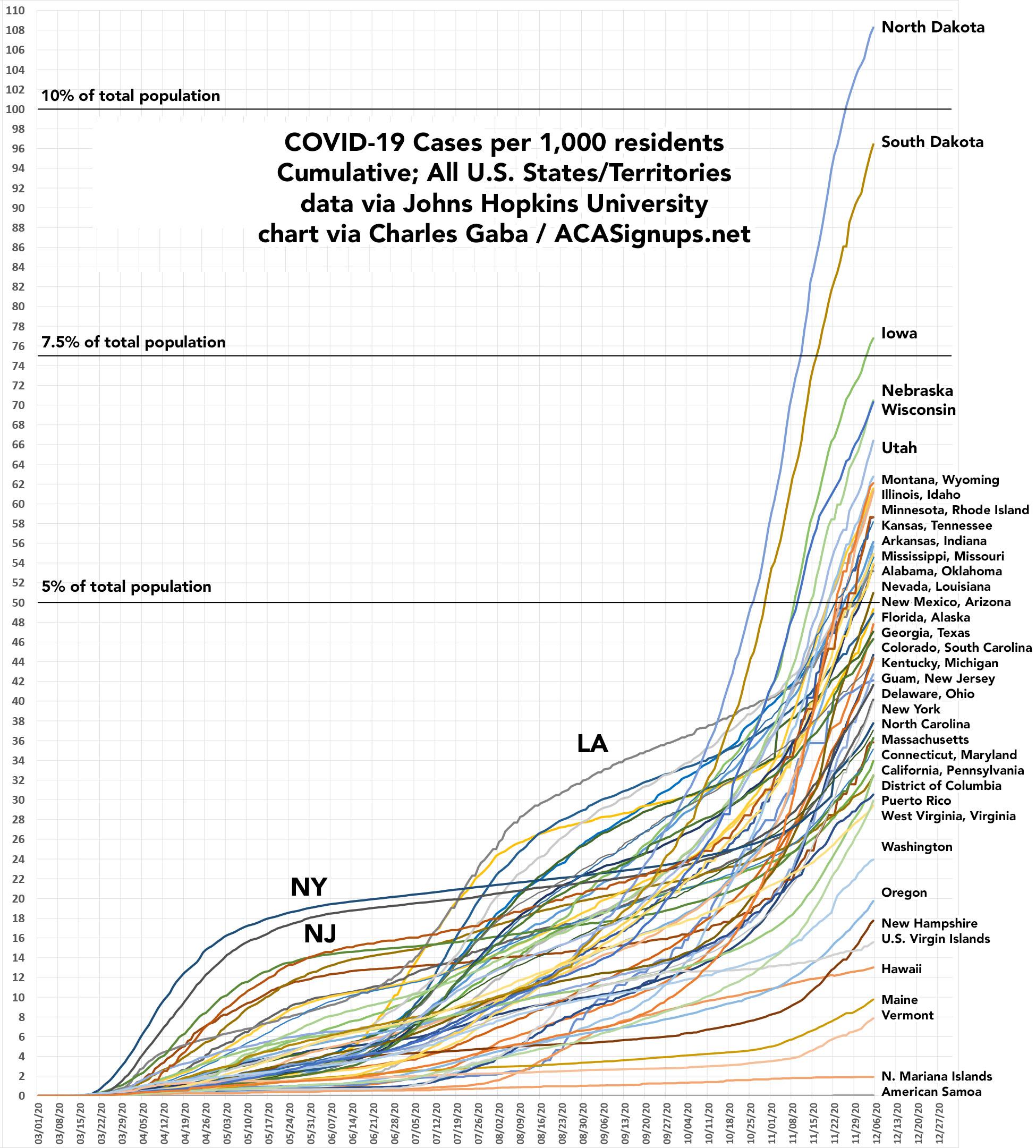 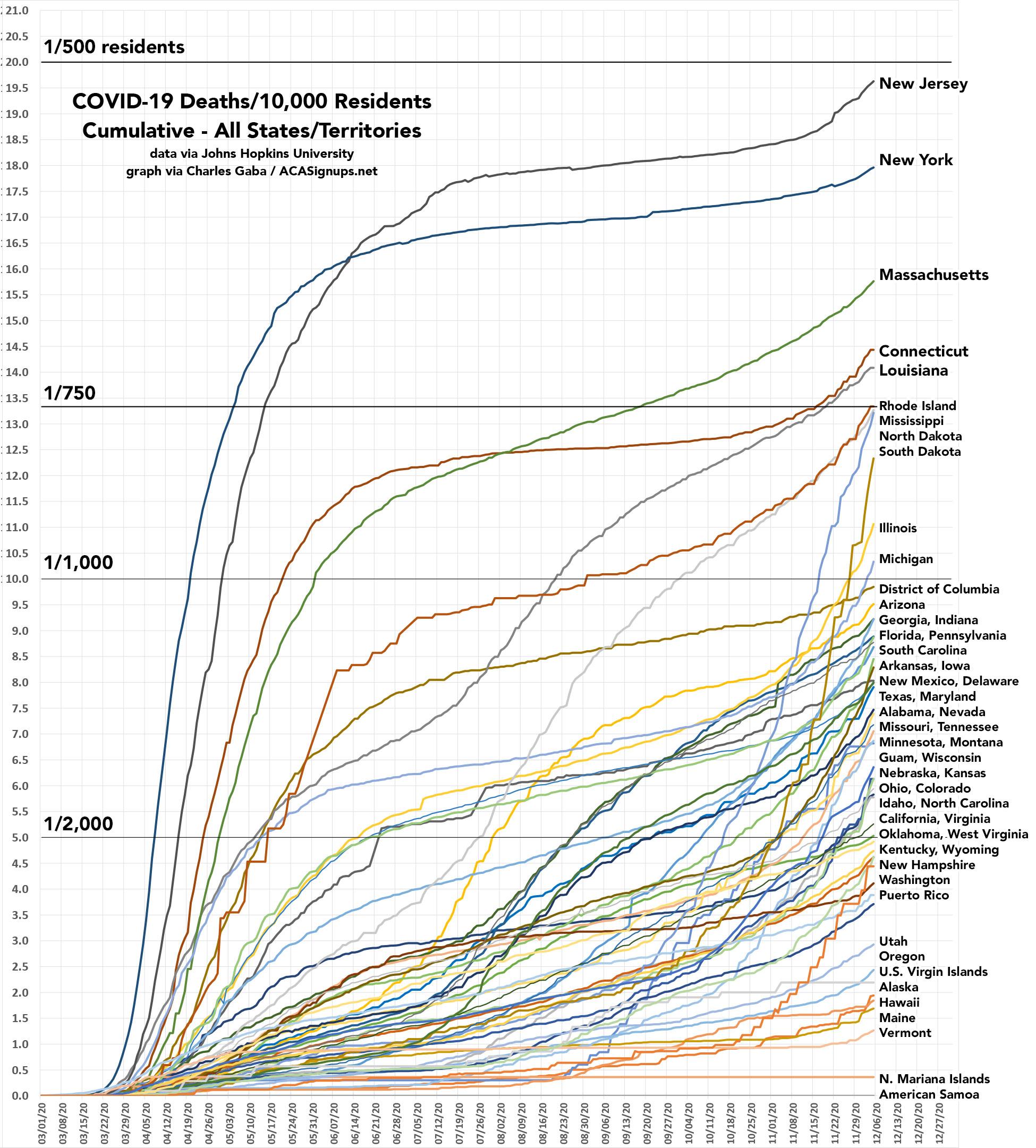