My 2021 Rate Change project isn't complete yet for two reasons: First, I only have the final/approved 2021 rate filings for 18 states as of today (vs. preliminary rates for all 50 states + DC). Second, a higher-than-usual number of carriers have made it impossible (or at least highly difficult) to dig up their effectuated enrollment data for 2020.

Having said that, it definitely looks like average unsubsidized premiums are only going up modestly next year. The national average increase based on preliminary rate filings is just 2.1%, and across the 18 states I have approved rates for, it's even lower...just 0.4%.

It's possible that the remaining states will bring the approved average up higher, of course, but unlikely...note that in 16 of the 18 states I have final numbers for so far, the approved average is either identical or lower than the preliminary rates asked for. I'm fairly confident that when all the final numbers are available, the national average will be somewhere between the 0.4 - 2.1%, likely around +1.2% or so. 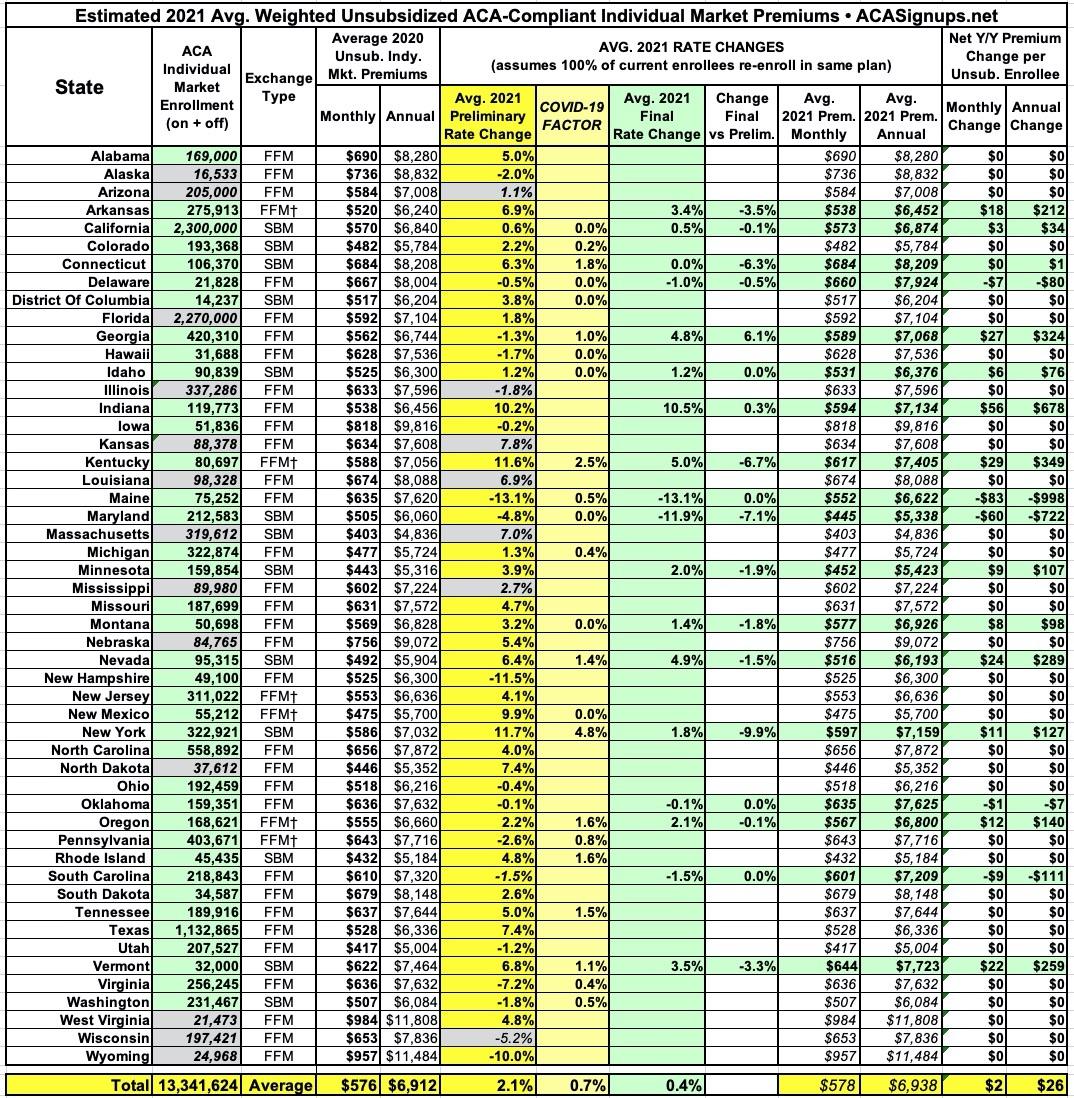