Today, I'm looking at Michigan's 12th Congressional District. MI-12 stretches from Detroit to Ann Arbor, and has been represented by Democrat Debbie Dingell since her husband, the legendary John Dingell, retired in 2015: 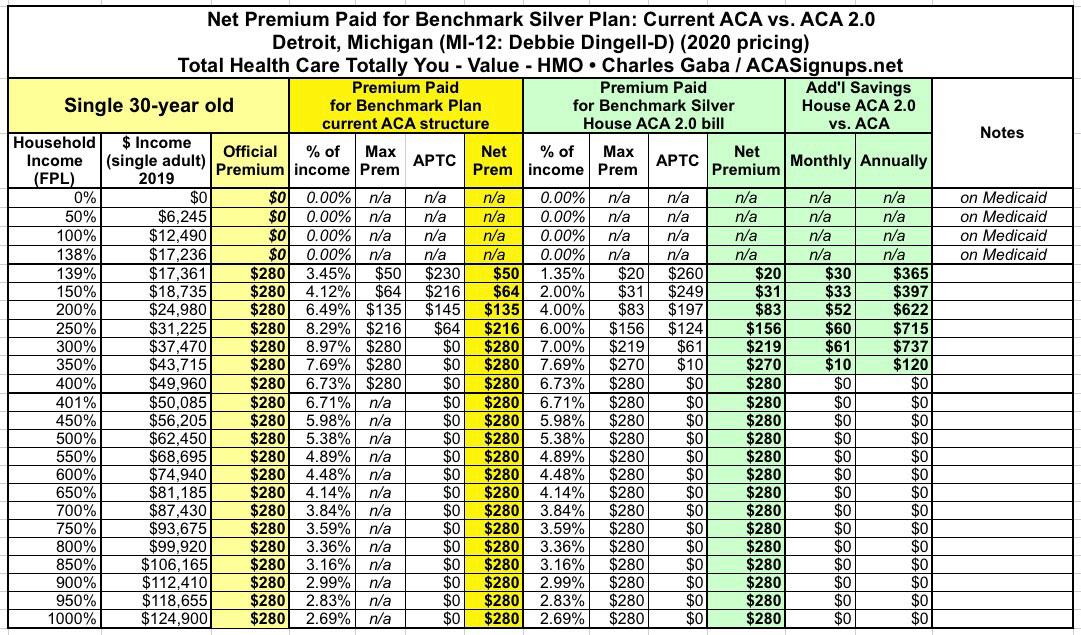 Without any subsidies, this young adult would be paying $280/month regardless of his or her income. Under the current ACA subsidy formula, they qualify for Medicaid up to an income of a little over $17,000/year. Over that their monthly premiums start at $50/mo, then gradually increase to the full $280/mo. Under H.R.1868, that $50/mo would drop down to $20/mo, and others in that range would save up to $61 more per month or $737/year. 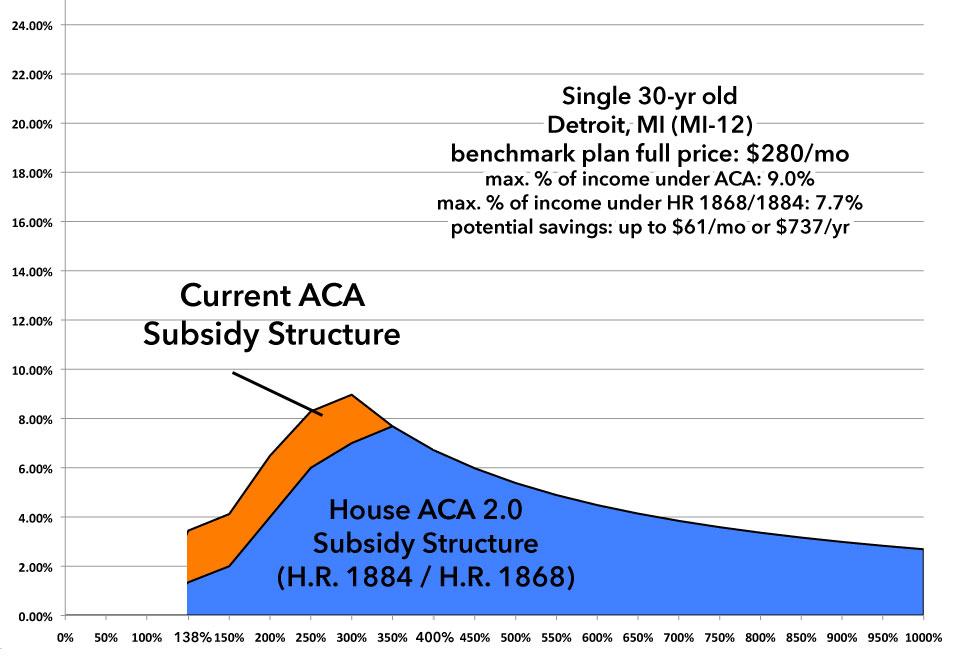 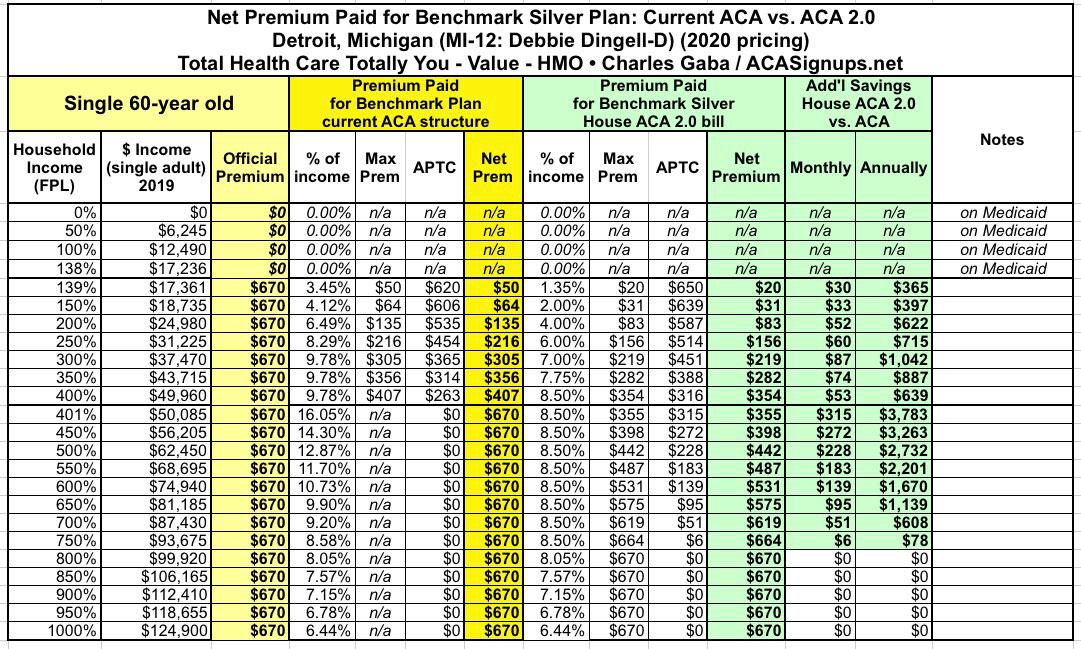 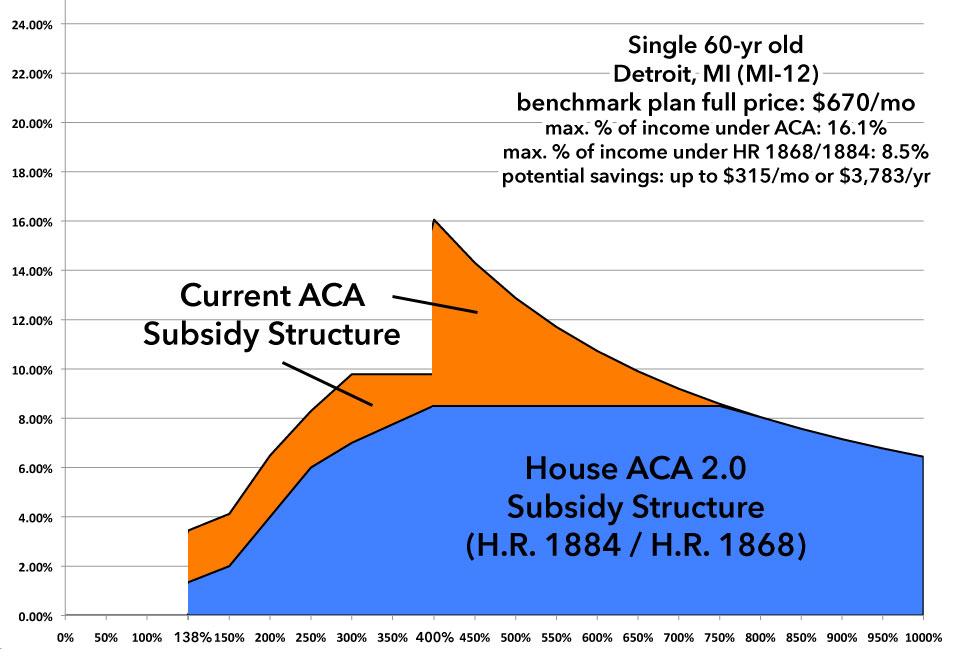 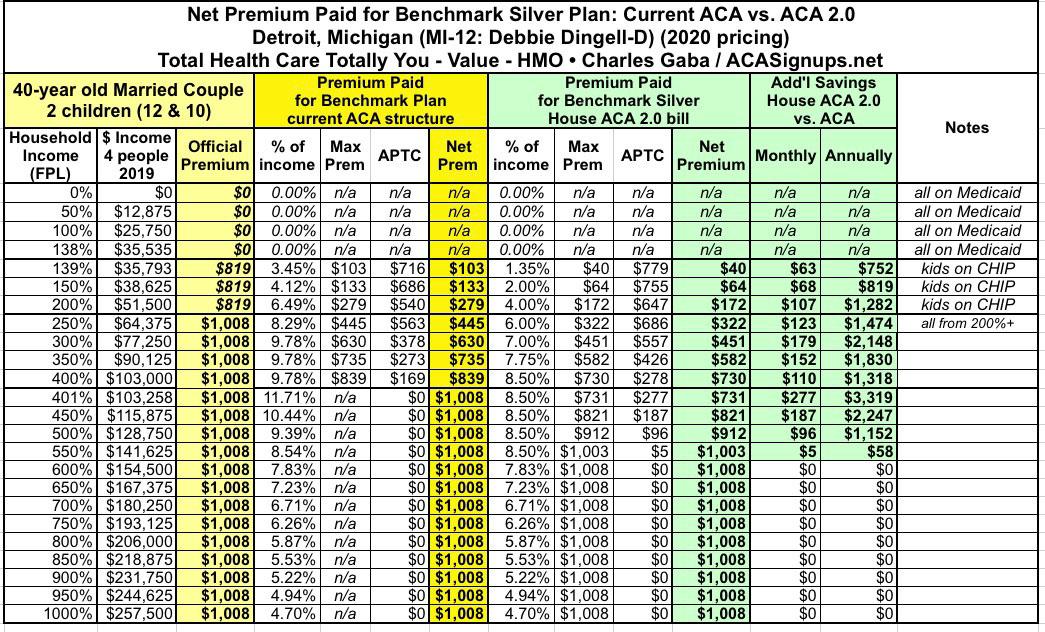 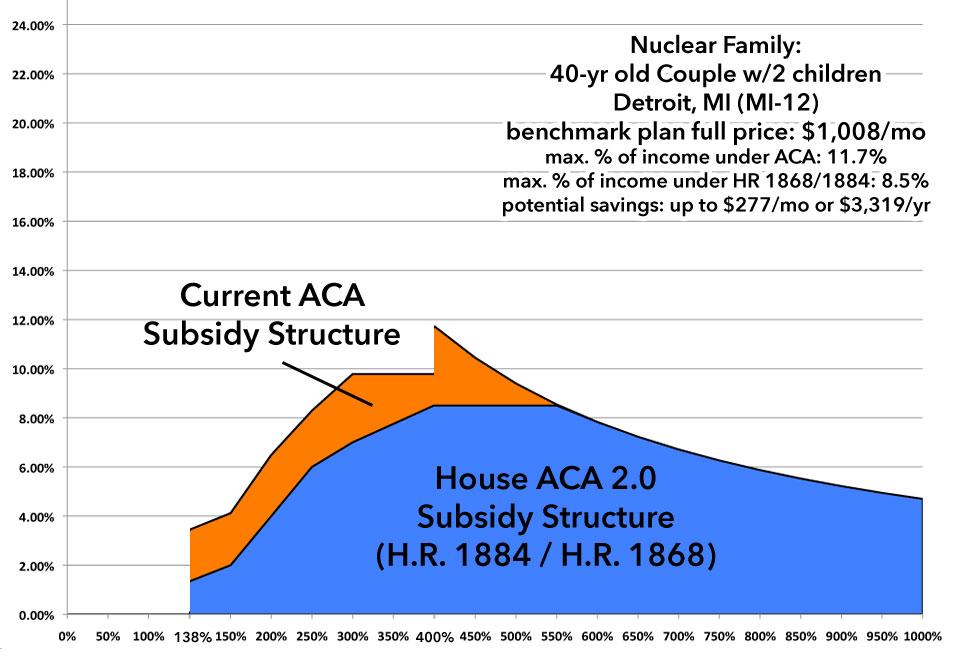 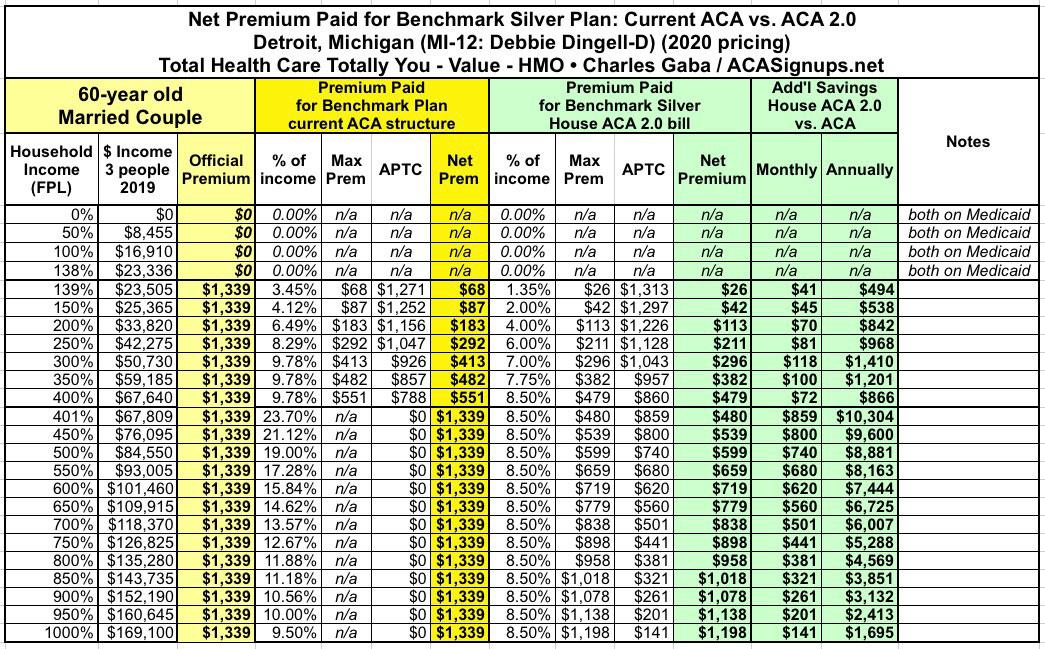 Under the current ACA formula, if they earn between $68,000 and, say, $140,000/year, this couple is almost certainly not going to buy any ACA plan unless one of them has extremely expensive conditions...at full price they'd have to pay as much as 23.7% of their income in premiums alone. The Subsidy Cliff is now a Subsidy Chasm. 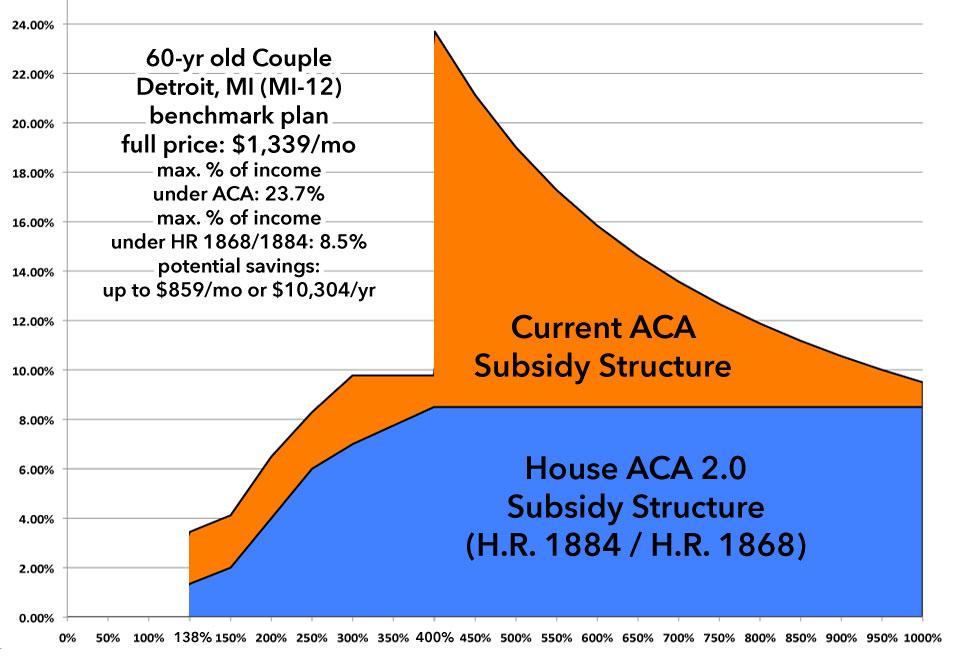