Michigan's 4th district, MI-04, covers most of central Michigan. The highest-population zip code in the district is located in Mount Pleasant, MI, in the heart of Isabella County. MI-04 is represented by Republican John Moolenaar. 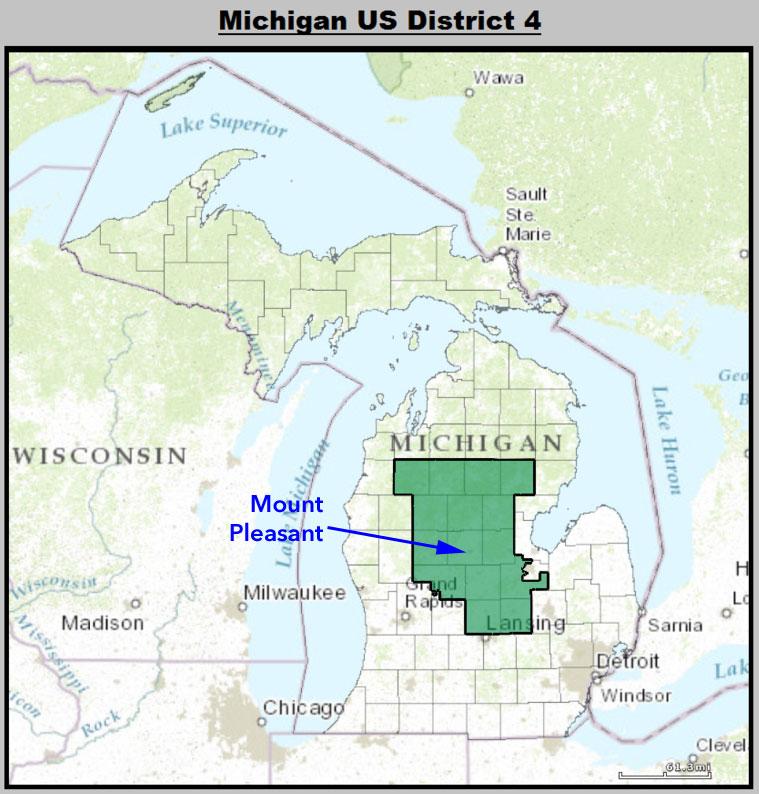 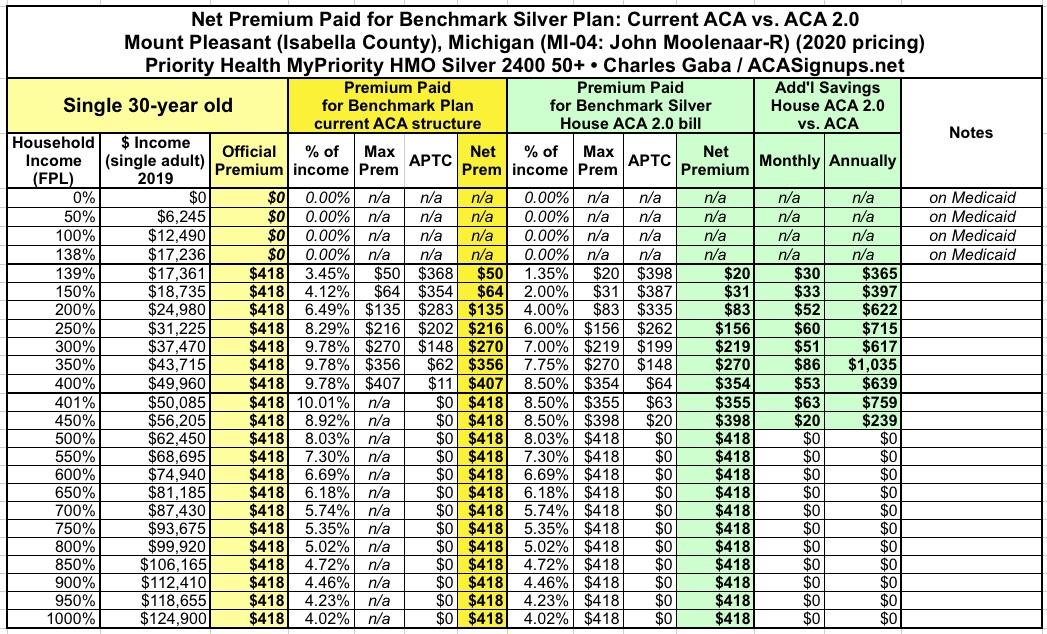 WIthout any subsidies, this young adult would be paying $418/month regardless of his or her income. Under the current ACA subsidy formula, they qualify for Medicaid up to an income of a little over $17,000/year. Over that their monthly premiums start at $50/mo, then gradually increase to the full $418/mo. Currently, they just barely hit the 400% FPL subsidy cliff, although only by a few dollars. Even so, if they earn between $50K - $60K/year, they'd save up to $63/mo or $759/yr! 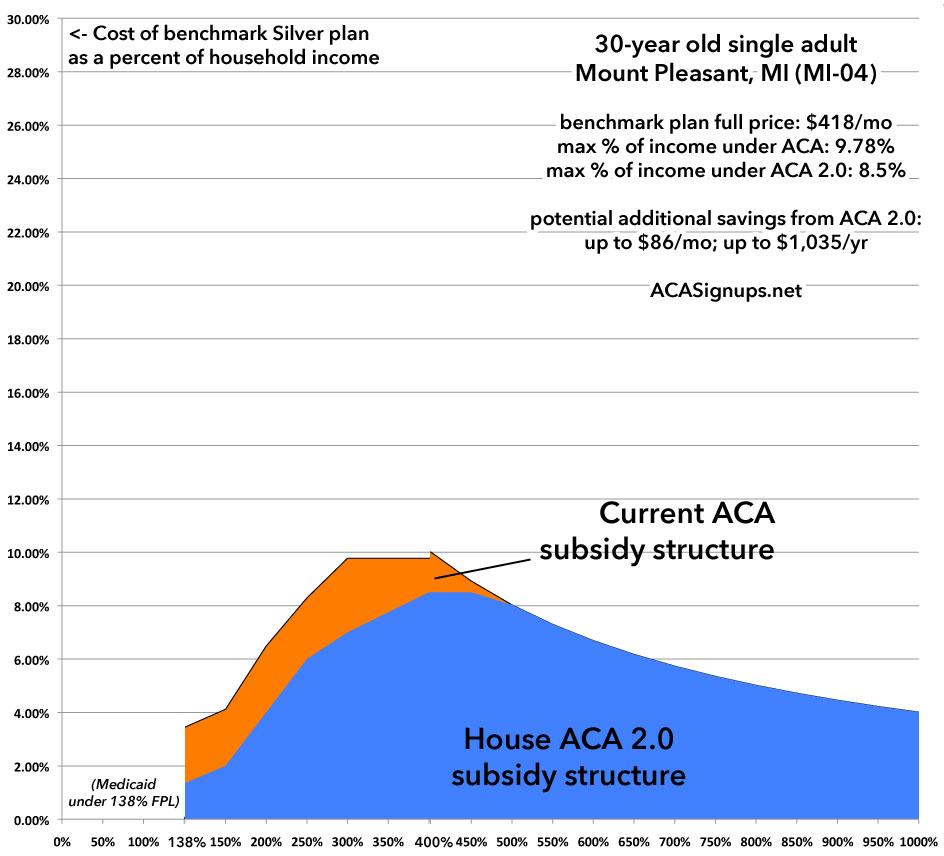 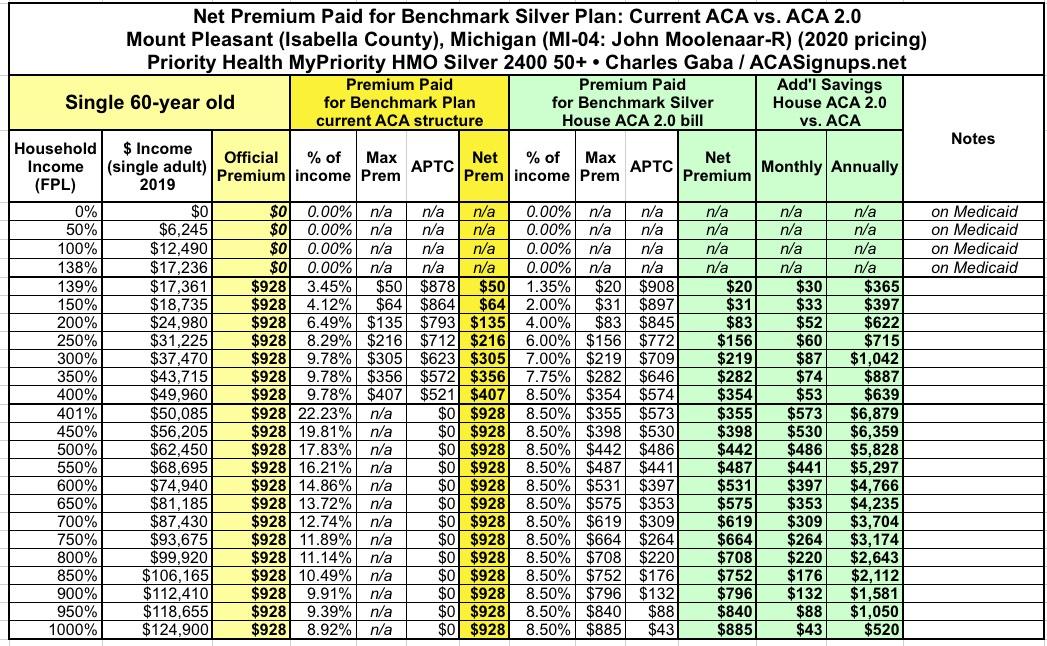 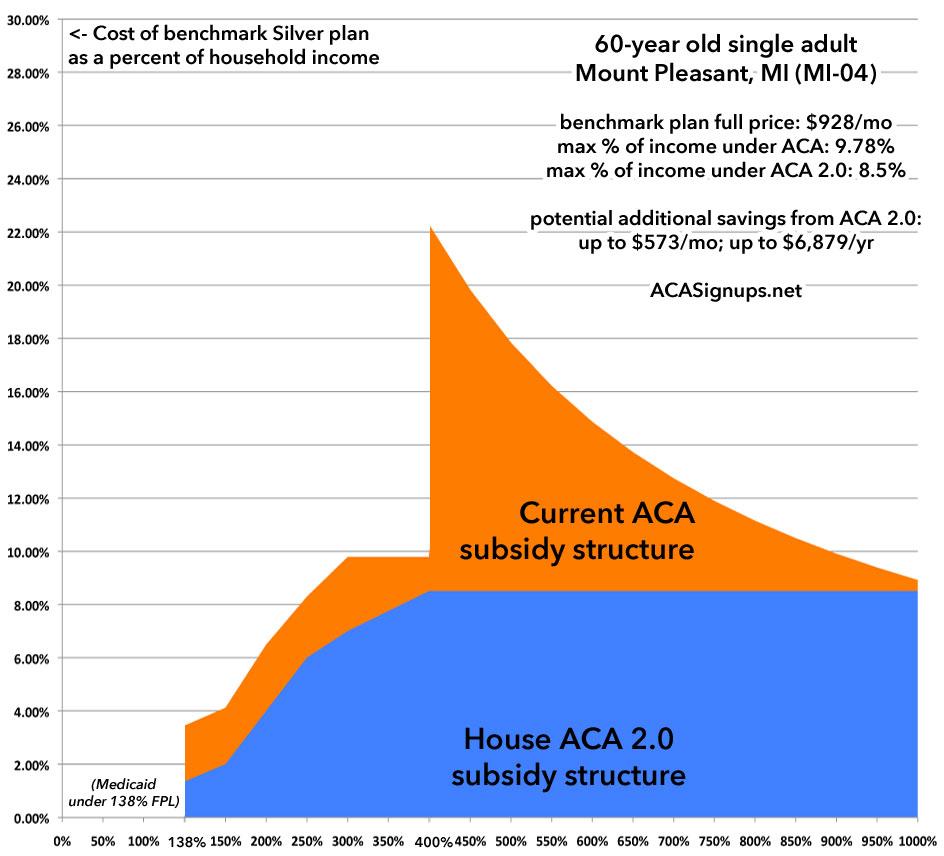 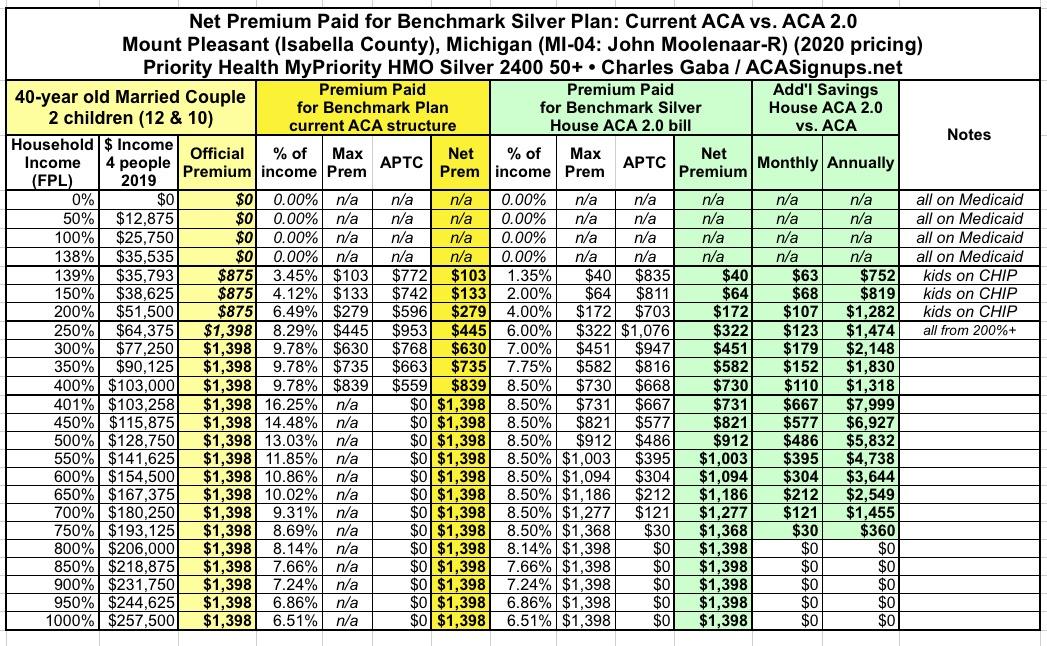 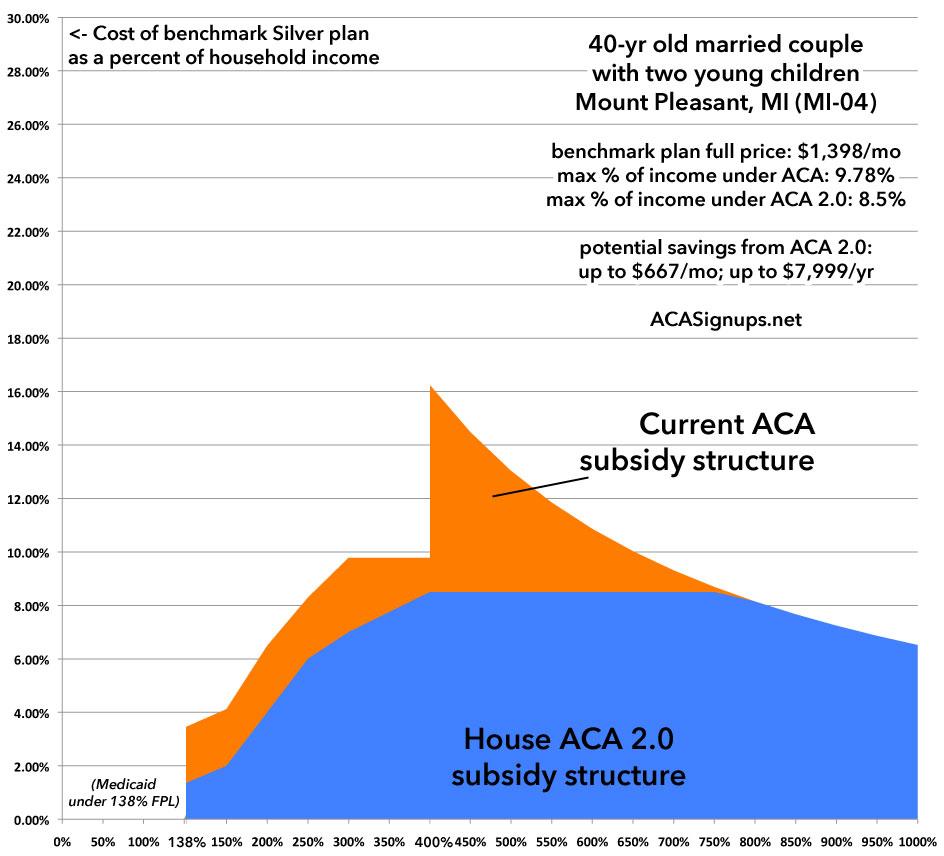 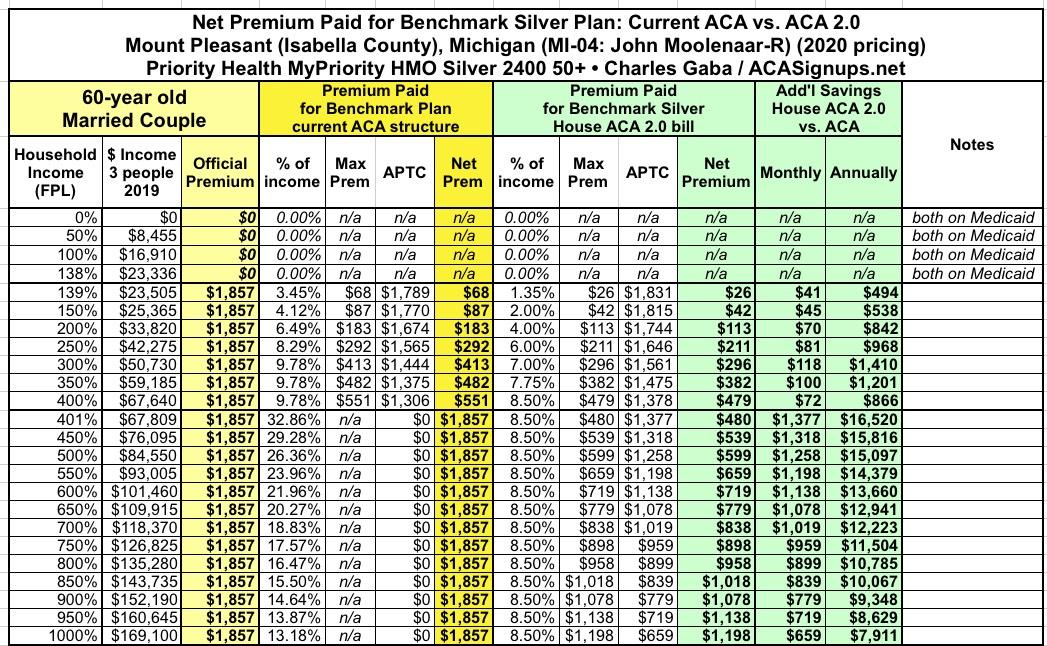 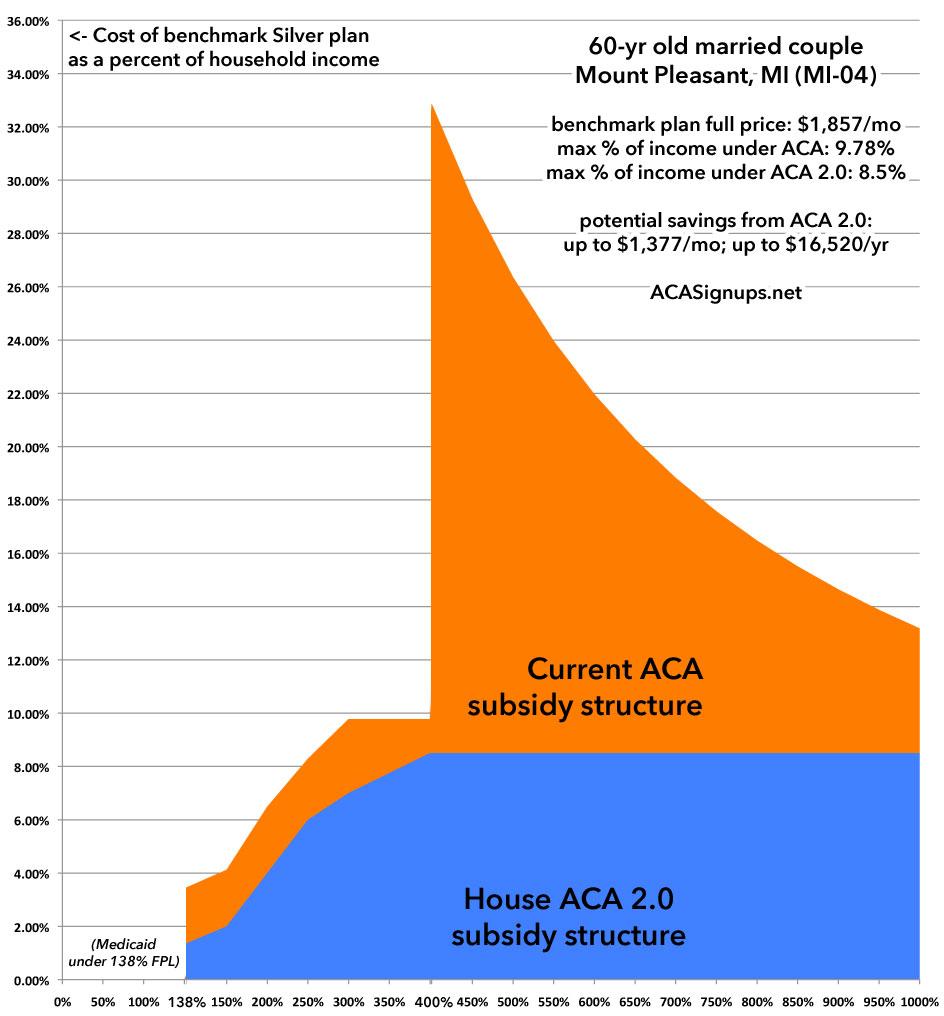