Second: I have to account for the wide variance of household makeups. There's an endless array of possibilities, but I settled on six specific households. Collectively, I think these are about as representative as I could reasonably be.

Michigan's 3rd district, MI-03, covers Grand Rapids and the surrounding area in the mid-west portion of the lower peninsula. The highest-population zip code in the district is located in Grand Rapids,in Kent County. It's currently represented by Republican-turned-Independent Justin Amash. 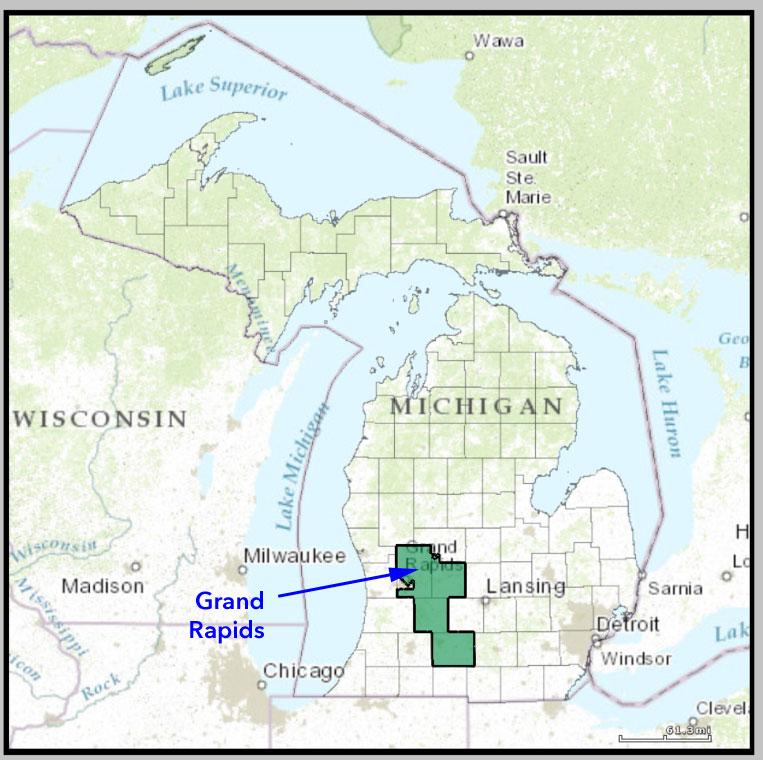 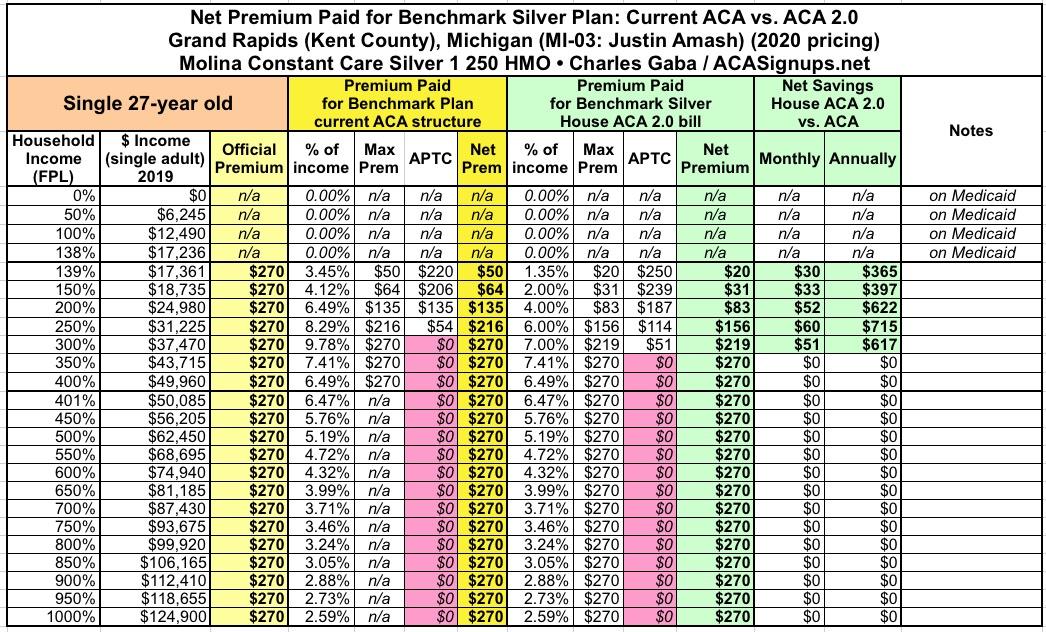 WIthout any subsidies, this young adult would be paying $270/month regardless of his or her income. Under the current ACA subsidy formula, they qualify for Medicaid up to an income of a little over $17,000/year. Over that their monthly premiums start at $50/month, then gradually increase to the full $270/month. In this case, that 400% FPL cap is never hit anyway, so removing it has no impact. 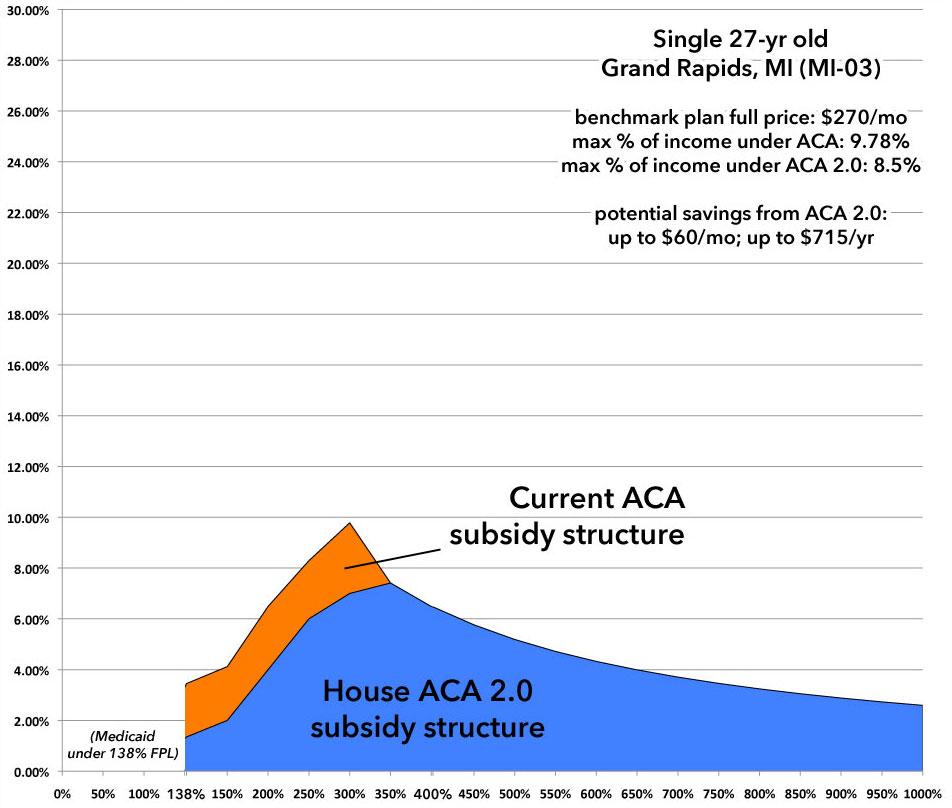 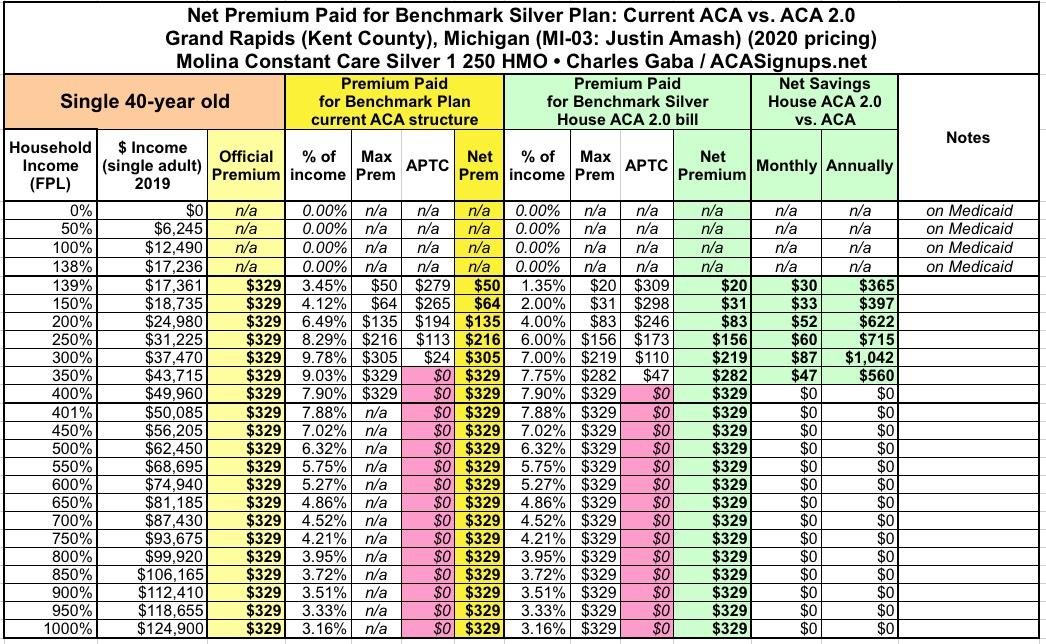 If they're currently receiving subsidies, they'd save up to $1,000/year more. 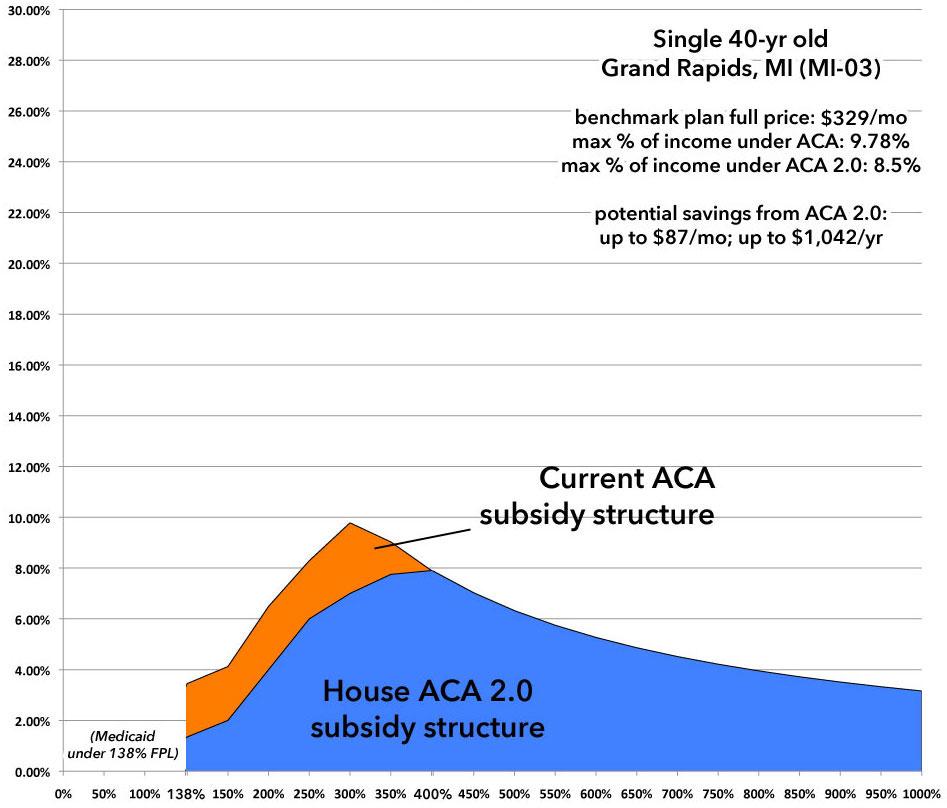 How about a pre-Medicare 64-year old? 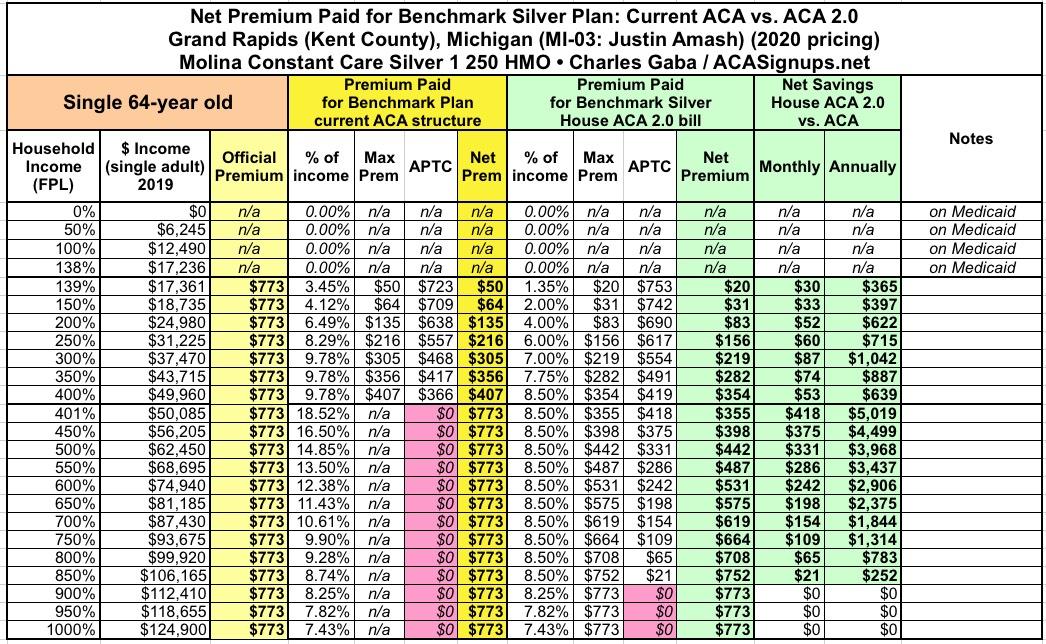 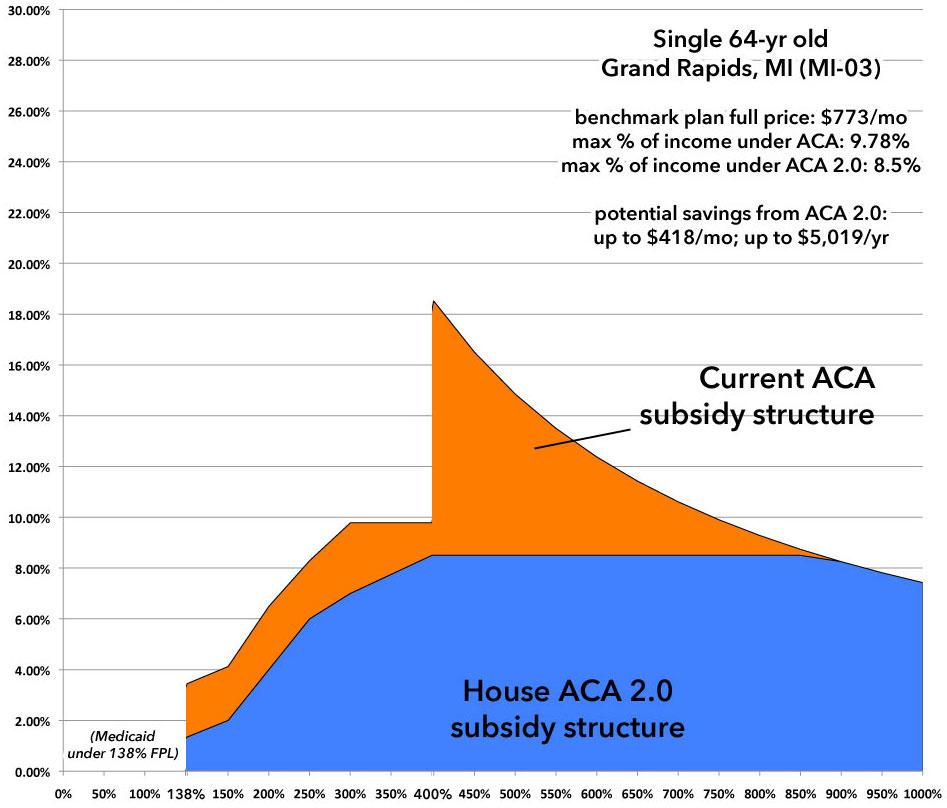 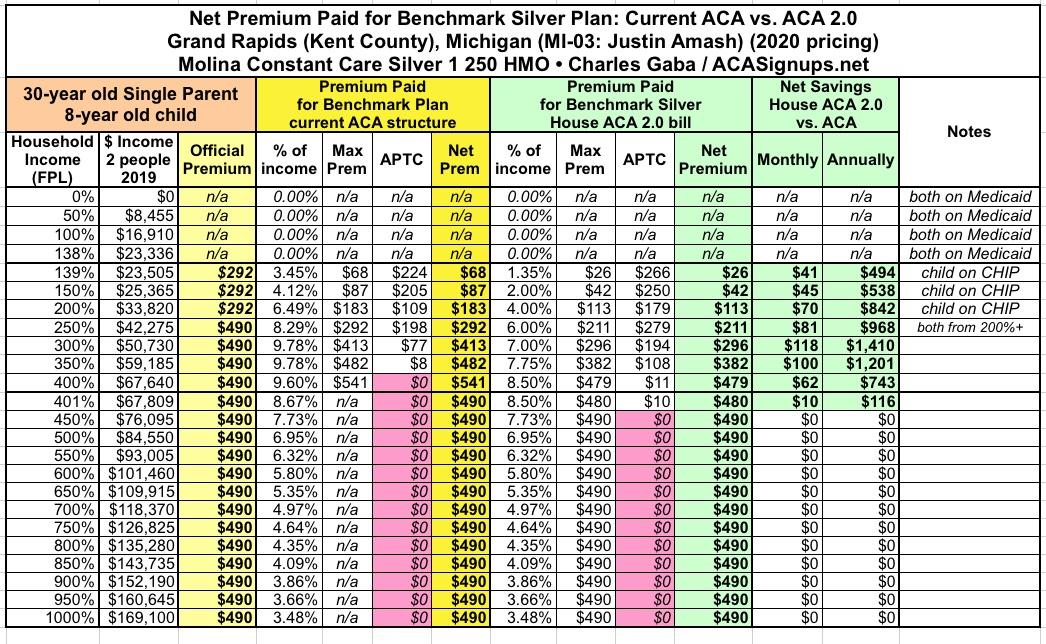 In Michigan, children qualify for Medicaid/CHIP up to 200% FPL, so the official premium for the parent only would only be $292 up through that point...but once their kid is added on, it jumps to $490/month. Under the current ACA structure, they'd just barely brush up against the subsidy cliff before the full price premium starts to drop off as a percent of income. Under H.R.1868, they'd save up to $1,400/yr. 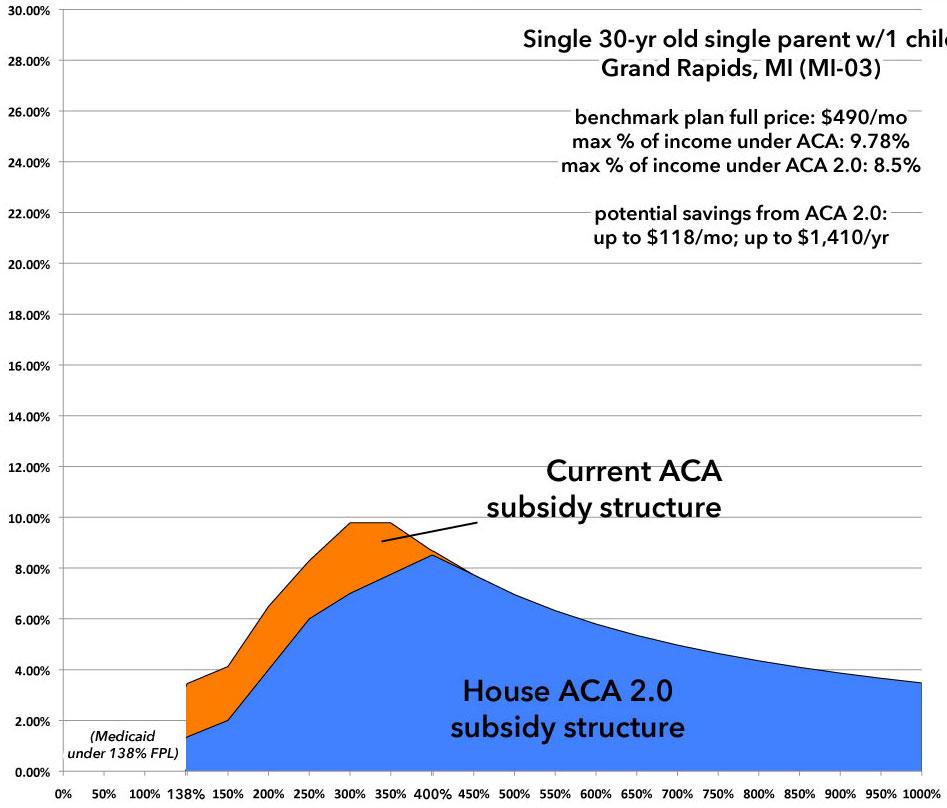 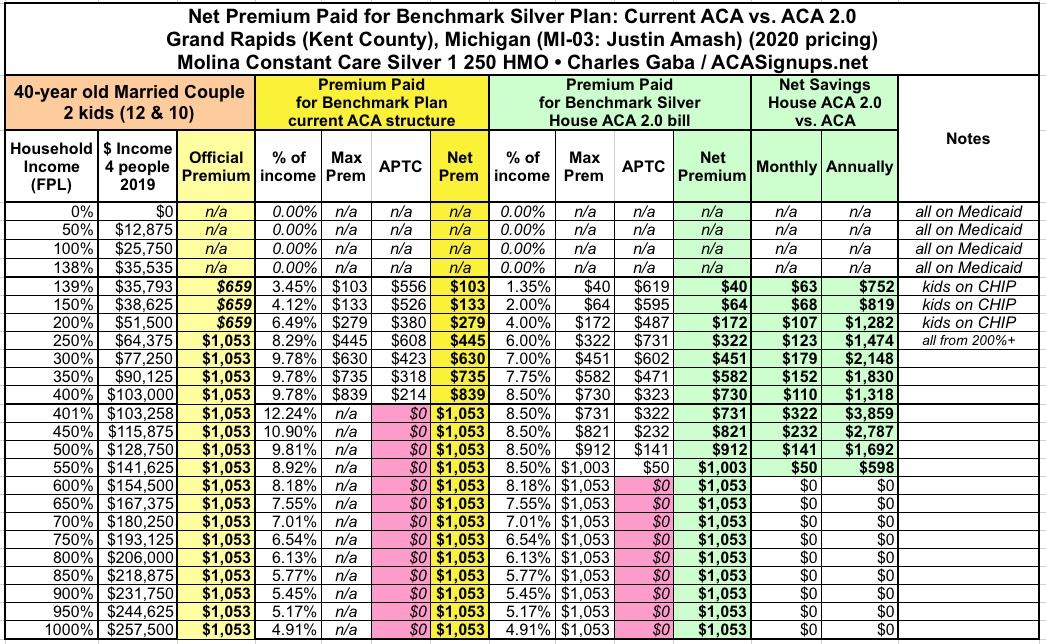 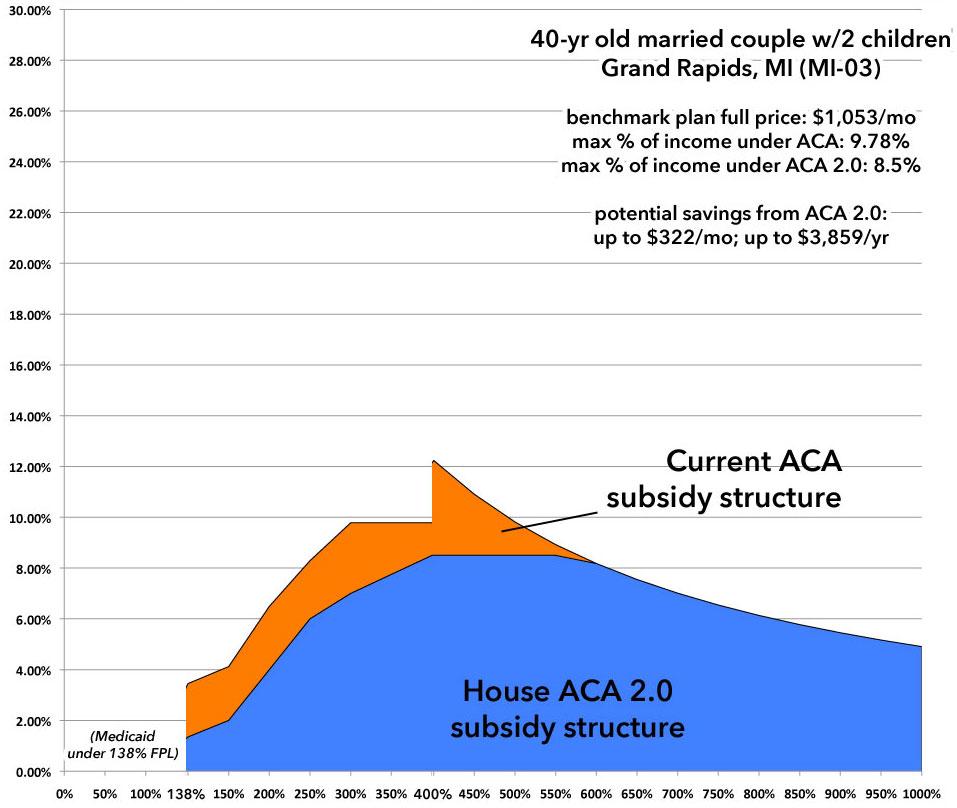 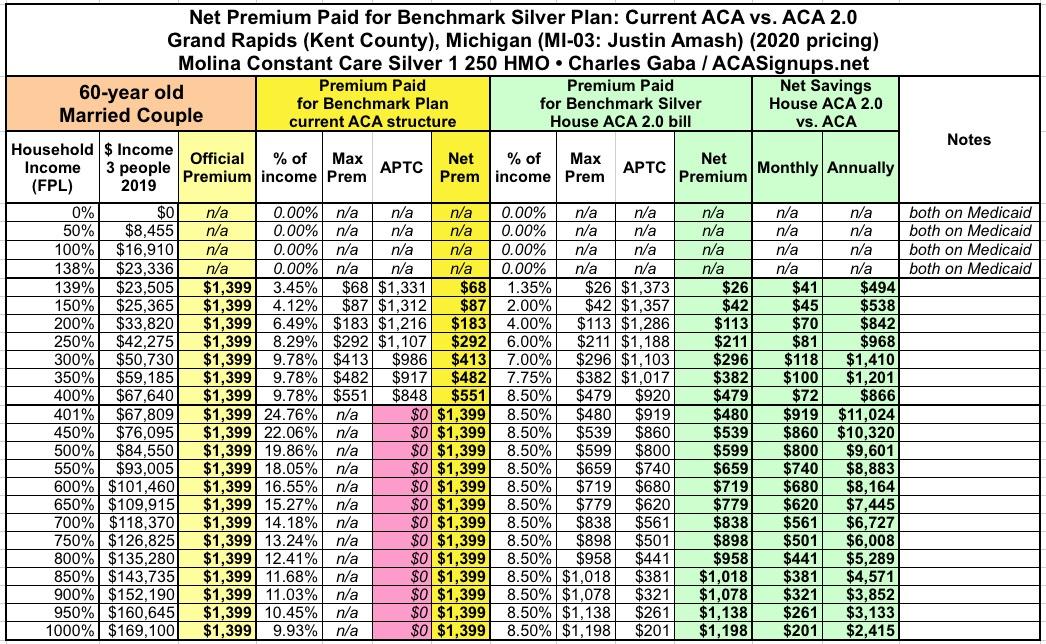 Under the current ACA formula, if they earn between $68,000 and, say, $140,000/year, this couple is almost certainly not going to buy any ACA plan unless one of them has extremely expensive conditions...at full price they'd have to pay as much as an absurd 25% of their income in premiums alone. 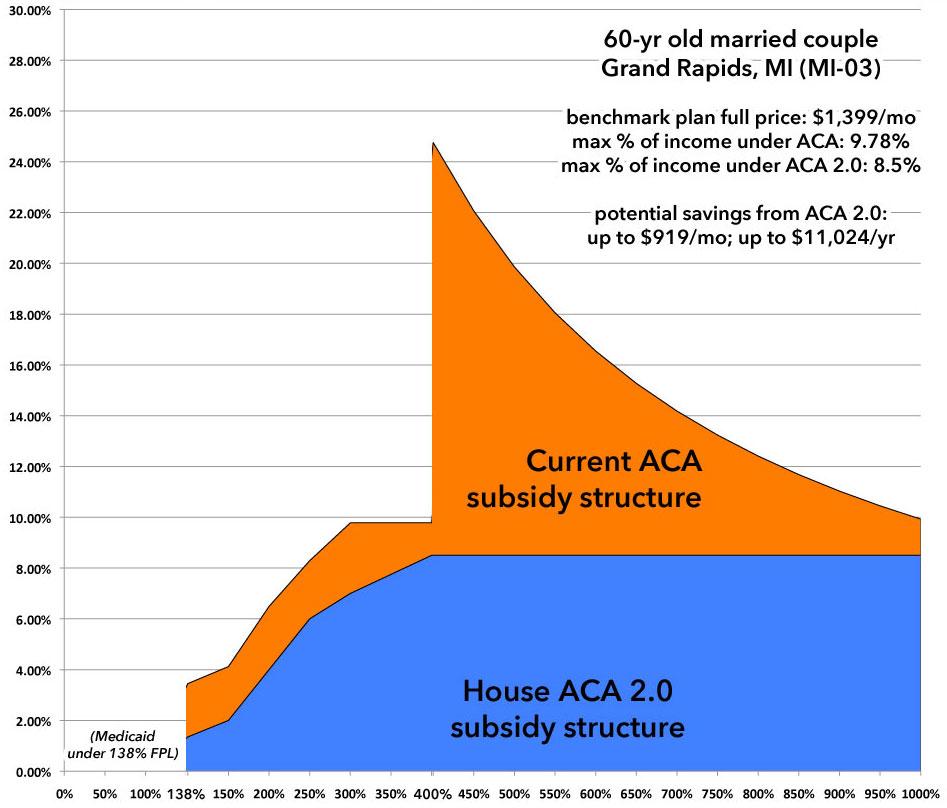