However, when I plugged the hard numbers into a spreadsheet, I came up with a weighted average increase of 10.2%:

At the time I didn't think much of it; I figured there was some clerical bugaboo accounting for the discrepancy.

Today, however, I revisited the actual SERFF filings for all three carriers, and discovered that since July, two of the three have resubmitted their 2020 filings with increases which go beyond their preliminary requests: 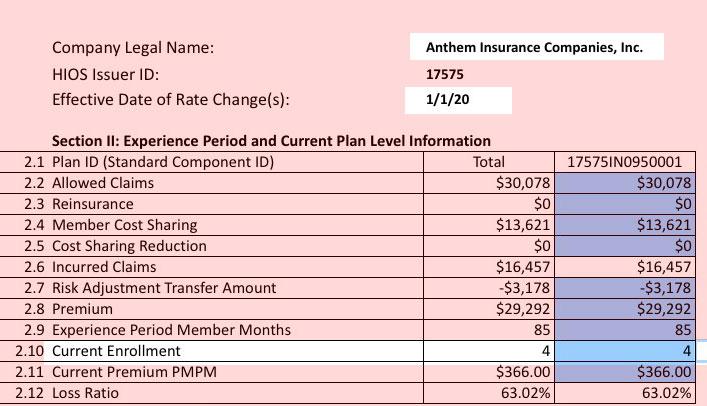 CareSource has bumped up their rate hikes from 3.5% to 4.9%, while Celtic/Ambetter has increased theirs from 14.3% to 18.9%. This is highly unusual--in almost all other cases, the revised rate changes are lower than the initial ones.

The IN DOI hasn't issued any further updates, and it's entirely possible that the final, approved rates for 2020 will end up at 9% as they stated in July...but in the meantime, there's a 4 1/2 point gap between their stated numbers and mine.

UPDATE 10/11: Welp. According to this, the Indiana Dept. of Insurance has indeed approved the rate increases listed above exactly as I have them: 4.9%, 18.9% and 3.0% respectively...and the final versions of the rate filings have clear, specific effectuated enrollment numbers for all three carriers (two on & off-exchange, one off-exchange only). Yet IN DOI insists that the weighted average is only 9.7%. 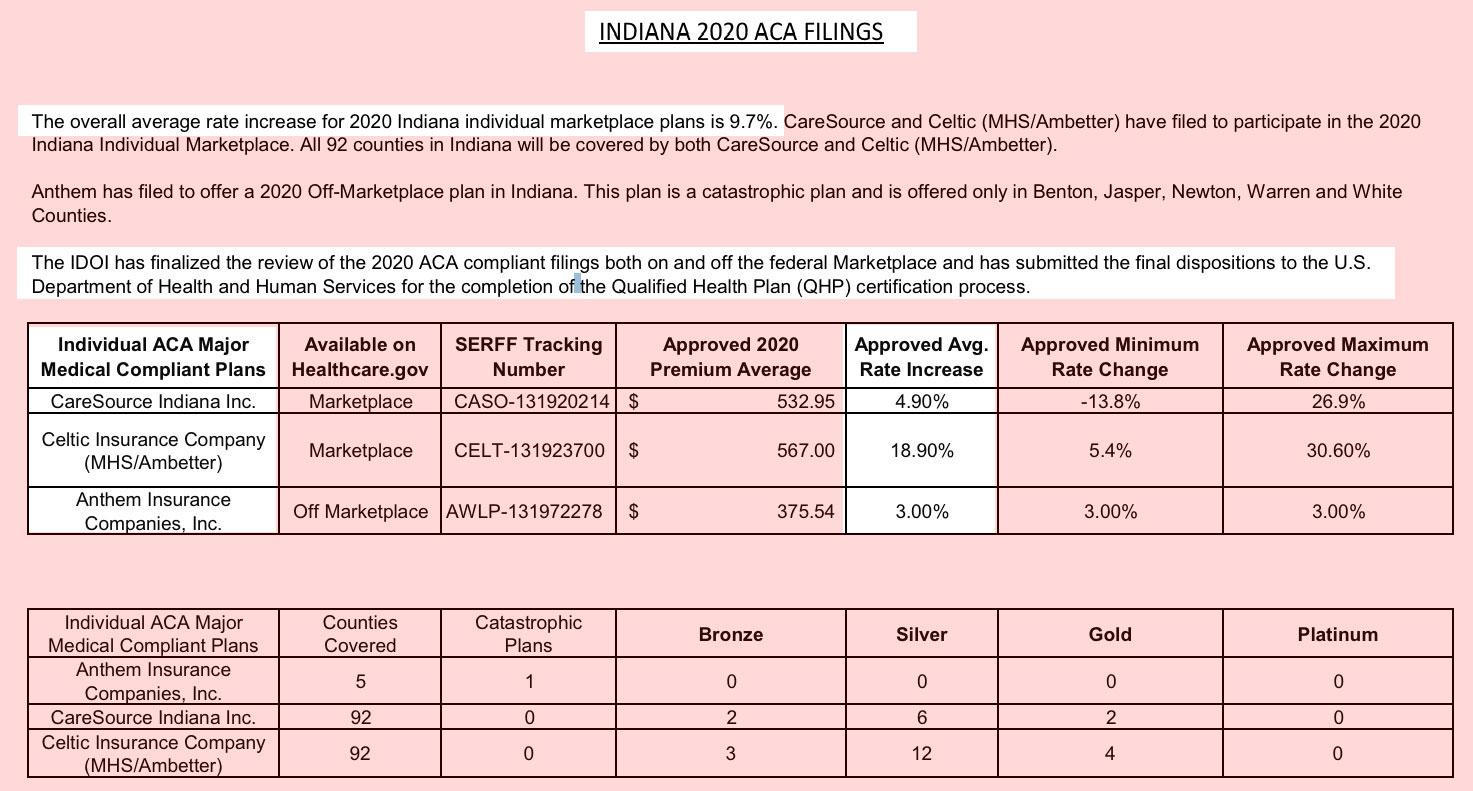