All that being said, here's what the payments for 2018 going out this month look like in Wisconsin: 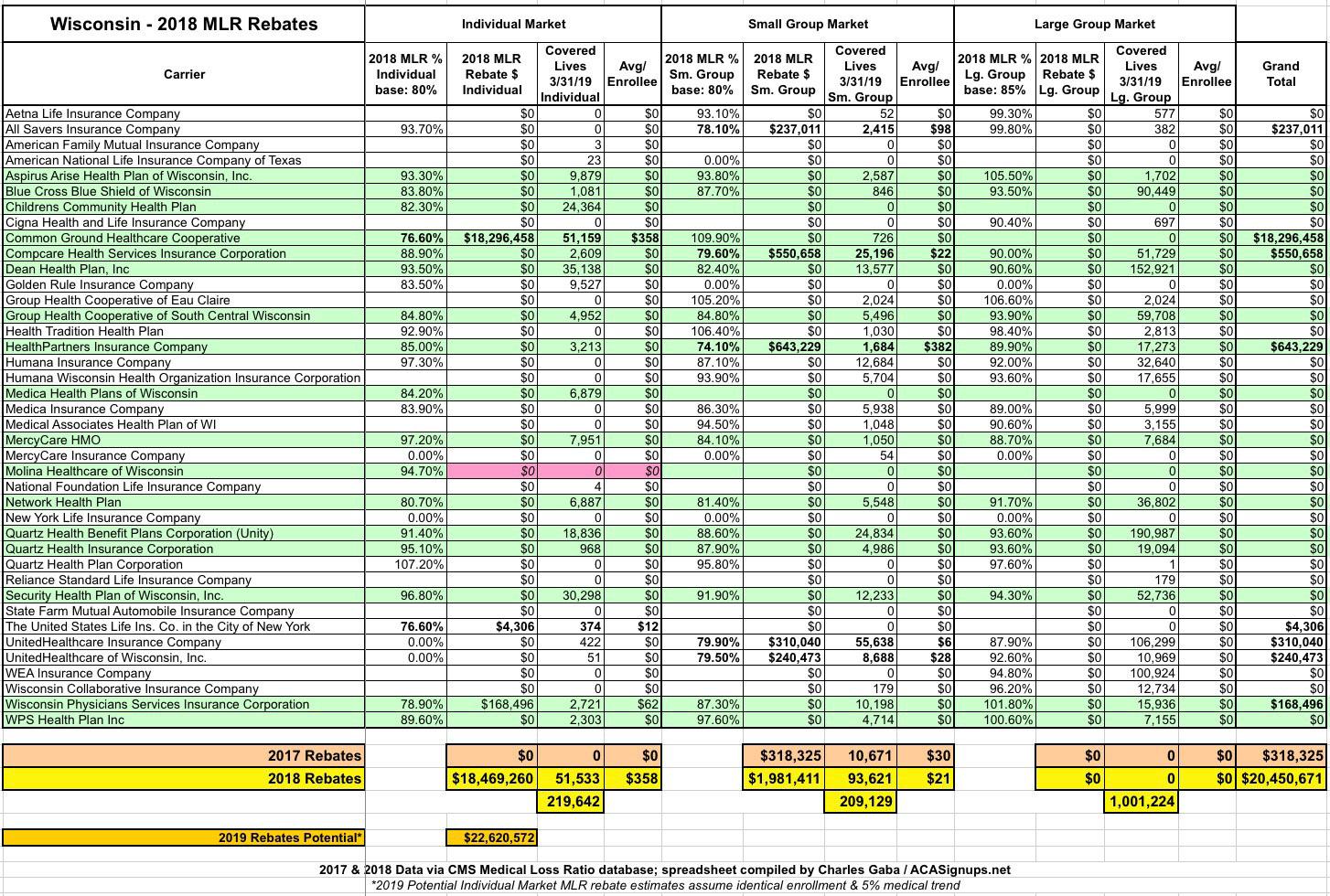 Not much going on in the Group markets this year, but check out the Individual Market...51,500 enrollees will be receiving rebate checks averaging $358 apiece, almost all of it courtesy of Common Ground Health Co-Op. It's worth noting that there seems to be a data glitch with Molina Healthcare...my other records indicated that they should have a substantial number of enrollees, but the file itself lists the covered lives as zero, so (shrug).

Next year I'd expect a similar amount of Indy Market rebate payments from Common Ground, along with a few million more from a couple of other carriers: