Oklahoma: $16 million in MLR rebates to be paid to 273,000 Blue Cross enrollees; next year could see a MASSIVE rebate increase

All that being said, here's what the payments for 2018 going out this month look like in Oklahoma: 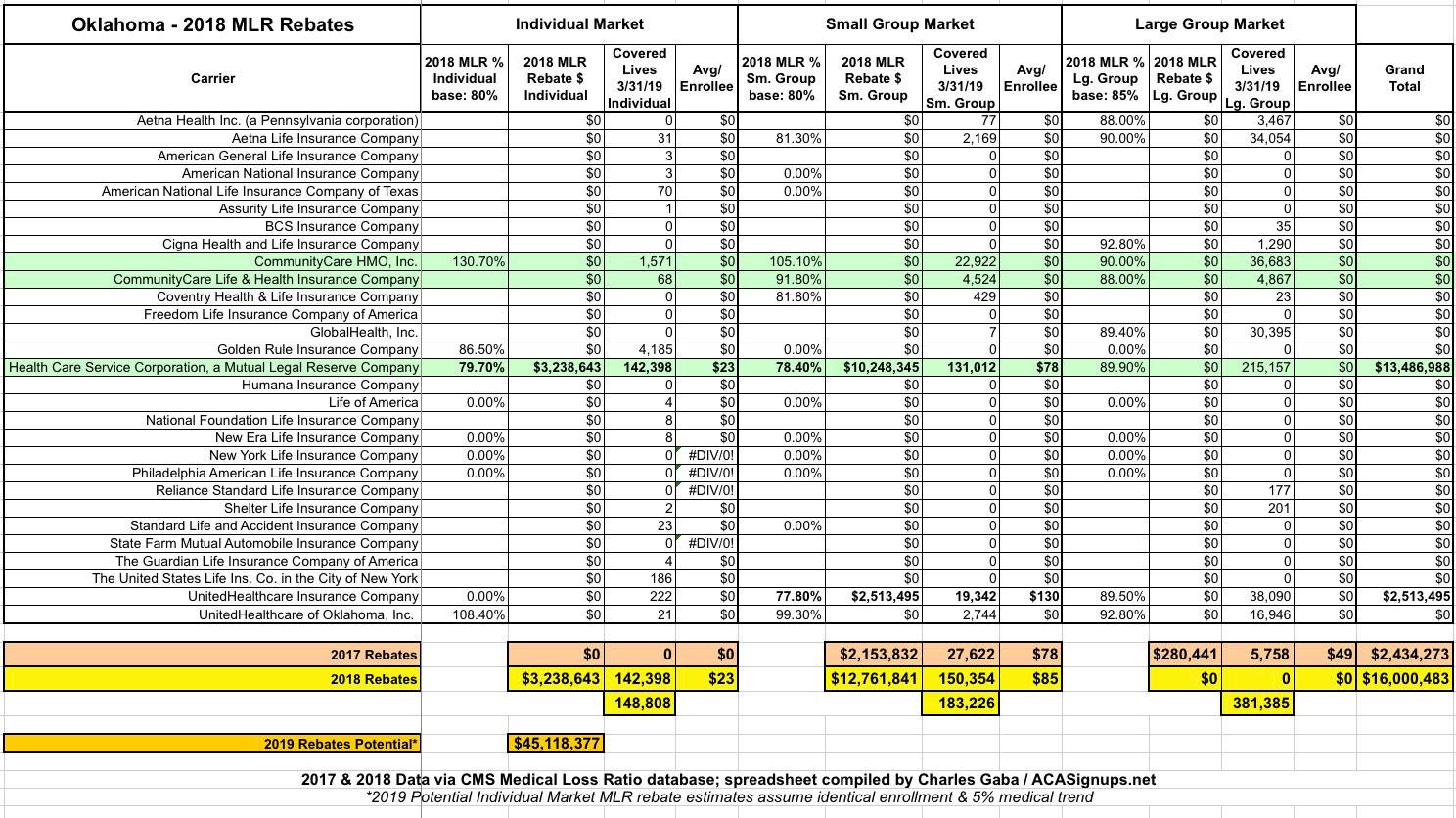 273,000 Blue Cross Blue Shield of Oklahoma enrollees will receive $16 million in MLR rebates this year...about half of them are on the Individual market, the other half in small group plans, although the group rebates are four times larger.

NEXT year, however, there could potentially be a massive Indy Market rebate...again, courtesy of Blue Cross Blue Shield of OK. They ran a horrible 100.6% MLR in 2016, but that's dropping off the formula next year, so they'll be looking at 2017's disturbingly low 69.2% and 2018's still-low 75.9%. With only a 2% average rate drop for 2019, their 3-year rolling average could come in at under 76%, which would result in up to a whopping $45 million in rebates being paid out to enrollees.