All that being said, here's what the payments for 2018 going out this month look like in Mississippi: 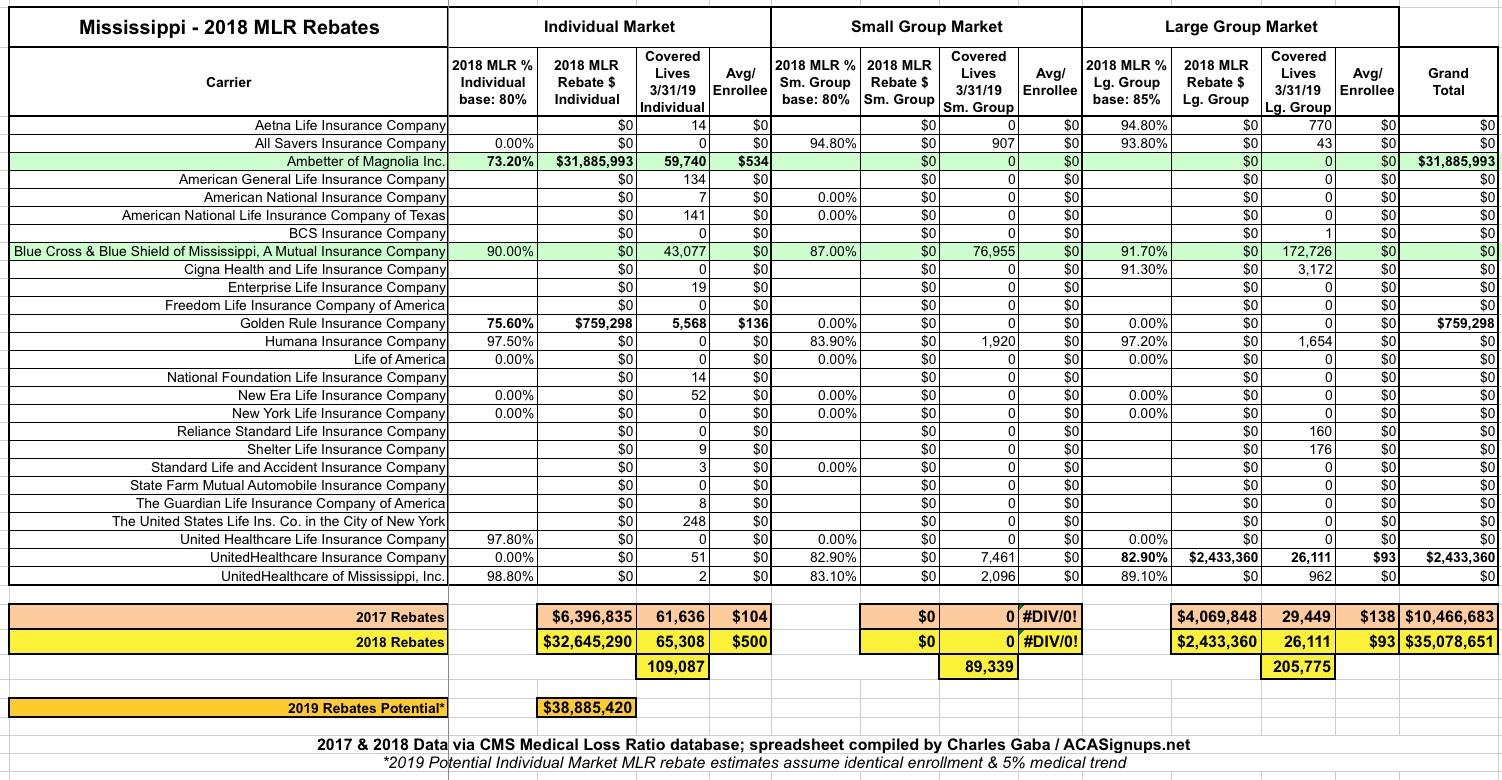 Wow! I wasn't expecting this from Mississippi, but 65,000 enrollees should receive a tidy $500 apiece on average, nearly all of it from Ambetter of Magnolia. There's also about $2.4 million going out to Large Group enrollees from UnitedHealthcare.

Next year it's conceivable that Ambetter will have to pay out even more...potentially up to $39 million: