(SIGH) OK, apparently the Kaiser Family Foundation has been working on the same project as I have for the past couple of weeks, so most of this is no longer "exclusive". HOWEVER, I have additional details including individual carrier breakouts and projections for potential 2019 rebates, so there's that...

All that being said, here's what the payments for 2018 going out this month look like in Iowa: 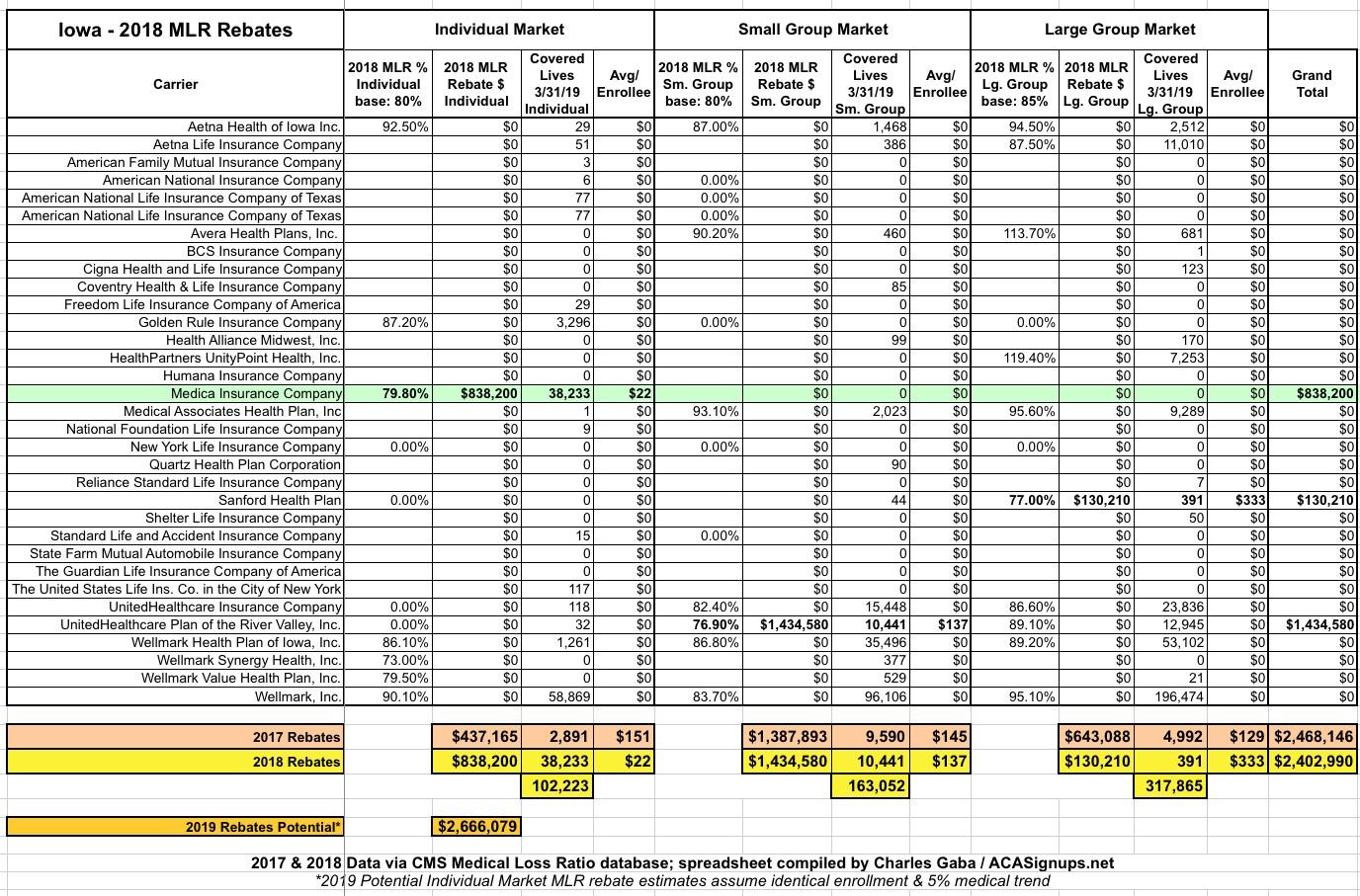 Nothing really jumps out at me here...Large Group rebates are down from $643,000 to $130,000; Small Group is up slightly. Individual Market rebates are up quite a bit but still less than a million dollars.

Next year I wouldn't be surprised to see Medica's rebates increase further, to as much as $2.6 million: