All that being said, here's what the payments for 2018 going out this months look like in North Carolina: 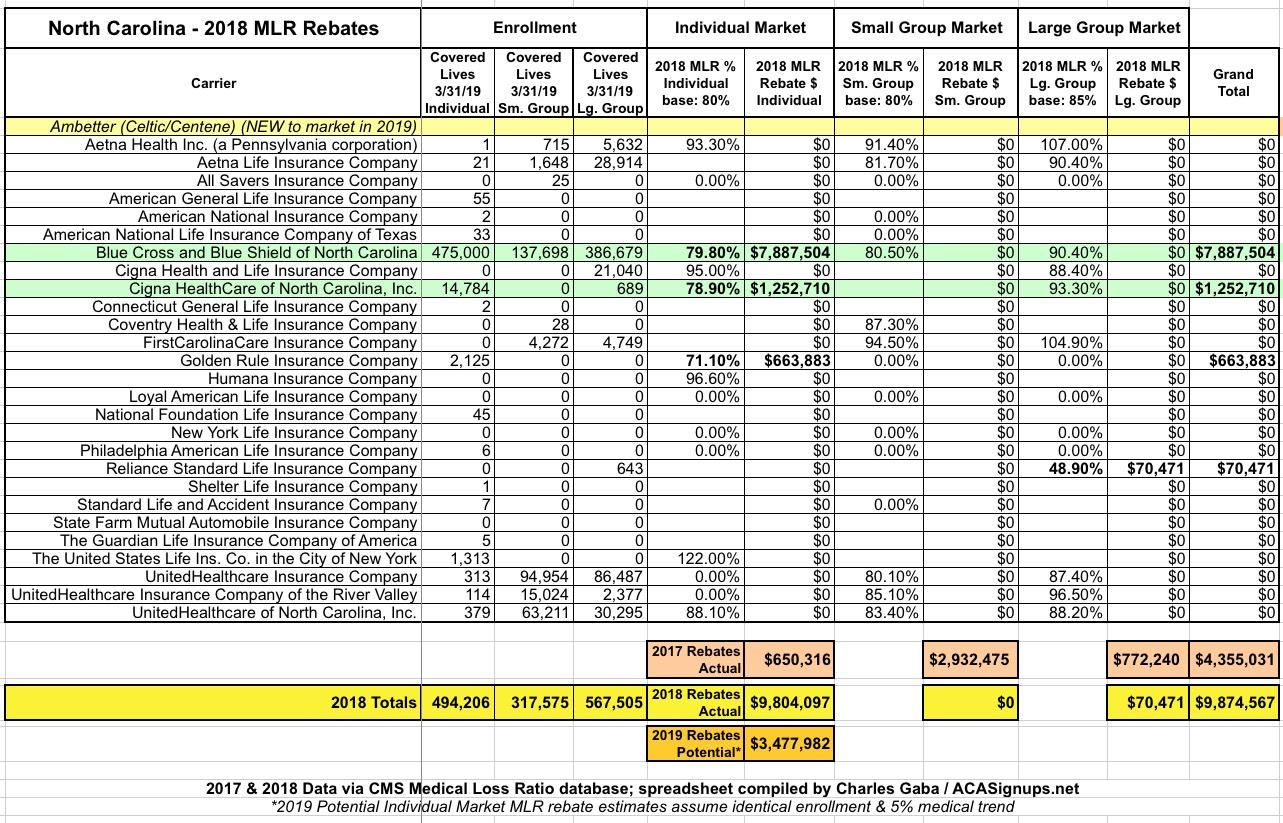 For 2020, I expect individual market rebates to drop down to around $3.5 million. Blue Cross Blue Shield of North Carolina, which is dolingout the bulk of rebates this year, dropped their premiums by 4.1% this year. This, combined with an assumed 5% medical trend, should bump their 3-year rolling average up a bit more, resulting in them not having to make any payments, while Cigna will likely still have to pay out a few million: