At long last, I've completed my analysis of the preliminary 2020 rate filings for ACA-compliant individual market policies across all 50 states (+DC)! in most cases I've also included the small group market, although with far less documentation for those.

Texas, understandably enough, has the third largest individual market in the country after California and Florida, at somewhere around 1.27 million enrollees (they had around 990,000 on-exchange enrollees; I'm pretty sure around 75% of the market is on-exchange these days).

There's ten carriers offering ACA policies on the individual market in Texas, and fifteen participating in the small group market. Unfortunately, most of the rate filings are redacted or missing data altogether (again), so I was only able to cobble together hard enrollment data for half the Indy market carriers, comprising just 15% of the statewide market. I've run an unweighted average for the other five carriers, and blended that with the first five for a semi-weighted average rate hike of just 0.8% overall.

I know this is an imperfect way of doing it, but it's the best I can do at the moment. I hope to have more complete data once the approved filings are made available.

Meanwhile, the small group market carriers are requesting an unweighted average increase of 5.5%. 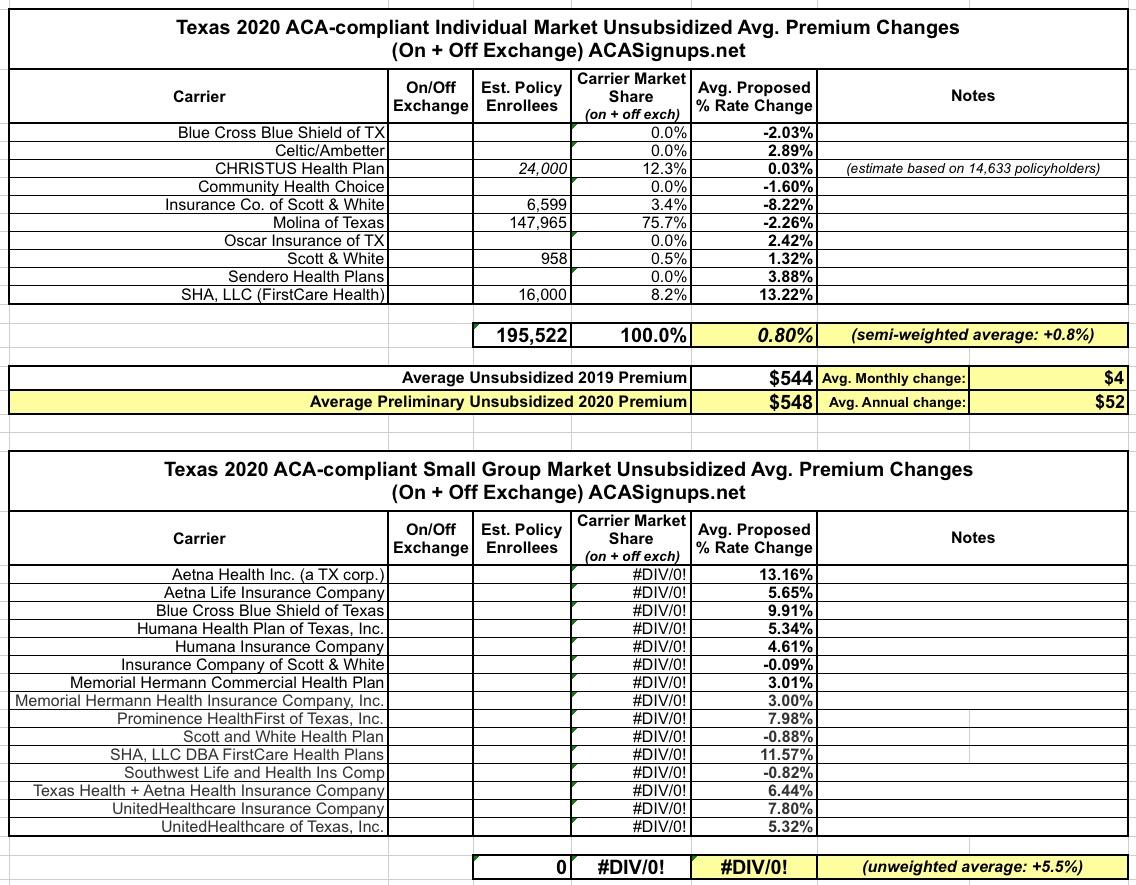 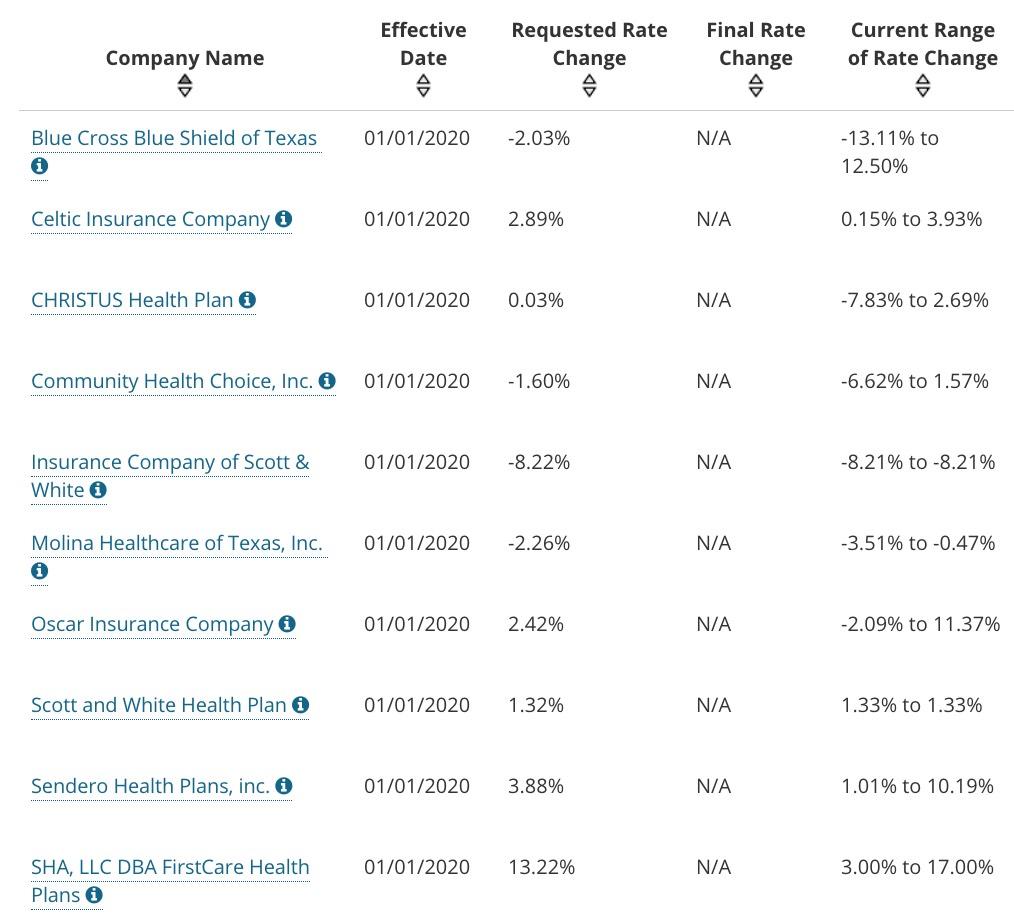 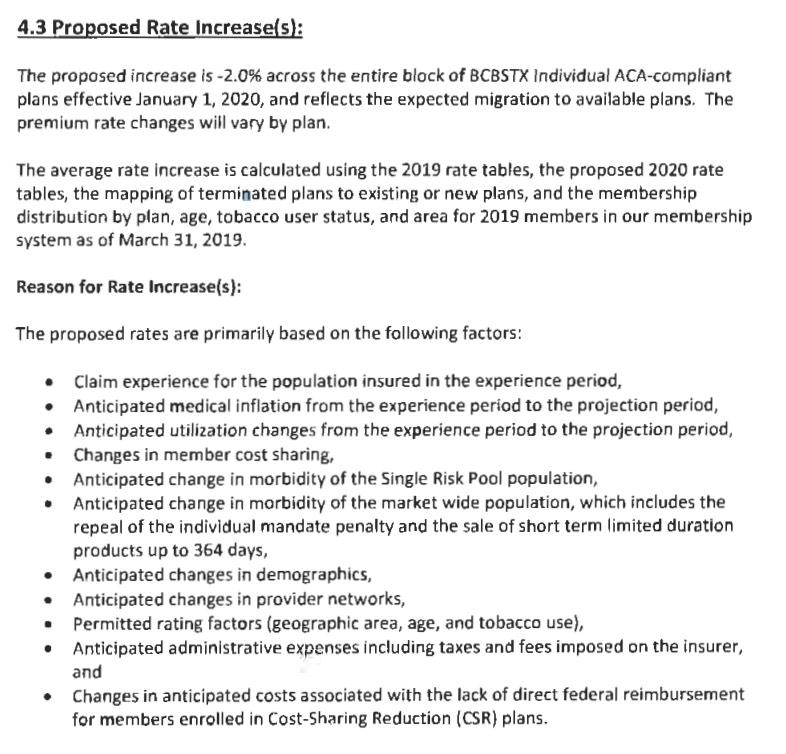 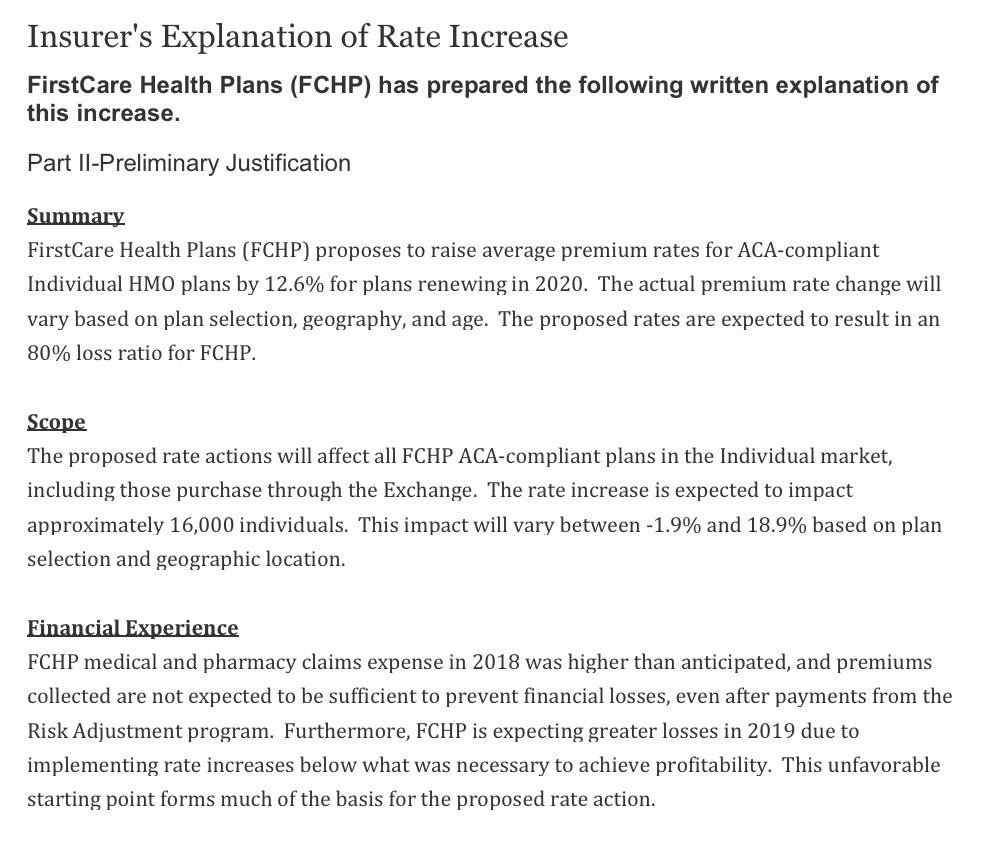