Over a month ago, I posted an analysis of the preliminary 2020 premium rate filings for the ACA Individual Market here in Michigan based on the actual filing forms from each of the 11 carriers participating in the market.

At the time, I concluded that the weighted average change marketwide was a 1.95% reduction in premiums compared to 2019, for around 281,000 Michiganders on the Indy market. This would mean roughly a $10 average premium reduction per unsubsidized enrollee per month, or $116 per year:

Today, the Michigan Dept. of Insurance & Financial Services issued a press release and the following report, which includes the official (still preliminary) 2020 rate filings for both the Individual and Small Group markets (click the image for a higher-res version): 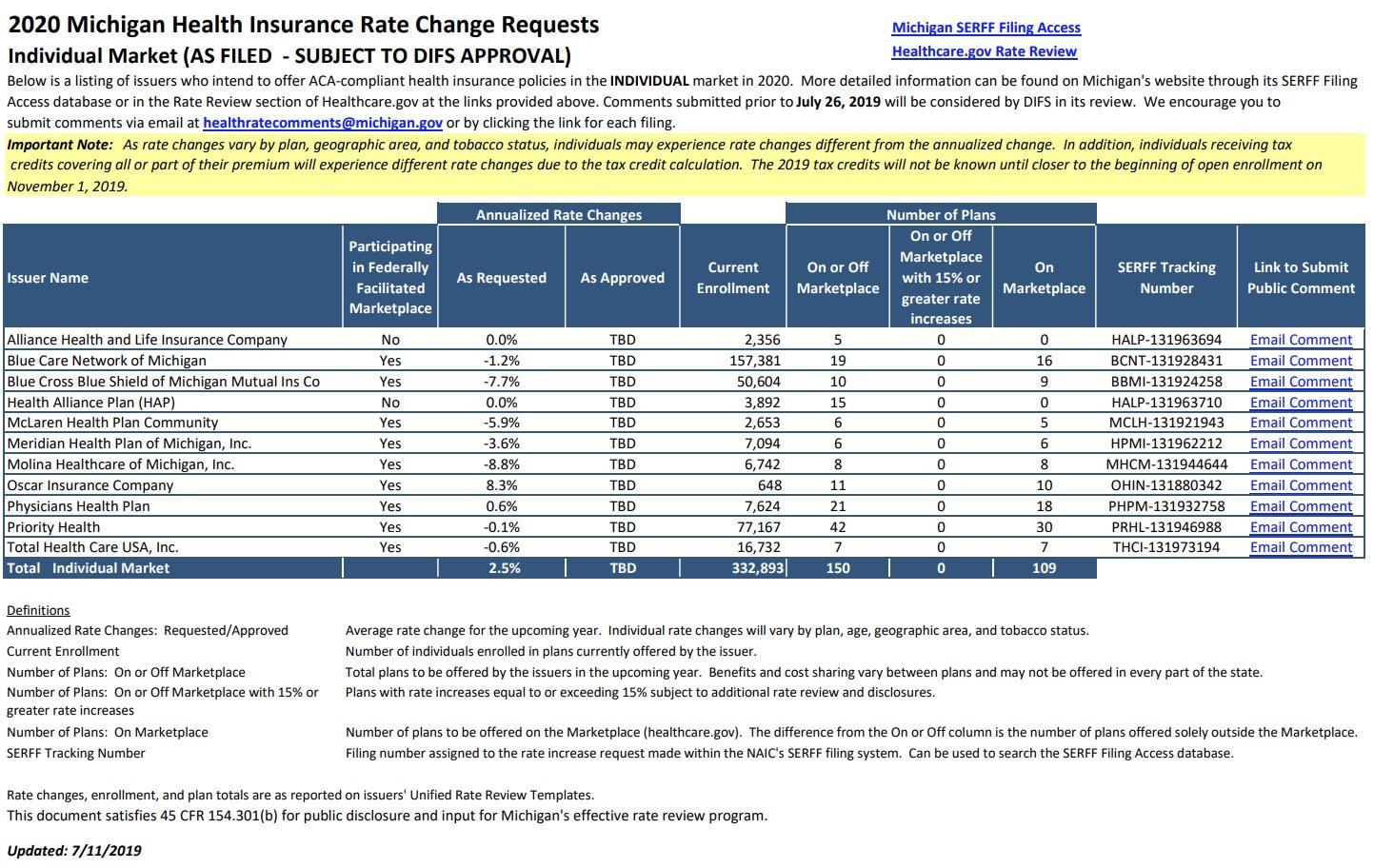 All 11 of the requested rate changes are exactly the same as I had a month ago. The only differences (besides Alliance being off-exchange only) are the current enrollment numbers for several of the carriers; I had somehow missed nealry 16% of the market in my earlier calculations.

However, these differences only change the weighted average slightly, nudging it from 1.95% lower to 2.05% lower, as shown below:

The problem isn't with the 0.1% correction. The problem is that MI DIFS's table above shows the weighted average as a 2.5% increase instead of a 2.1% reduction.

On the surface this may not sound like that big of a deal, and several other state insurance departments have reported slightly different averages from what I come up with...but that's usually a difference of perhaps 1 percentage point at most. In this case it's a 4.6-point discrepancy, which is a big deal (that's $269/year per enrollee, or nearly a $90 million difference between the two market-wide).

I've left a message with MI DIFS to inquire about this and will update this post if/when they get back to me.

Meanwhile, MI DIFS has also posted their 2020 Small Group Market preliminary rate change table, which I hadn't gotten around to yet; here the difference is much smaller...a 3.7% increase vs. 3.6%:

UPDATE: Thanks to Louise Norris for the heads up...no one from MI DIFS ever got back to me, but they've gone ahead and quietly made a simple correction: 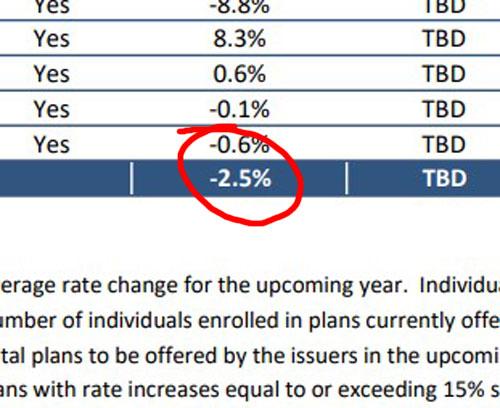 Well, there you go. It's still slightly different from my estimate but much closer, anyway.