Earlier today I noted that RateReview.HealthCare.Gov, which is a public-facing searchable database for annual health insurance policy premium rate changes, has gone through some updates on the ACA-Compliant side.

I also noted that the other section of the database, which tracks non-ACA compliant rate changes for "Transitional Plans" and "Student Plans", may have had some updates as well, but it's hard to say since I've poked around there so rarely. This morning I decided to rectify that by searching through the entire Transitional/Student plan database and compiling the results. Unlike the ACA side, there's no way of filtering it out by year, so the following table includes every rate change filing entry listed...and the results surprised me: 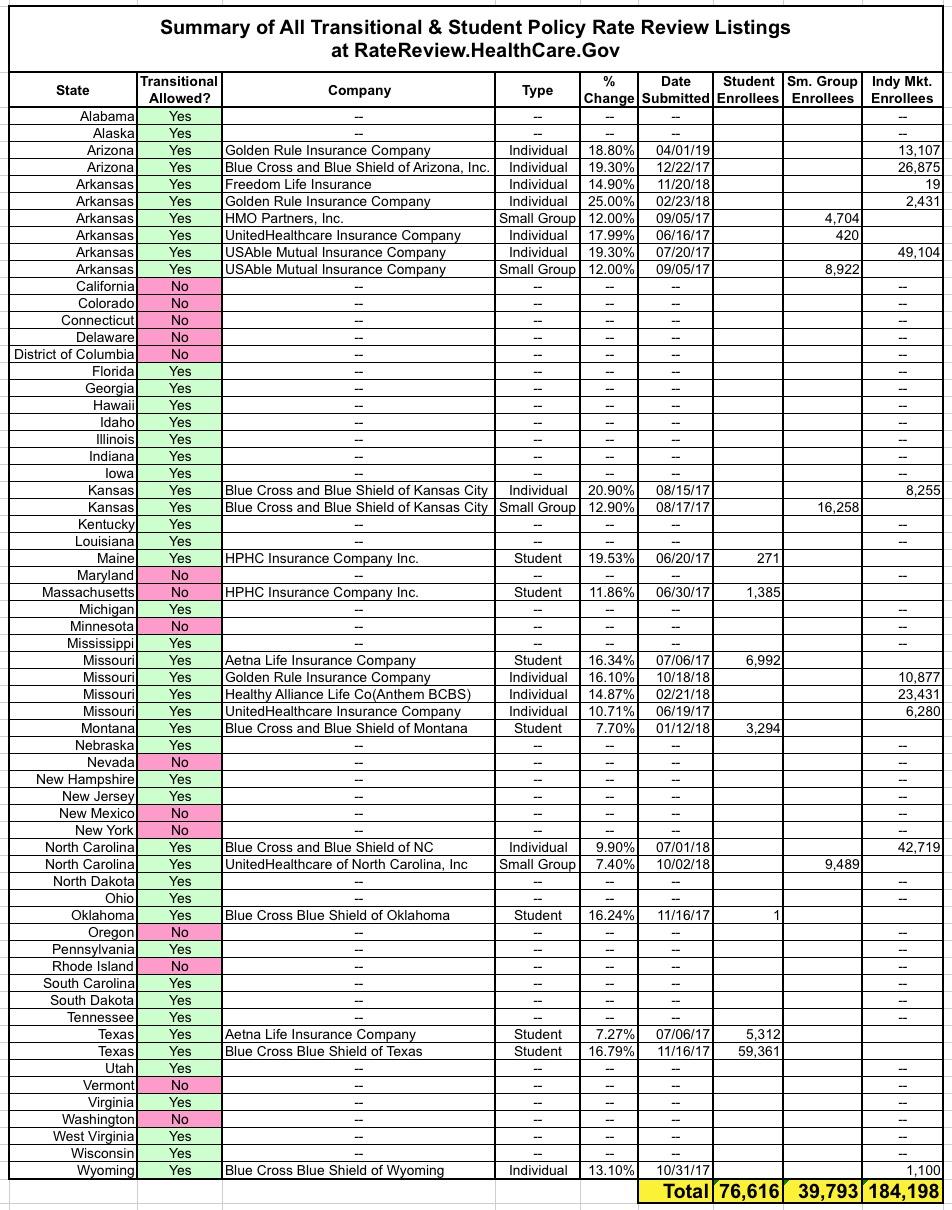 Yes, RateReview.HealthCare.Gov only includes Transitional or Student Plan rate filings in 11 states for a total of only 300,607 enrollees.

While the combined Grandfathered + Transitional Plan enrollment numbers have been dropping rapidly, this still sounds low to me, especially since ~40,000 of these are Small Group enrollees and ~77,000 are Student enrollees...that leaves just ~184,000 Individual Market transitional enrollees total.

Now, there's some things to keep in mind:

With all that in mind, it's possible that the numbers above are accurate, though it still sounds pretty low to me. If it is, that means that after six years, the Transitional Plan market has finally dwindled down to the point of irrelevance. I just wish Grandfathered policies (those which people enrolled in prior to 2010) were also included, although those numbers should be down to perhaps 1 million at most by now as well.

It's also possible that some policies aren't listed because they simply haven't requested any rate changes over the years...although I find that difficult to believe. Premium rates stay flat for some policies for one year, but these listings include changes going back to at least 2017 (and they're supposed to include changes from 2014-2016 as well). It's extremely unlikely that rates have stayed frozen exactly as they were in 2013-2014.