Of course, the 1.5% avg. premium drop would have been more like a 9% drop if not for Congressional Republicans and Trump repealing the individual mandate (which also triggered the #TexasFoldEm law suit in the first place, I might add).

In addition to this report, as part of the Administration’s commitment to ensure access to affordable coverage options, CMS is also issuing guidance extending for one additional year, the non-enforcement policy to allow issuers to continue certain health plans, often referred to as “grandmothered” plans, which do not meet all the many mandates and restrictions in the Patient Protection and Affordable Care Act (PPACA). These plans can be more affordable for people who choose to renew coverage with them. Extending these grandmothered policies will allow consumers to maintain more affordable coverage than they would have access to through PPACA plans.

“Not extending the grandmothered plan policy would cancel plans that are meeting people’s needs today and, as a result, force people to decide between buying coverage they cannot afford on the individual market or going uninsured,” said CMS Administrator Seema Verma. “By extending the grandmothered plan policy, we are following through on our commitment to protect those left behind by Obamacare.”

I'm surprised at the amount of attention Verma is giving to Yet Another One-Year Extension of "transitional" (or "grandmothered") policies. To the best of my knowledge, there should only be a few hundred thousand people still enrolled in these policies as of now, and the "bump them out another year" thing has been happening for so long it's become a running joke. Huh.

While the overall number of plan selections decreased from the previous year, this decrease in plan selections could likely be attributed to a lower demand for Exchange coverage. The strong economy and growing employment likely increased the number of people with access to employer-sponsored coverage and, in turn, reduced demand for subsidized health coverage offered on the Exchanges. Another factor that reduced demand for Exchange coverage, were the roughly 100,000 people who were enrolled in the Exchange in Virginia at the end of 2018 and reported incomes that would make them eligible for the new Virginia Medicaid expansion in 2019.

Or, it could be attributed to the removal of the individual mandate penalty, which is a common and accepted method of preventing people from gaming other types of insurance such as auto insurance and homeowner's insurance.

Demographic data provided in the report also demonstrate stability on the Exchanges. The percent of young adults aged 18-34 who selected a plan through HealthCare.gov remained unchanged from the prior year at 26 percent. The demographic proportions by gender, race, income, and rural and non-rural also remained largely unchanged.

“Another year of stable enrollment through the Exchanges directly reflects the strong work CMS staff put into ensuring that Exchange consumers experience a seamless enrollment process free from unnecessary hurdles and IT glitches,” said Administrator Verma. “It is no coincidence enrollment remained strong when the Exchange call center maintained a record high 90 percent satisfaction rate and no waiting rooms were needed in the final, busiest days of enrollment.”

Once again: You have the Trump Administration talking out of both sides of their mouths with a split tongue: "The ACA sucks and is horrible and needs to be repealed! Also, the ACA is awesome and doing great!"

The report also shows the average monthly premiums for plans purchased through HealthCare.gov before taking advantage of advanced payments of the premium tax credits available to eligible consumers was $612, down from $621 for the previous open enrollment period (OEP). After these advanced payments are applied, the average premium was $87 compared to $89 for the prior OEP.

This decline in premiums, however, follows a 23 percent average premium increase in 2017 and another 31 percent increase in 2018. Such large premium increases in previous years made premiums substantially less affordable for people who do not qualify for subsidies. This small decline in premiums in 2019 moves in the right direction, but, for unsubsidized people, premiums remain considerably higher than before the PPACA’s main requirements were implemented in 2014.

Yes, and what caused that 31% increase in 2018? Oh, that's right: Over half of it was caused by Trump's 2017 sabotage efforts, primarily his cutting off CSR reimbursement payments. The mendacity here is stunning, as is typical for the Trump Admin.

Recognizing individual health insurance premiums are no longer affordable for a great many Americans, the Trump Administration is committed to expanding more affordable coverage options to this group of people left behind by the PPACA, which spurred recent actions to expand access to association health plans and short-term health plans, as well as the extension of the grandmothered plan policy issued in guidance today.

One More Time: Expanding #ShortAssPlans mainly serves to increase ACA premiums even further while also exposing those who enroll in them to catastrophic coverage gaps.

This Just In from CMS...

The Health Insurance Exchanges 2019 Open Enrollment Report summarizes health plan selections made on the individual Exchanges during the 2019 Open Enrollment Period (2019 OEP) for the 39 states that use the HealthCare.gov eligibility and enrollment platform, as well as for the 12 State-Based Exchanges (SBEs) that use their own eligibility and enrollment platforms.[1] Additional data are reported for the 39 states that use the HealthCare.gov platform, including age, gender, rural location, self-reported race and ethnicity, household income as a percent of the federal poverty level (FPL), and the average premiums among consumers with and without advance premium tax credits (APTC).

More information on applications and plan selections are available in a suite of accompanying public use files (PUFs). The PUFs contain information on applications submitted and the number of medical and stand-alone dental plan selections by state, county and ZIP code.[2] Other plan and demographic information in the PUFs include the metal level of selected plans, premium and financial assistance information, age, gender, rural location, self-reported race and ethnicity, and household income as a percent of FPL. Data are also stratified by new, returning and automatically re-enrolled consumers and by plan metal level in the state PUF. The methodology for this report and detailed metric definitions are included with the PUF.

The exact, official number is 11,444,141 QHP selections nationally, which is about 21,000 lower than my unofficial estimate from mid-February. I'll have to compare each state side by side and read the footnotes to figure out where those 21,186 enrollees disappeared to; I presume they'll be somewhere in the state-based exchange data.

Wait...$612/month on average? Gee, who called that? (OK, to be fair, $612 only includes 39 states; the national average is likely a few bucks higher or lower when you average in the other 12 states. Still pretty damned good, I'd say.) 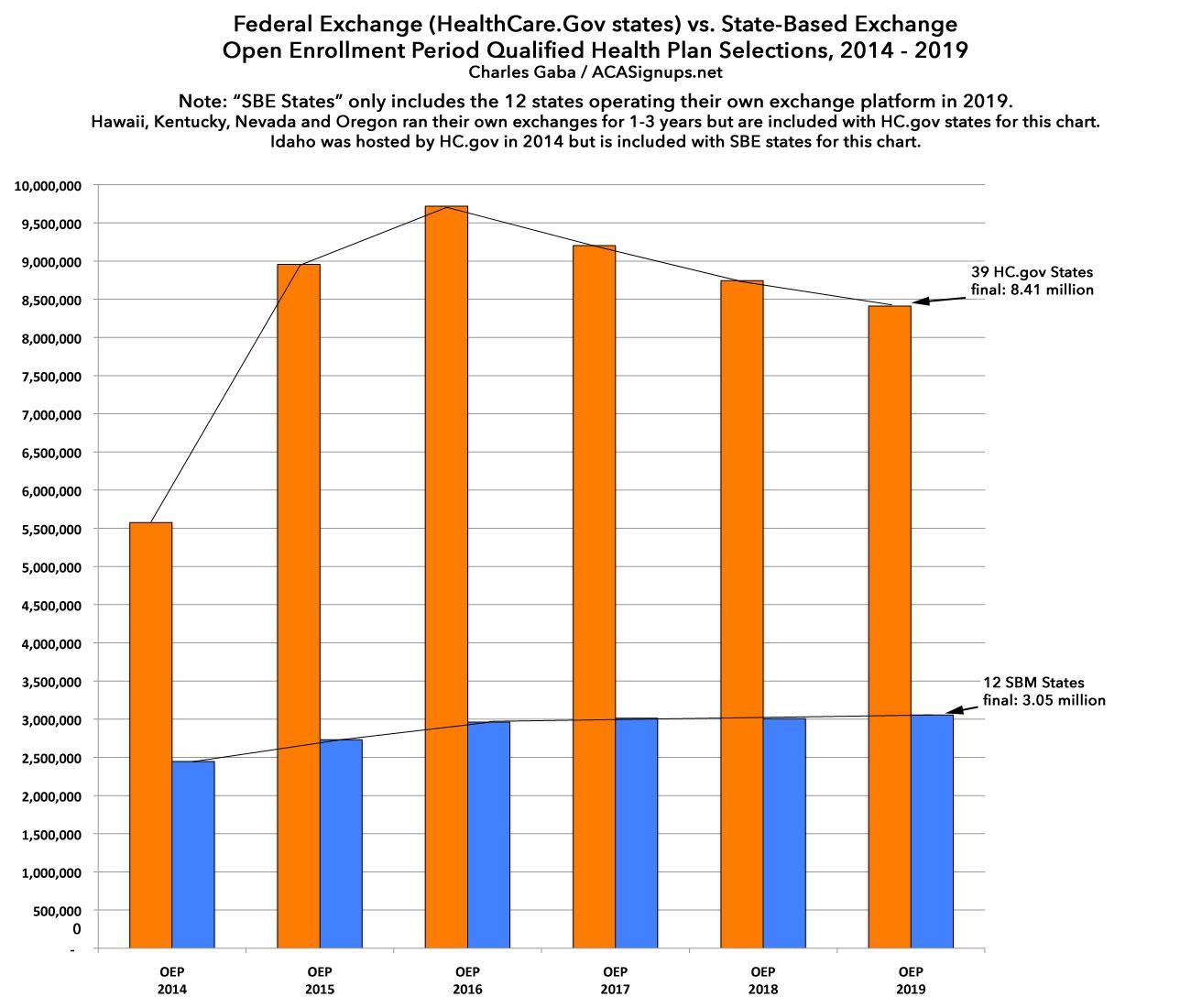 Table 2: Demographic and Plan Characteristics of Consumers with 2018 and 2019 OEP Plan Selections on HealthCare.gov

Not a whole lot to report here...most of the demographic specs for the 39 HC.gov states stayed pretty much the same. Subsidized enrollment (APTC) increased slightly, but that's to be expected as several more states took advantage of Silver Loading this year, which also likely explains the several-point shift away from Silver plans to Bronze and Gold. Otherwise, not much new under the sun.

Table 3: Average Premium and Average Net Premium after APTC for Consumers with 2018 and 2019 OEP Plan Selections on HealthCare.gov

This presumably explains the 21,000 QHP selection discrepancy, but I'll have to run thorugh each of the 12 state numbers to see where they match up and where they don't.

[2] The state-level PUF can be found here. For the 39 states that use the HealthCare.gov eligibility and enrollment platform, public use files with information on plan selections at the county and zip code levels are also available.

[3] In addition to the total plan selections in this report there were 822,713 individuals in New York and Minnesota who signed up for coverage through a Basic Health Plan (BHP). States have the option of establishing BHPs to provide health coverage for low-income residents who might otherwise be eligible for Exchange coverage.

[11] Other household income includes plan selections for which consumers were not requesting financial assistance, incomes below 100% FPL, incomes above 400% FPL, and unknown income. Please see the public use file for more information.

[12] Note that these findings may not be generalizable to the entire population of consumers who selected an ACA compliant plan without APTC, as many consumers in this population purchase plans off of the Exchange.

This last footnote (#12) refers to the "Consumers without APTC" rows in both 2018 and 2019. I find it very interesting that they included this note. I'll have to check and see whether there was a similar note last year, which I doubt. This appears to be CMS's recognition of the impact of the Silver Switcharoo...that some people enrolled in on-exchange Silver plans switched to off-exchange Silver plans to avoid taking the CSR premium hit. It's also a recognition of the off-exchange ACA-compliant market in general, which has been a rare thing for either the Obama or Trump Administrations to take note of.