OK, with the FINAL HC.gov Report having been released, I can now fill in even more blanks in the 2019 Open Enrollment Period: A grand total of 11.24 million 11.3 million QHP selections nationally so far. That includes 8.41 million on the federal exchange, plus another 2.82 million 2.9 million on the 12 state-based exchanges.

If the counting were to stop right here, the total would be 3.9% 3.8% lower than last year nationally, which would actually be pretty good all things considered.

HOWEVER, it isn't over yet. Deadlines in several state-based exchanges haven't expired yet. New York and DC are open for business until January 31st, and many people in Alaska, Georgia and Florida still have time to enroll due to last fall's earthquake and hurricanes.

UPDATE 1/8/19: Both the table and graph have been updated to include Covered California's latest numbers: 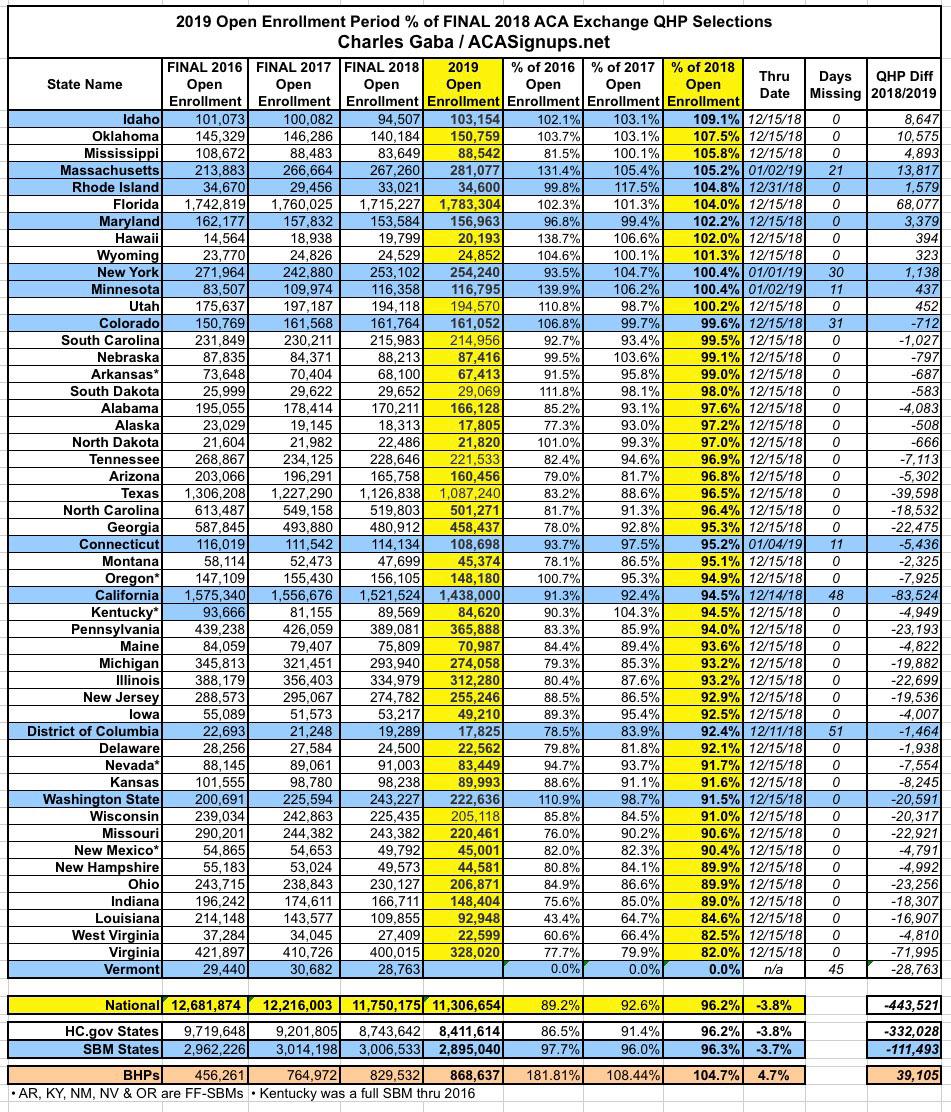 In addition, there's no numbers at all yet from Vermont, which will likely add another 28,000 or so to the total, and some pre-New Year's enrollment data still missing from some states. At this point, I expect the final national tally to reach 11.4 million when the dust settles on January 31st.

Below is a visual version of the table above. 12 states are actually running ahead of last year's final total, with Idaho leading the way, followed by Oklahoma, Mississippi, Massachusetts, Rhode Island, Florida, Maryland, Hawaii, Wyoming, New York, Minnesota and Utah.

UPDATE 1/8/19: OK, with California's latest update it looks unlikely that they'll hit last year's total after all, though they should come within 3% or so.

If so, that would leave Washington State as the only state-based exchange to fall short of 2018. Keep in mind that WA shortened their enrollment period this year...they dropped the extra month that some other SBEs are sticking with, which could easily explain the shortfall: 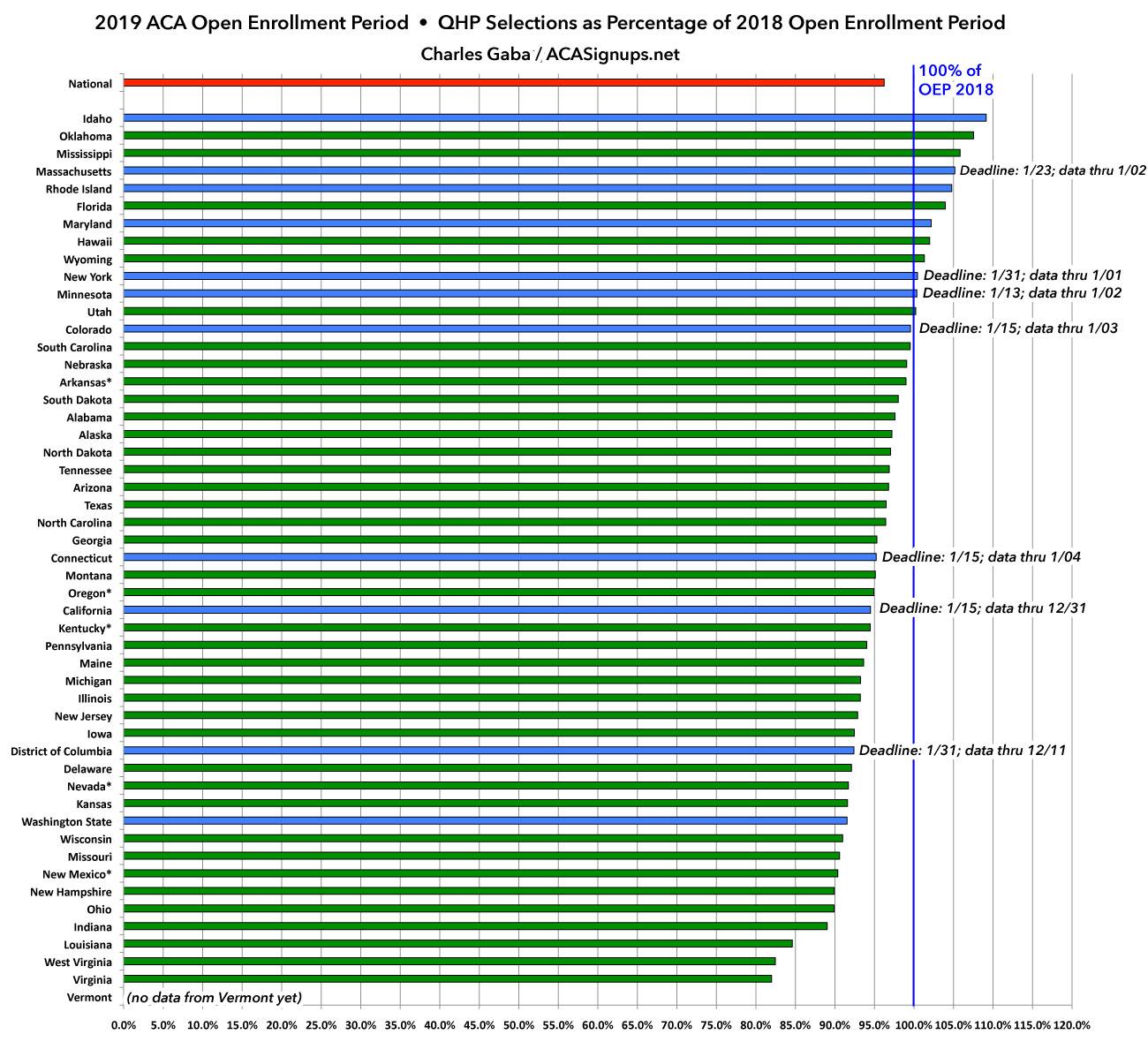 New Jersey ended up down around 7% year over year...right in the middle of the pack. It may look like reinstating the mandate penalty "didn't affect" enrollment, but it DID lower premiums by an average of $500 per enrollee, which means that if they hadn't reinstated it, enrollment would've been lower still (and in fact off-exchange enrollment is likely up or at least even year over year, though that data won't be available for awhile).