Arkansas: Preliminary 2019 #ACA rate hikes: 4.5% INCREASE, but would have DROPPED by up to 8% w/out #ACASabotage

Arkansas has three carriers offering ACA individual market policies, but one of them is kind of/sort of split into two separate entities (QualChoice and QCA). Unfortunately, most of the key actuarial memo content has been redacted, so I'm missing data on market share for three of the four entries--Ambetter/Celtic is the only one which states outright their current enrollment number. For the other three I had to estimate based on last years data. For QCA and USAble (which is actually Blue Cross Blue Shield, for some reason), I had to sort of split the difference between the different entries to get the overall requested rate increases.

In terms of #MandateRepeal & #ShortAssPlans, the Urban Institute projected an 18.8 percentage point impact. 2/3 of that is 12.5%, so I'm estimating that without those factors, average unsubsidized Arkansas rates would be dropping by around 8% next year.

Unsubsidized Arkansas residents are paying around $509/month on average this year, so we're looking at a monthly difference of around $64 or $764 more for the year on average per enrollee. 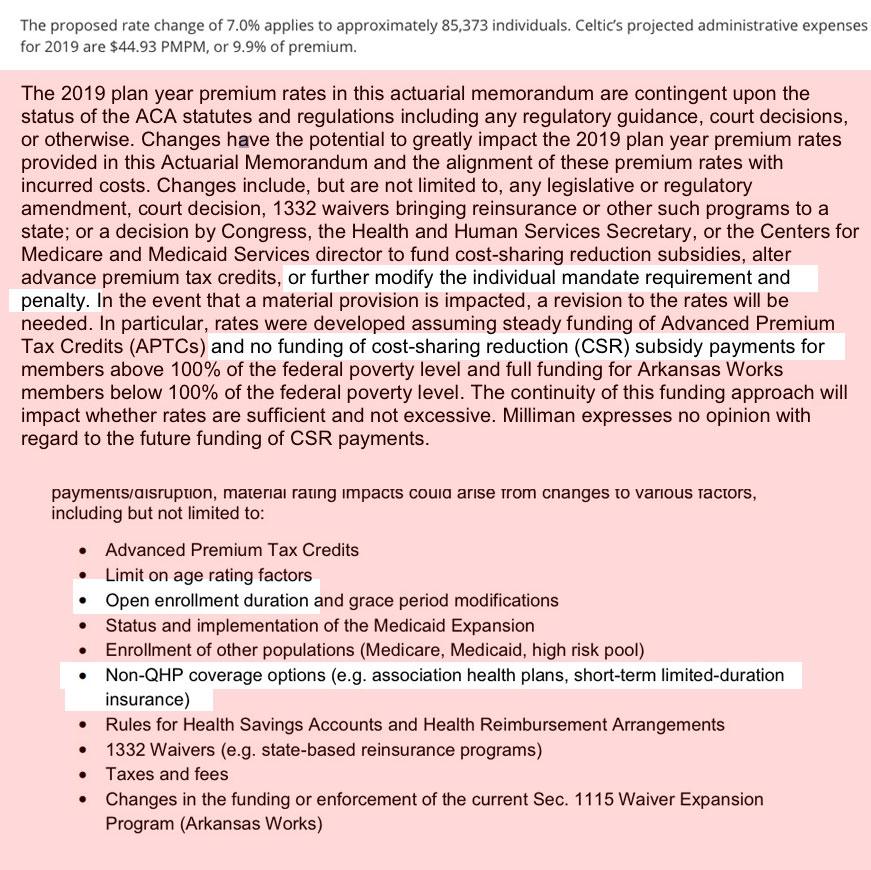 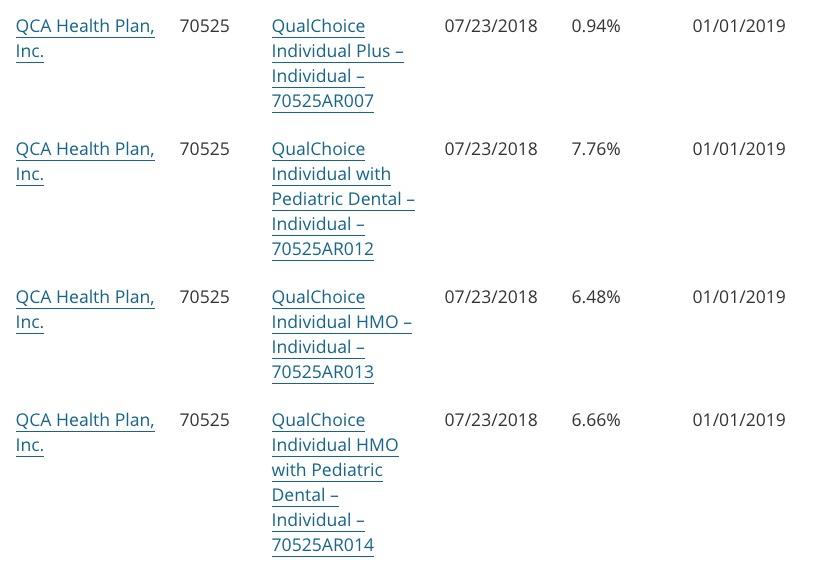