A small update out of Connecticut today; AccessHealthCT last reported just over 90,000 QHP selections as of November 30th, with 11,000 current enrollees who hadn't selected a 2018 policy yet. Today they've updated that to 92,041 QHPs as of this morning, leaving 9,380 left to renew.

This means they added 1,613 more people in the past week, but the pool of current enrollees dropped by 1,675, which means that at least a small number have actively cancelled their policies altogether. Looked at another way, the number of new enrollees has increased by 3,211 (from 11,749 to 14,960), which means that, again, a couple thousand current enrollees who either actively (or were passively) auto-renewed have since gone back into the system and changed their mind and cancelled their 2018 plans. This is normal, especially for the states which "front-load" auto-renewals before the December deadline passes. 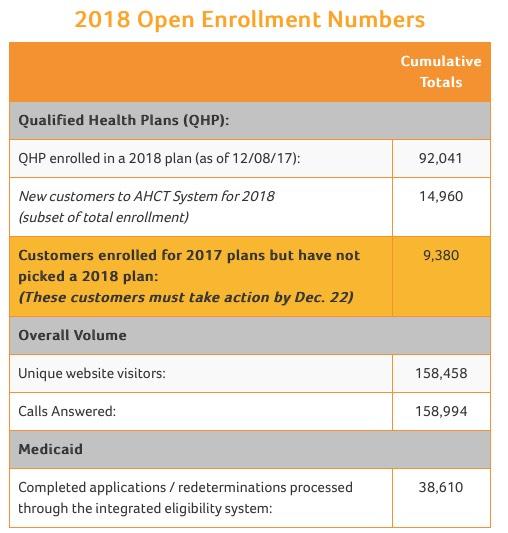