While we sometimes disagree on important issues in health care, we are in total agreement that Americans deserve a stable healthcare market that provides access to high-quality care and affordable coverage for all. The Graham-Cassidy-Heller-Johnson bill does not move us closer to that goal. The Senate should reject it.

We agree that the bill will cause patients and consumers to lose important protections, as well as undermine safeguards for those with pre-existing conditions. Without these guaranteed protections, people with significant medical conditions can be charged much higher premiums and some may not be able to buy coverage at all.

We agree that the bill will result in dramatic cuts to Medicaid and a funding cliff in the future, fundamentally changing the way that states provide coverage for some of our most vulnerable citizens. This means that tens of millions of patients will lose their coverage and go without much-needed care.

We agree that the individual insurance market will be drastically weakened, making coverage more expensive and jeopardizing American's choice of health plans. By not providing allstates with sufficient funds to support working families who need help buying coverage, millions will go without it.

We agree that the bill's current implementation timelines are not workable. State and industry leaders will need to completely transform their individual insurance markets and Medicaid programs in little more than a year -- an impossible task.

Health care is too important to get wrong. Let's take the time to get it right. Let's agree to find real, bipartisan solutions that make health care work for every American. 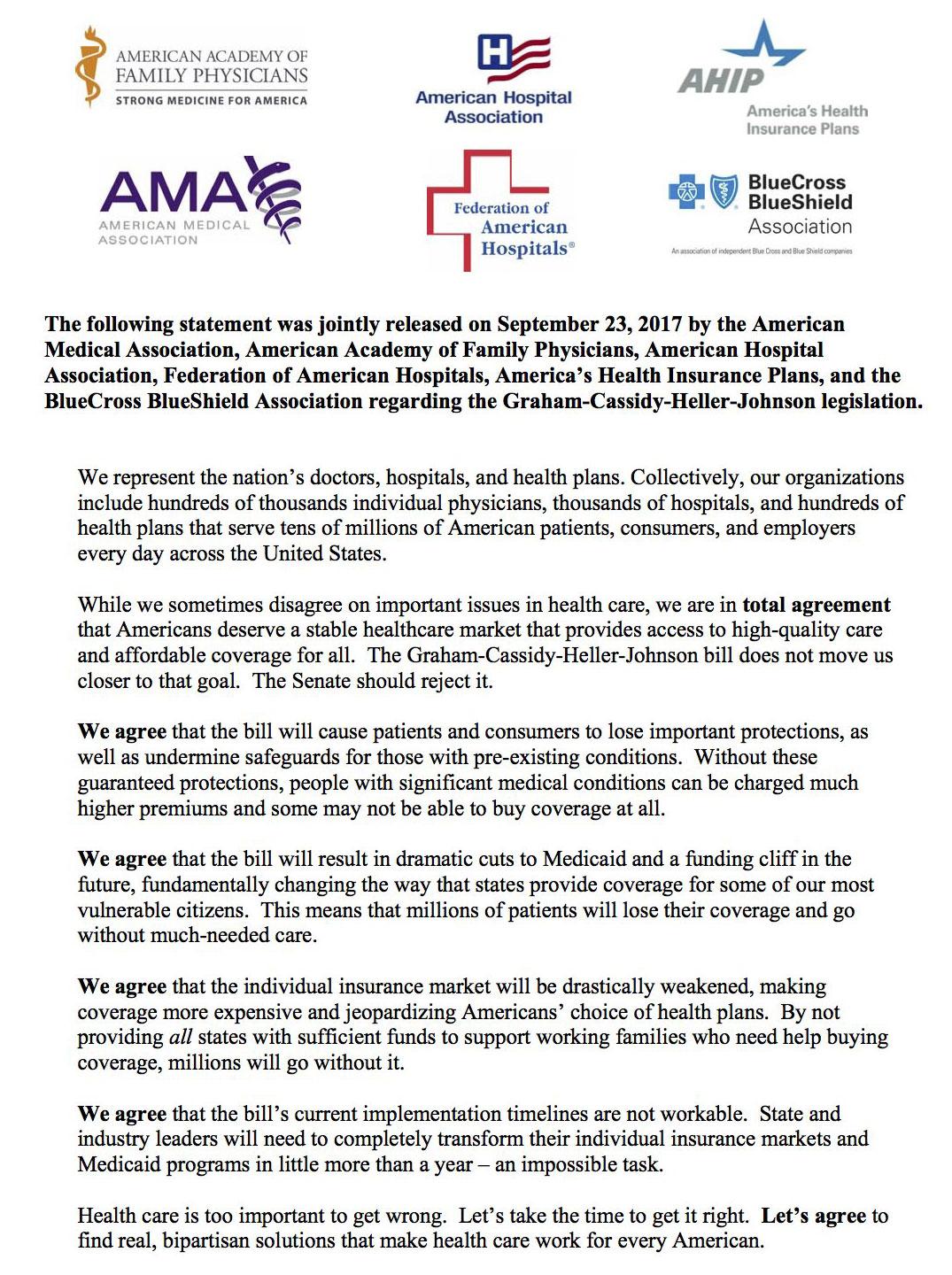 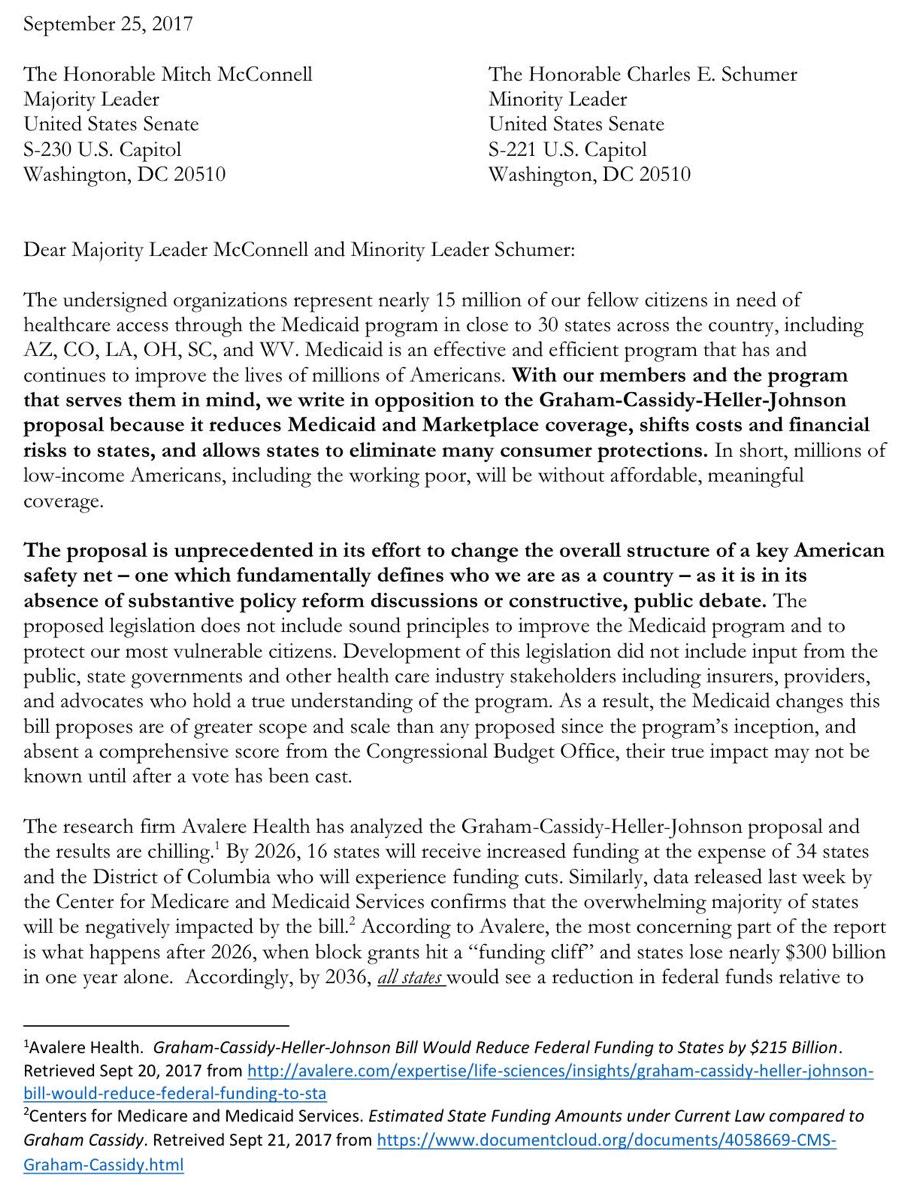 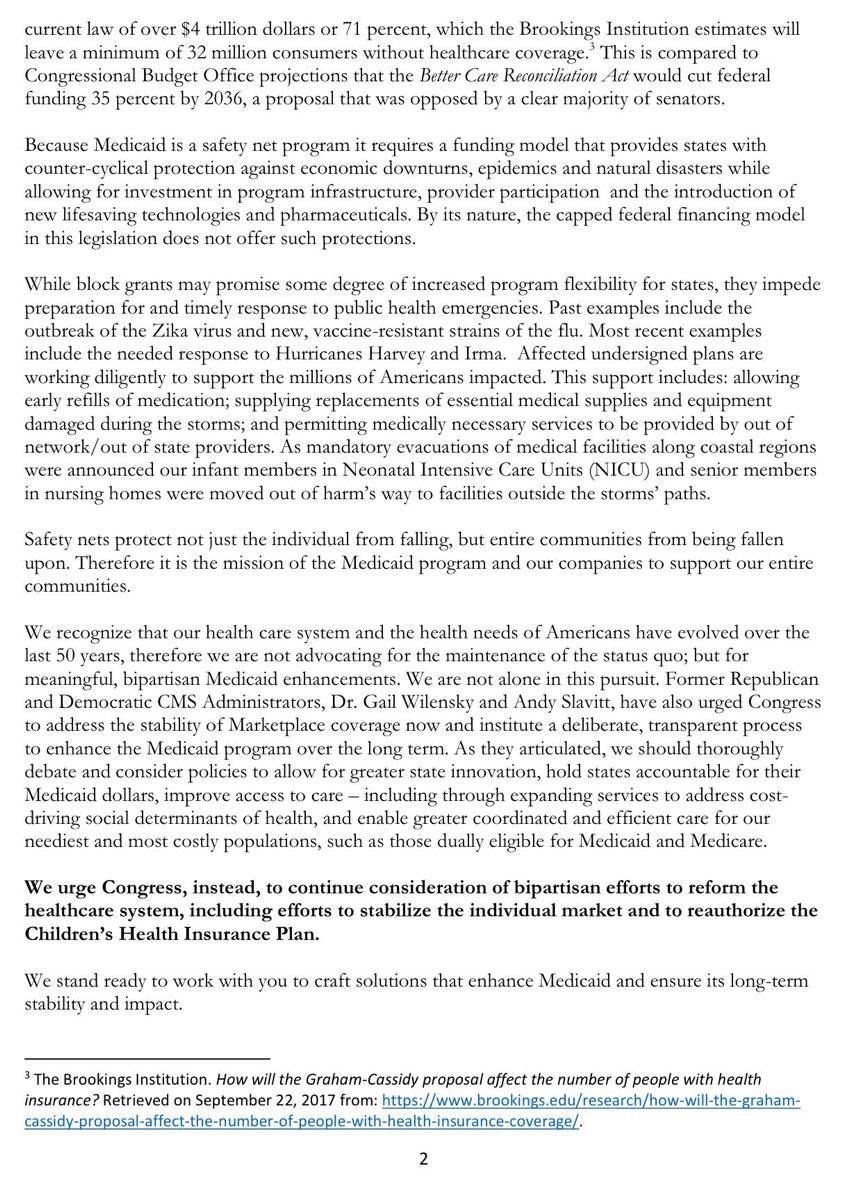 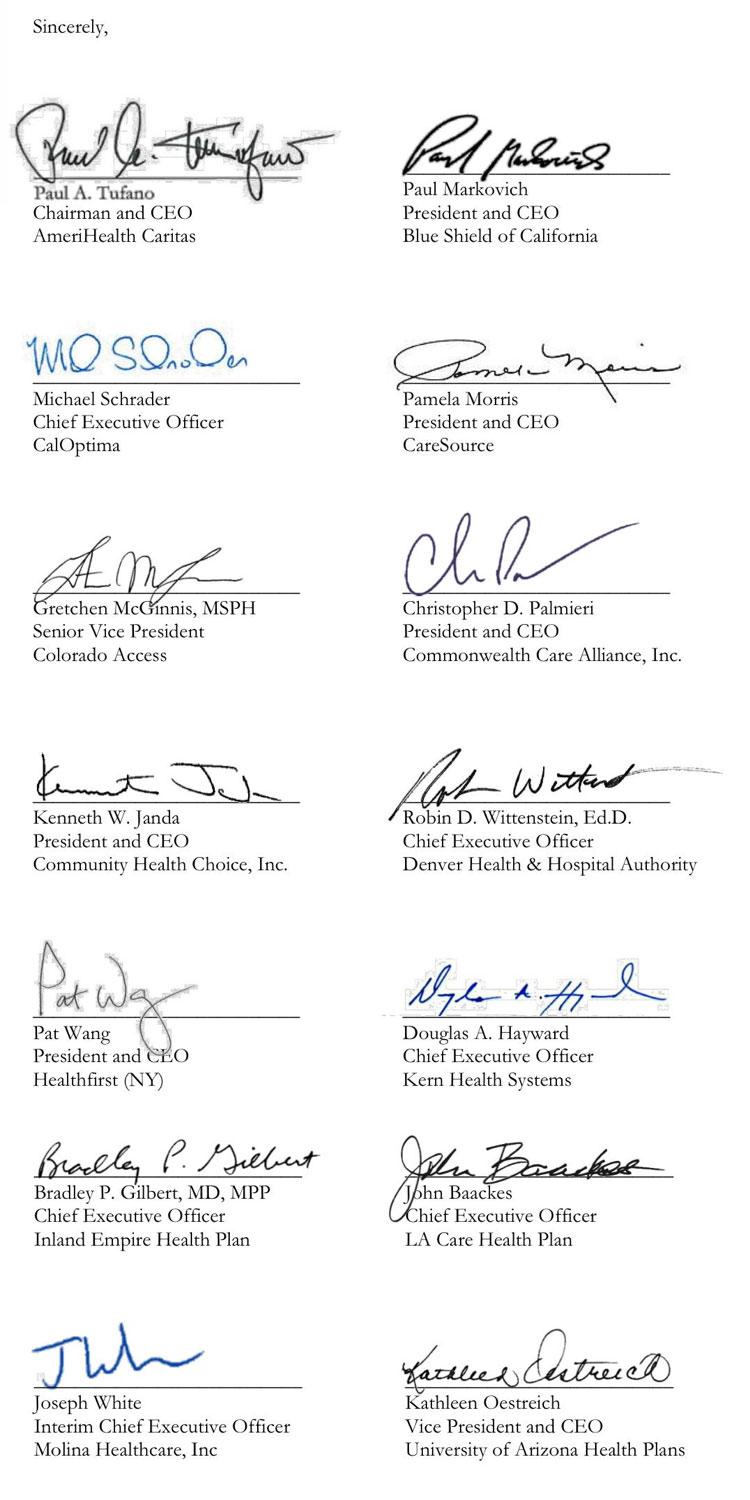 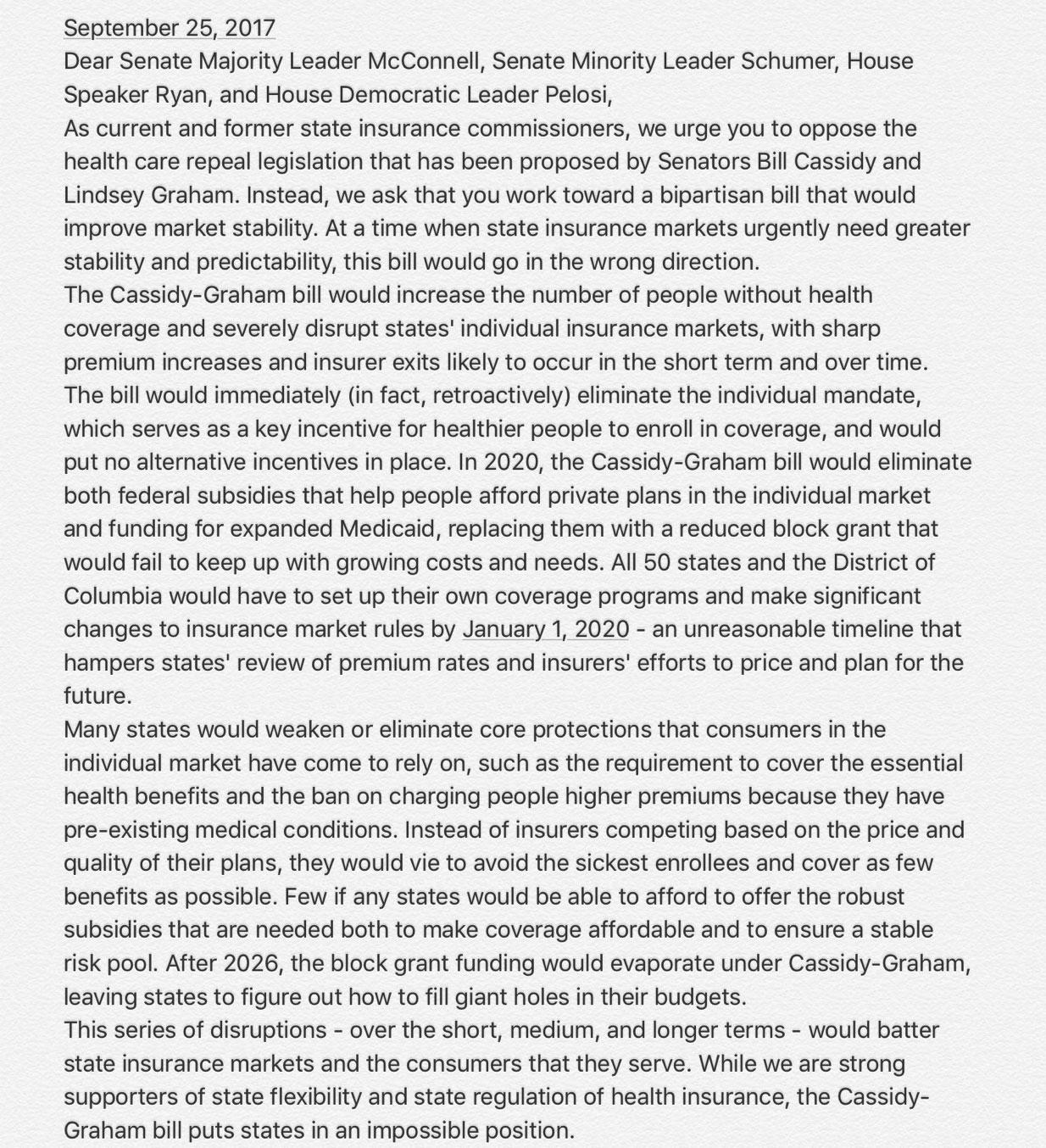 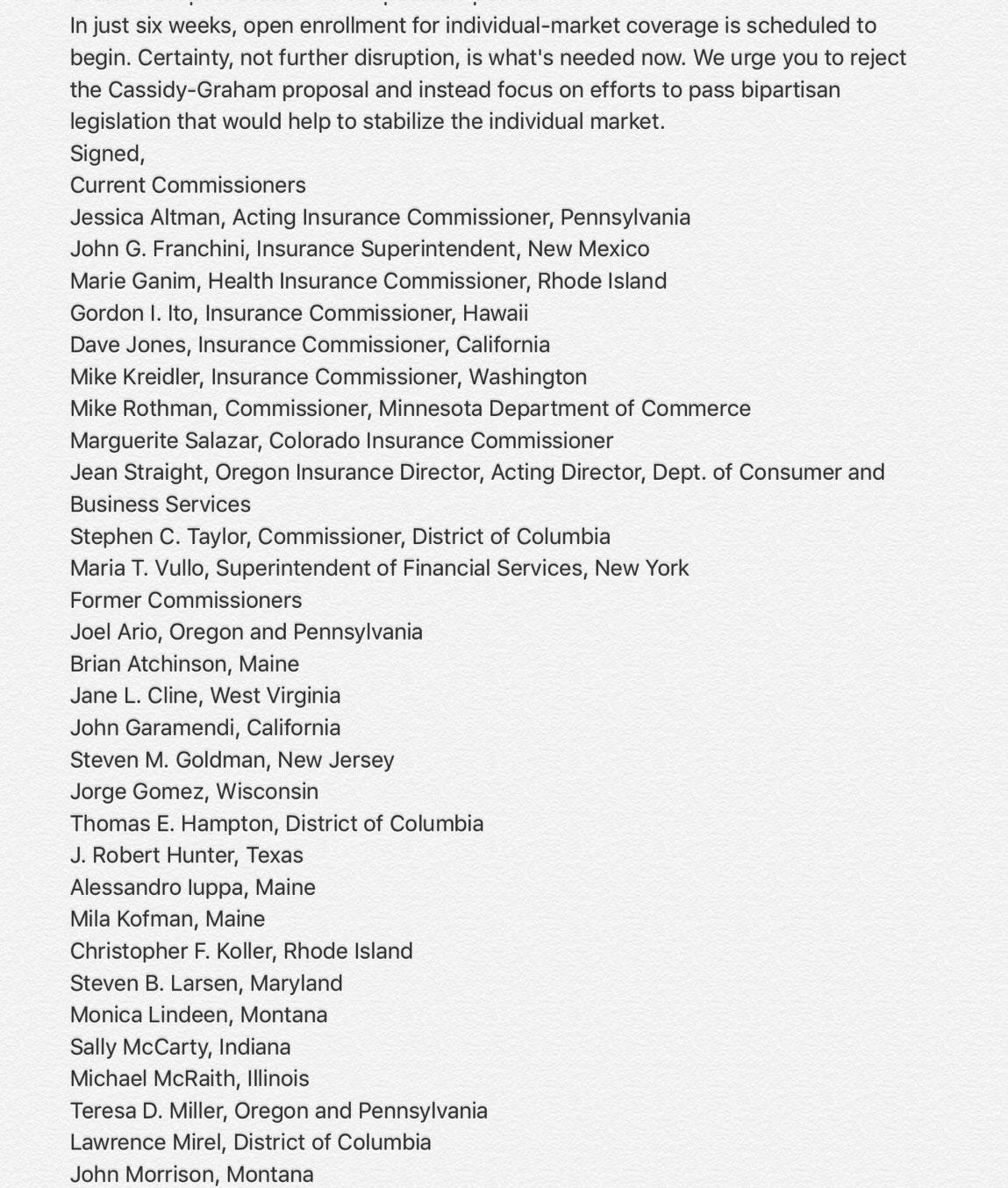