UPDATE: Florida: Here's the ~1.35 million residents who could lose coverage, by county

In the case of Florida, assuming they hit 1.825 million exchange enrollees this year, it comes to a whopping 1.35* million people. 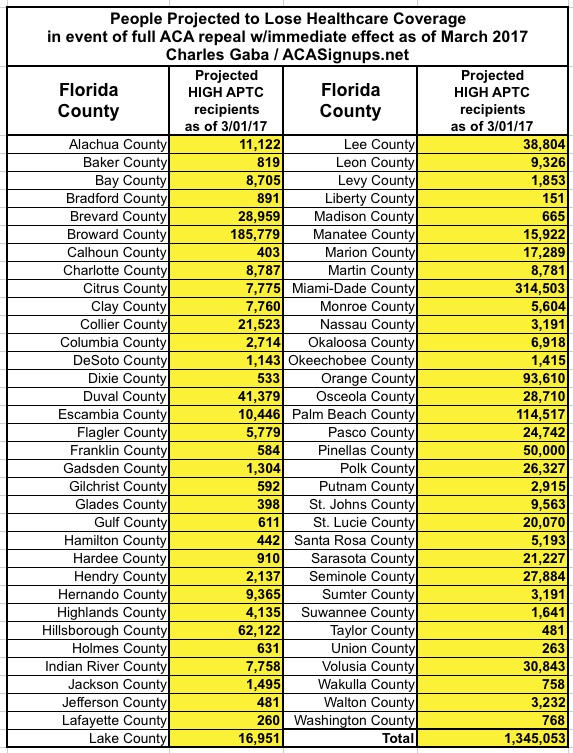