(Note: About 8.4 million children were enrolled in CHIP in 2015, so that's around 64.4 million actually enrolled in Medicaid itself)

As noted in the headline, it's a matter of perspective as to whether these 950,000 people should "count" as being covered "due to" ACA expansion, since most of them were actually transferred over from existing state-funded healthcare programs for low-income residents.

As for the 15.7 million figure, it's important to remember that in addition to those who are enrolled in Medicaid directly due to the ACA expansion provision, there are also several million people who were already eligible for Medicaid even without ACA expansion who have only signed up for the program because of the massive outreach/education program...aka, "woodworkers": Those who either didn't know they were eligible earlier, or didn't know what the enrollment process was, or were previously too embarrassed/ashamed to enroll, etc etc. My best guess as to how many people fall into this category as of August is roughly 3.8 million.

I haven't written about woodworkers since back in May, when Kimberly Leonard of U.S. News & World Report confirmed that a good 2 million Medicaid enrollees counted as "woodworkers"...as of the end of 2014 only. Since then, all evidence suggests that this number has continued to grow steadily, so I feel pretty confident about that 4.2 million figure...and again, 3 months out of date. I presume it's up several hundred thousand more by now.

However, there's still one more category: Those who are newly eligible for traditional (non-expansion) Medicaid. These are people who, like woodworkers, would be eligible for Medicaid even without the ACA...but who only became eligible since October 2013 (that is, via normal life changes to income/employment/etc). I have no idea how many people this includes, but I can't imagine it would be more than 1 million at the outside. This leaves roughly 10.4 million people who are only enrolled in Medicaid specifically due to the ACA's expansion program.

It's worth noting that in addition to the millions of people who would lose their private, individual healthcare policies in the event of a full ACA repeal, around 11.4 million who would be kicked off of Medicaid as well: The 10.4 million eligible due to ACA provisions since the exchanges launched, plus the additional 950K who were enrolled prior to 2014 thanks to other ACA provisions. 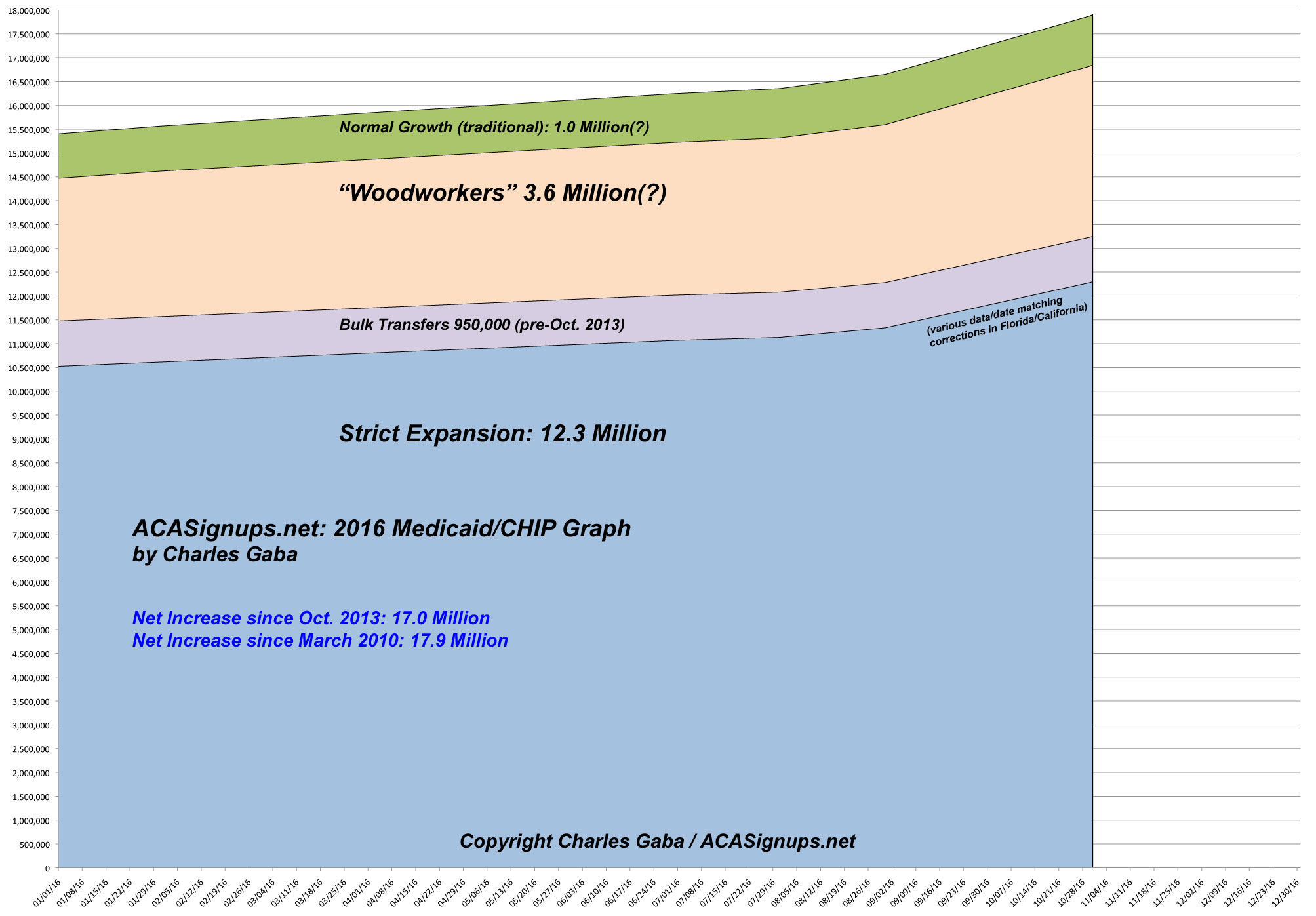