UPDATE: It turns out that Humana is not dropping out of Michigan entirely; they're only dropping their PPO plans, not their HMOs.

I noted last month that like UnitedHealthcare, Humana is pulling out of the individual market in multiple states next year. Unlike United, however, both the number of states and the number of enrollees impacted by Humana's withdrawl is fairly nominal; at the time I counted 5 states and around 25,000 total enrollees. Since then, Humana has confirmed that they're also dropping out of Colorado (9,914 enrollees), for a total of roughly 35,400 people nationally.

Today, I've confirmed that Michigan can be added to the list, impacting 1,717 people enrolled in off-exchange PPO plans. This brings the total to around 37,000 nationally: 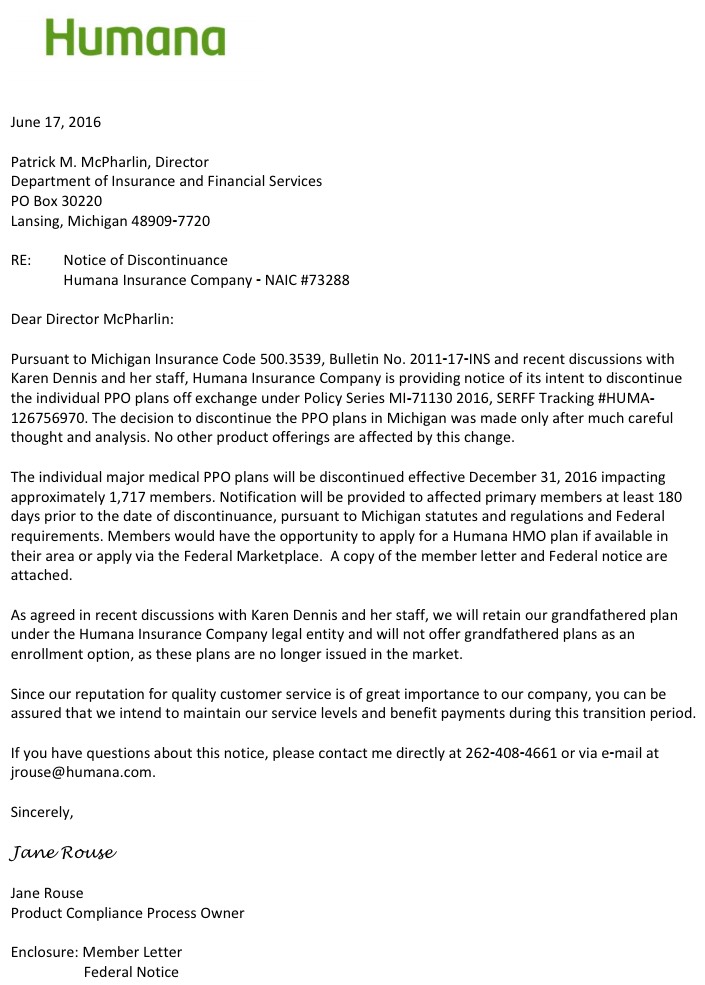