However, in addition to carriers like UnitedHealthcare dropping out of the indy market entirely in many states (including Colorado), as noted above, some carriers partially drop out--they still offer some plans but drop others (usually PPOs). If you assume perhaps 10% of the 450K are grandfathered policies, and also subtract the 92,000 noted above, that leaves perhaps 313,000 people who should be accounted for as being currently enrolled in ACA-compliant policies which will be available next year as well.

Instead, however, the SERFF rate filings only add up to around 82,000 people: SEE IMPORTANT UPDATE BELOW!!

As you can see below, the CO filings are quite clear-cut and don't seem to be missing anyone, so I'm not sure where the remaining 231,000 people are. Sure, the grandfathered tally could be a little higher than 45K, but I can't imagine that it makes up over 3/4 of the total indy market in the state. Weird.

No one seems to be missing either; here's the official press release from the Colorado Dept. of Insurance: 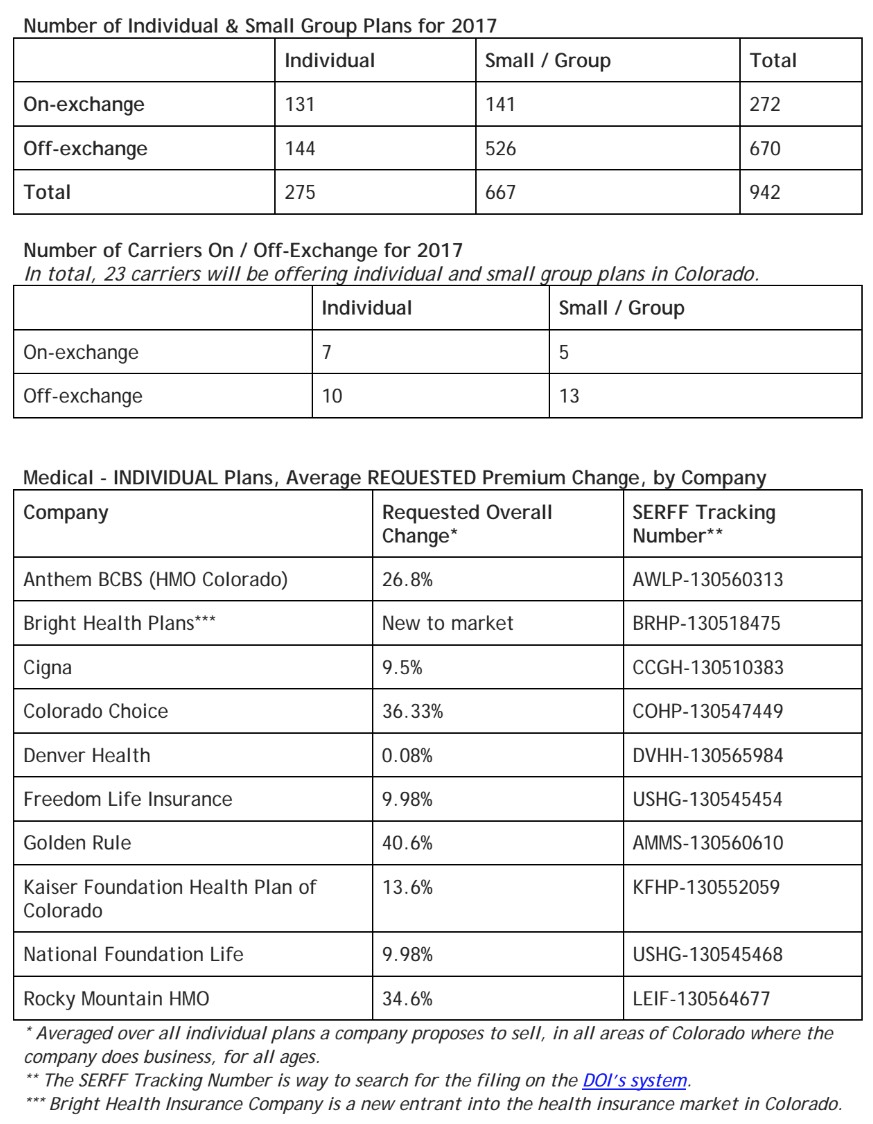 IMPORTANT  UPDATE: D'OH!! I made this mistake once before; thanks to Louise Norris for calling it to my attention. I forgot that in the type of rate filing forms the screenshots below were taken from, the number listed represent the number of policy holders, NOT the actual number of covered lives (i.e., households, not total enrollees). I've since looked up the number of covered lives​ for each carrier and the results are a few points lower, at around 17.7%:

Anyway, assuming the above market share ratios are fairly close (and no one's missing), Colorado is looking at weighted average requested rate hikes of 20.4%.