The monthly Access Health CT board meeting is taking place right now; they've posted a few key data tweets. I'll update if anything else relevant is tweeted out:

James Michel, Director of Operations, has shared that 13,300 new accounts have been created & 5,470 individuals have enrolled in QHP plans.

I'm not sure what to make of the second figure; at the end of September AccessHealthCT was reporting 95,601 effectuated QHPs, so this would be an increase of 3,526 since 9/30, which seems highly unlikely (remember, that's supposed to be currently effectuated enrollees for 2015 only, not including any 2016 enrollments). If it includes the 2016 additions this doesn't mean much, but if QHP effectuations really have shot up 3.7% since September, that would add to the strange discrepancy between what the state-based exchanges have been reporting for 2015 vs. what the major carriers have been reporting.

*MAJOR UPDATE: The CT exchange sent me a link to the actual full board meeting presentation, which includes some more detailed information; in addition, I discussed the confusing numbers above with Arielle Levin Becker of the CT Mirror, who explained that Connecticut is kind-of, sort-of doing this the same way that Rhode Island is: While AccessHealthCT technically hasn't actually "re-enrolled" anyone yet, they're counting all current enrollees as being "re-enrolled" for 2016 for reporting purposes.

In other words, if I'm understanding the report (see screen shots below) and Becker correctly:

It's important to keep in mind that just like Rhode Island, where the new enrollment number will grow throughout #OE3 but will also be partly cancelled out by some renewed enrollees opting out of their renewals before January, the same thing will likely happen with Connecticut's numbers. Hopefully the increase from new folks will outweigh the drop-outs, of course.

In any event, just like with Rhode Island, this development front-loads the "flow" of The Graph a bit, and brings the confirmed 2016 QHP selection total up to 1,271,448 nationally. 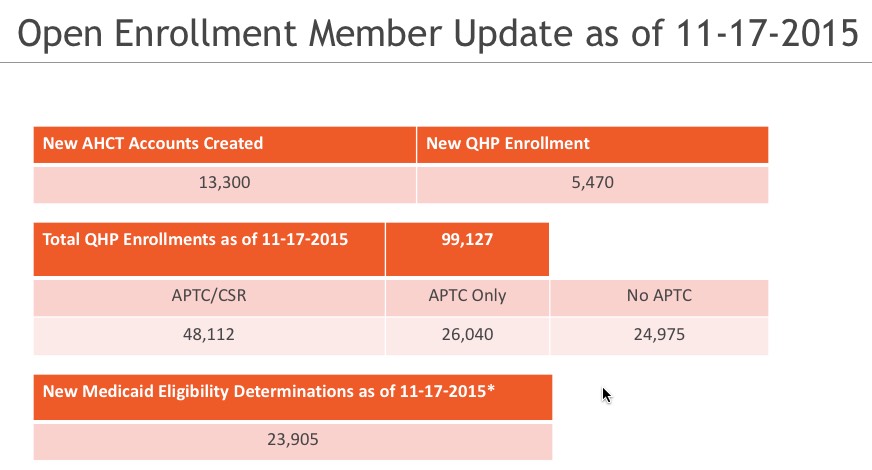 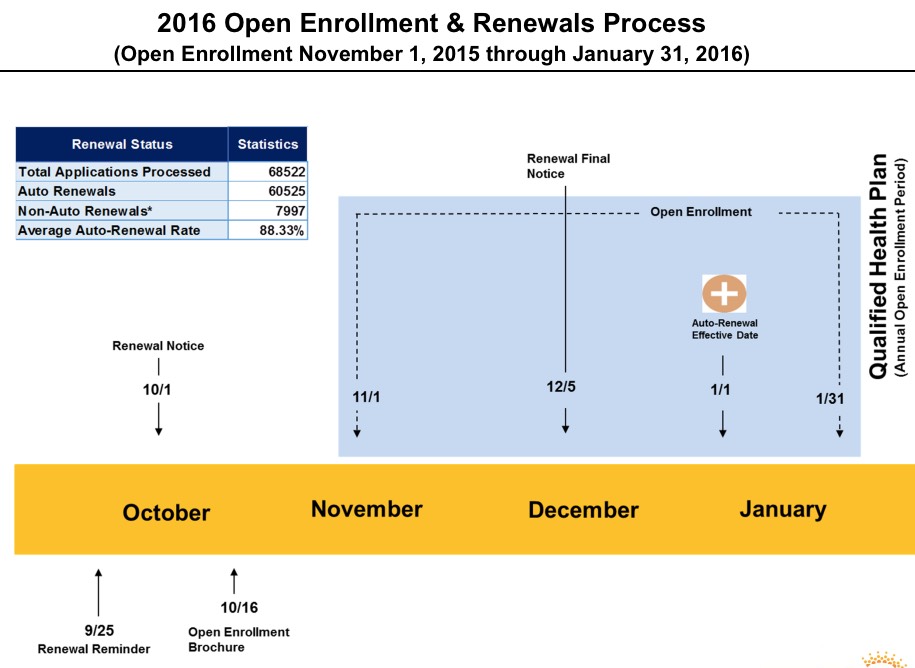