Fortunately, starting with their June report, they've started marking the appropriate data points a bit better. While the QHP selection total is still confusing, the effectuated number (which is really more relevant at this point is the combination of APTC/CSR + non-APTC/CSR enrollees, or 74,583 + 59,617 = 134,200 people as of the end of June.

This is especially noteworthy because it's actually 4% higher than the 4/30 effectuated number...even though Colorado is one of only 3 states (along with Idaho and Massachusetts) not to allow a special tax filing season enrollment period this past spring.

This also makes it more likely that my estimate that effectuated enrollments are around 100K higher nationally (10.3 million) than they were at the end of March (10.2 million) is not only accurate, but may be underestimating things a bit; Colorado is the second state (besides Washington) to come out with effectuated numbers higher now than they were last spring.

If this trend is representative nationally, it's possible that the effecutated total as of this summer is higher yet--perhaps 10.4 million or so? However, I'll keep it at 10.3 for the time being; 2 states does not a trend make. 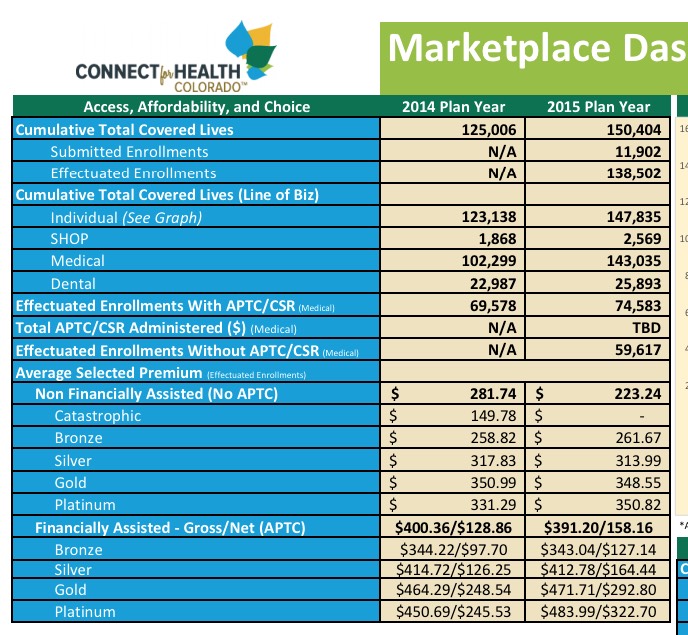