In addition, NM is one of the few states which makes it fairly easy to figure out the "woodworker" enrollment number: Total Medicaid enrollments were at around 811K vs. 575K in December 2013 (just before expansion kicked in). That's a difference of 236,502. Subtract the 205,901 expansion enrollees and you have 30,601 additional people who have enrolled in "normal" Medicaid since 1/1/14. Of course, some of this is "normal" increases in Medicaid enrollment, but even so...

Oh, while I'm at it, awhile back Esther F. provided this report which, among other things, notes that New Mexico's SHOP (small business) exchange enrollments reached a whopping...um...877 covered lives as of the the end of March. 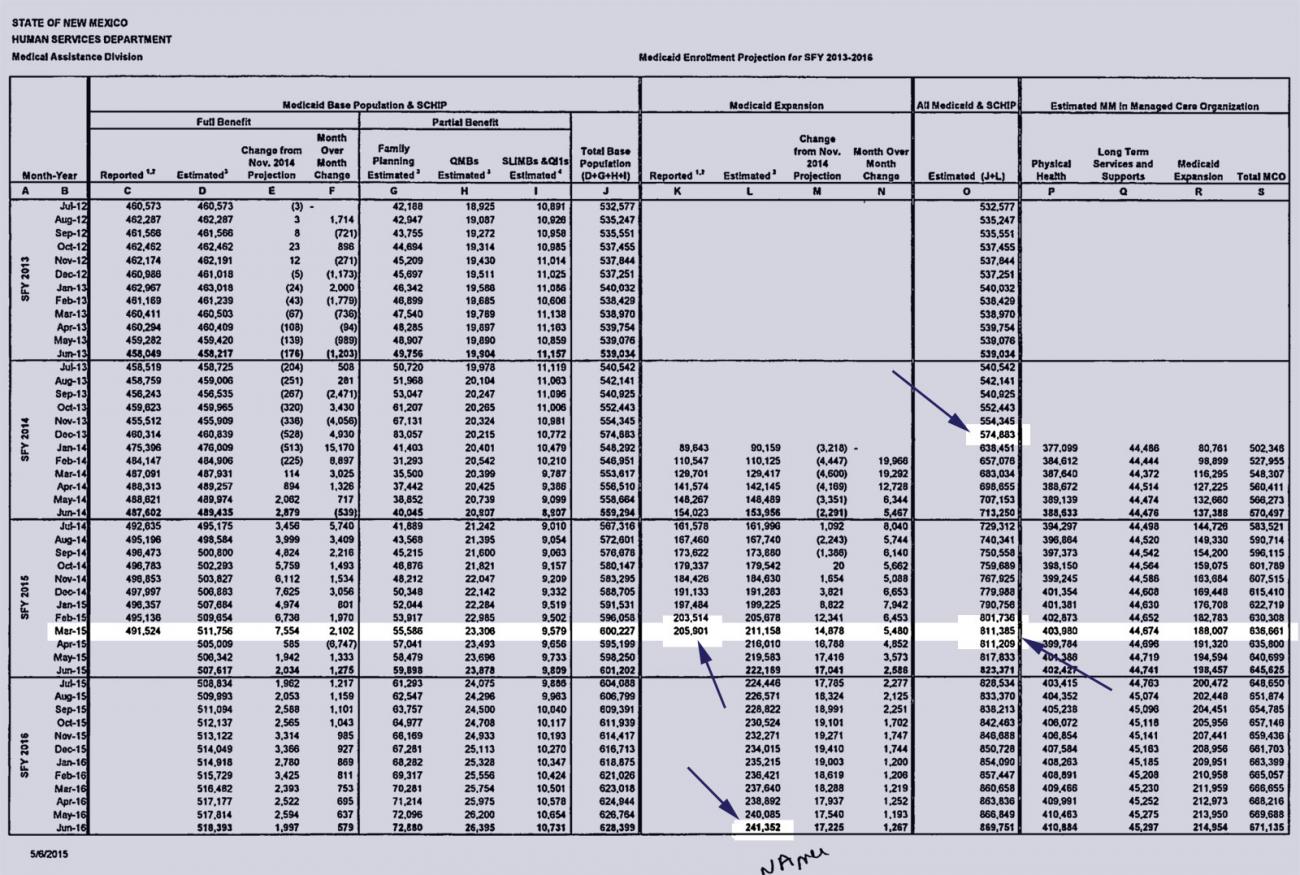