Of those, "Currently covered lives" (ie, effectuated and paid) is a total of 144,577. Again, subtract SHOP and you have 140,861, or an impressive 93.8% payment rate...except that they list the official number of "Medical Currently Covered Lives" as 141,639, which would be 94.3%. I'm assuming the 778 difference reflects some combination of additions/drop-outs on the SHOP side, but the 141K figure is reiterated in the 2 additional slides (see below).

On the other hand, it's also possible that the 153,945 grand total figure doesn't include SHOP, in which case the payment rate is still 92% even.

I've asked the C4CO exchange to clarify here, and will update this post as appropriate. In the end, CO are still coming up short on actual QHP selections (they were shooting for 194K officially), but they're still around 20% higher than last year, which isn't too bad all things considered. 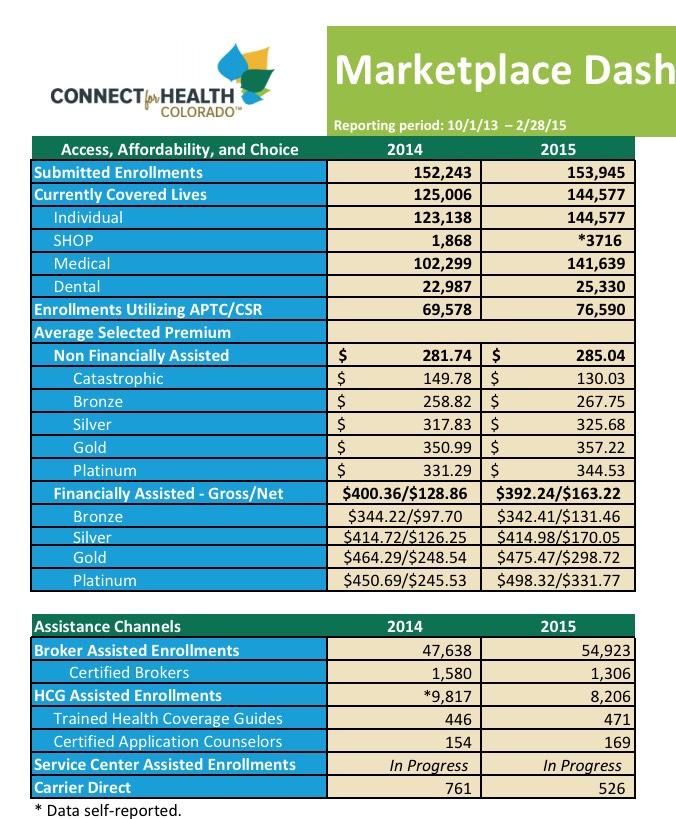 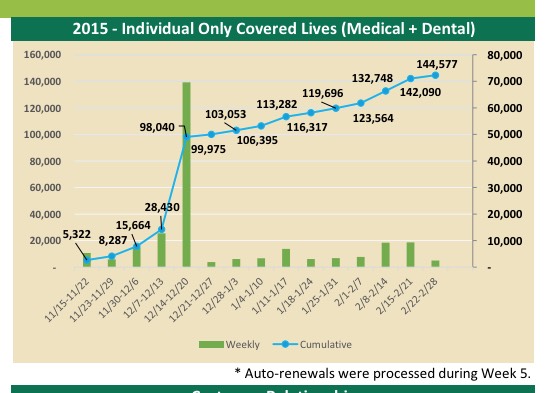 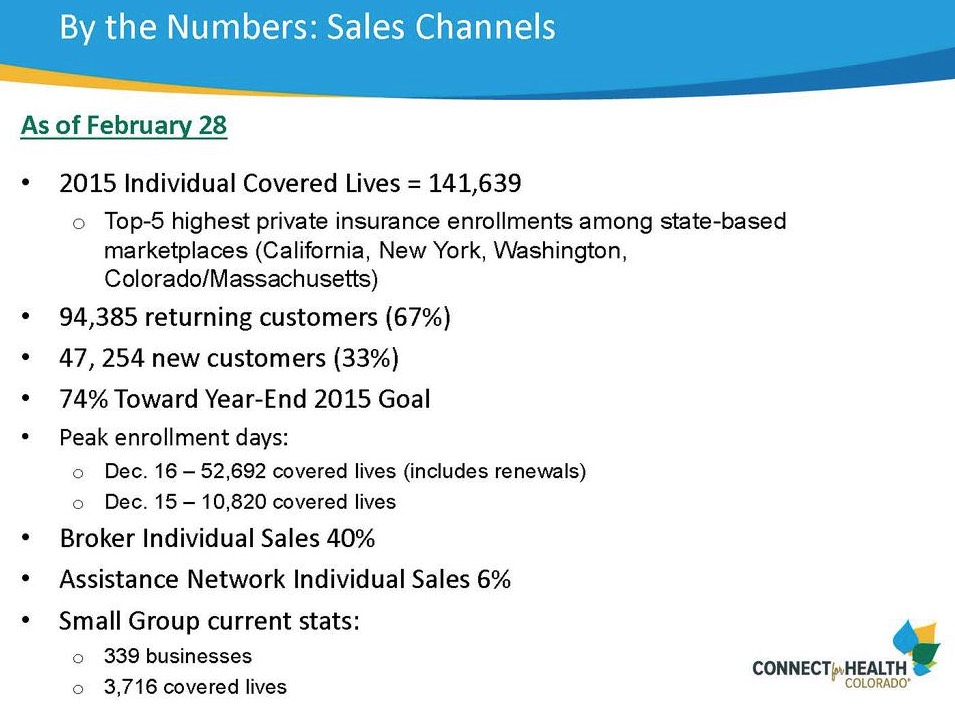 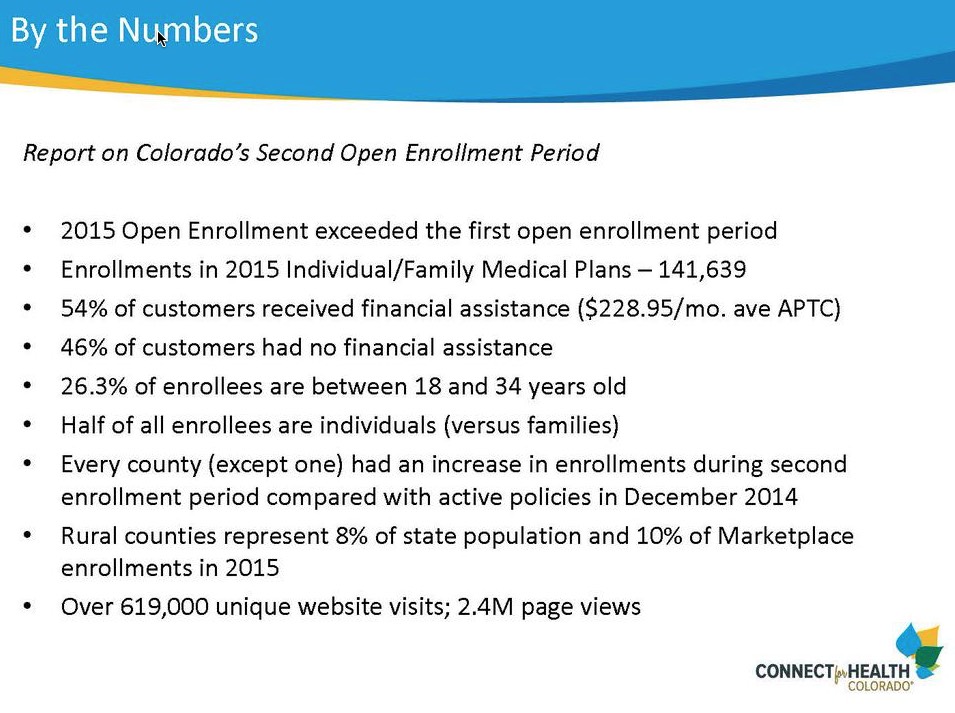