Yesterday, the New York Times posted an infographic depicting the breakout of insurance coverage for everyone in the country, based entirely on my data. The grand total of ACA-specific health insurance coverage topped out at around 31.4 million, but left out close to a million people due to rounding and to deliberately leaving out a few items (such as people enrolled in small business coverage via the SHOP exchanges, which I estimate to be around 220,000 people nationally).

Today, I'm posting my own "complete" ACA graph...which will be familiar to anyone who was following this site last year. In 2014 I tried to display every form of ACA coverage on a single graph (exchange QHPs, off-exchange, Medicaid expansion, woodworkers, SHOP...the works). It became too cumbersome for everyday use, so I split Medicaid/CHIP off onto their own graph and simplified the rest.

However, now that every state (except for Idaho) has been updated through at least February 15th, here, once again, is the complete 2015 ACA enrollment graph, showing the rough breakout of all 32.3 million people whose current healthcare coverage is either wholly or partly due specifically to the Affordable Care Act.

UPDATE: Regarding the "Sub26ers" (19-25 year olds allowed to stay on their parents' policy thanks to the ACA): Many of these are already counted in other categories at this point. Many, however, are included in Employer Sponsored Insurance policies (not listed here). Unfortunately, this number was always very hard to pin down to begin with, and there were some policies in some states which already allowed 19-26ers to stay on their policies even before the ACA. As a result, this year I've completely abandoned trying to even keep track of it. However, they're definitely out there.

I should also note that earlier today I posted a long-term projection which looks at how the rest of 2015 should play out...assuming that the Supreme Court DOESN'T gut HC.gov tax credits, that is. 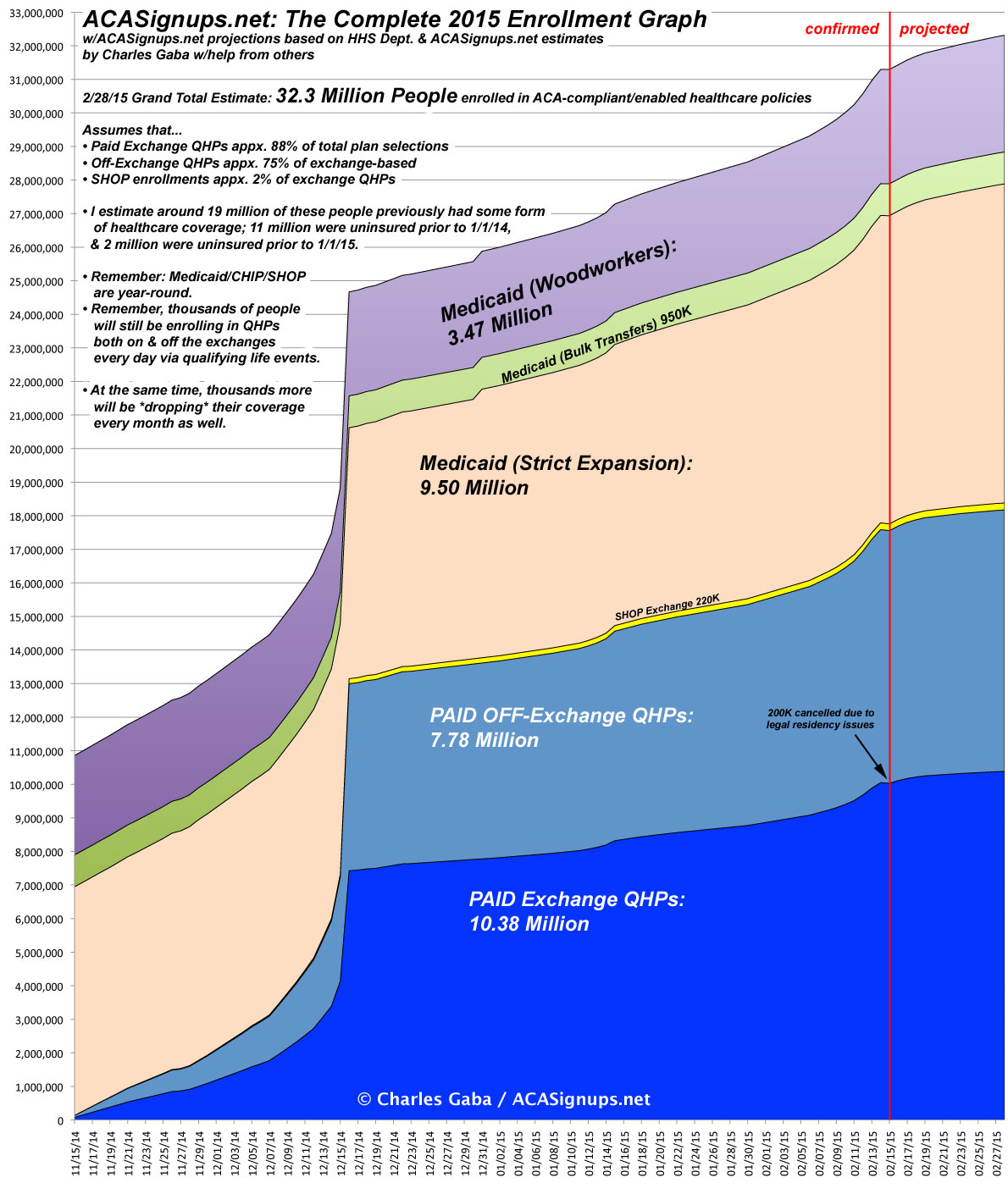