Colorado's first official enrollment report is simple, to the point, and includes not only new Medicaid/CHIP data after all (I was concerned that they'd stopped doing so, but apparently not), but also includes a handy 2015 vs. 2014 comparison chart, the SHOP number and even the number of QHP enrollees receiving tax credits/cost sharing!

In fact, the only gripes I have here are the lack of a new vs. renewal breakout (which it looked like they were going to include at first). They also don't include Medicaid/CHIP for 2014, but I already know that number went up 310K so far this year.

So far, Colorado is the first state I can confirm is actually running slightly below their 2014 open enrollment period daily average (other states showing as below 100% like CA & CT only include partial numbers so far), but that's fine for now, since I guarantee you there'll be huge spikes on/around the 15th and again in mid-February. This only seems "low" relative to underperformers from last year like Massachusetts, Maryland and Vermont, which are kicking serious butt this time around.

Finally, the 2014 side-by-side chart is a nice touch. CO's total through April 19 was

Anyway, a solid, if not jaw-dropping start for Colorado. 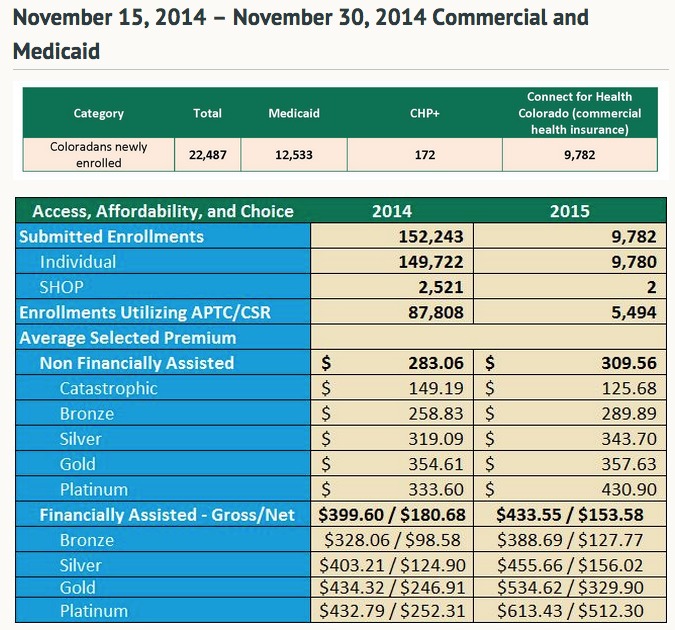