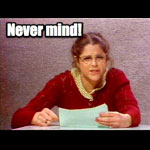 @charles_gaba see pages 21 & 22 for state data on # determined eligible to enroll in a marketplace plan http://t.co/w4nceE6hkf

However, as Jed noted, take a look at the entries for both NC and LA under the first column, "Total Eligible to Enroll in a Marketplace Plan":

If you look at the footnote (3) for this column, the description is:

(3) “Individuals Determined Eligible to Enroll in a Plan Through the Marketplace” (i.e., a Marketplace plan) represents the total number of individuals for whom a Completed Application has been received and who are determined to be eligible for plan enrollment through the Marketplace during the reference period, whether or not they qualify for advance payments of the premium tax credit or cost-sharing reductions. These individuals may or may not have enrolled in coverage by the end of the reference period. Individuals who have been determined or assessed eligible for Medicaid or CHIP are not included.

In other words, these are the total number of applications which have been completed, not the total number of actual enrollments. There was a lot of confusion about the difference betwen the two last fall (I was guilty of this myself until around late November), but I really thought everyone understood the distinction by this point. Just because you create a username/password and fill out all of your household info (income, state/county, family member ages/etc, identity verification, etc) doesn't mean you've actually put a policy in your shopping cart. In NC, 391K people had gone through the first several steps (applied) as of March 1st, but only 200,546 had actually purchased a plan (enrolled); in LA, 107K had applied, but only 45,561 had enrolled.

Now, this is disappointing for two reasons. First, of course, because it means that the pie-in-the-sky QHP enrollment numbers that these seemed to indicate are simply not the case; I was right to be skeptical and to leave these out of the projection chart.

Secondly, it's a bit concerning that either the HHS Regional Administrator or the reporters that wrote both stories managed to misstate the actual enrollment figures (at the very least, even if he meant to refer to "applications", it should have been made very clear to the reporters that this wasn't the same thing as "enrolling").

Of course, it's still conceivable that I'm misreading this whole thing (in which case I'll apologize to the HHS Regional Admin), but this certainly seems to resolve the mystery.