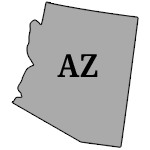 HOWEVER, when you watch the video at the link, he says, at the very beginning:

"as of the end of February, there were approximately 60,000 people enrolled in the marketplace… (and then a minute later) …there have been over 80,000 who've enrolled in Medicaid, 60,000 in that marketplace…"

Second, the article makes it sound like the 60K figure is within the past few days, when it's actually over 3 weeks out of date.

So, while I can't use this data in the spreadsheet or on the projection chart, it does make for a useful example in data accuracy and sourcing (in this case, the direct source was the regional director of the HHS Dept. Make of that what you will...)