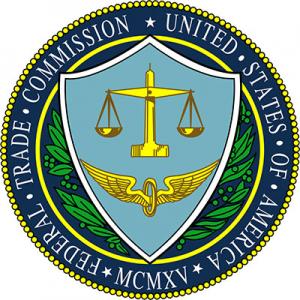 After both the Washington HealthPlan Finder and Pennsylvania's Pennie ACA exchange announced that they were setting up Special Enrollment Periods for residents who were scammed by Benefytt Technologies into buying non-ACA compliant heatlhcare policies, this shouldn't be surprising.

CMS tells Inside Health Policy that it has opened a special enrollment period on healthcare.gov for consumers who were misled into purchasing non-ACA compliant “sham” health plans by the health care marketing firm Benefytt. Last month, the Federal Trade Commission and Benefytt agreed to a corrective action plan that required the company put $100 million into a pool to provide consumers refunds, inform them about the complaint and let them cancel products.

Unfortunately, due to the paywall that's all I have access to, but the FTC's own "business blog" goes into more detail on the settlement:

Benefytt – which has also done business as Health Insurance Innovations and through multiple other subsidiaries and operating units – relied heavily on the Affordable Care Act to spark interest in what they sold. But according to the FTC, Benefytt and its agents often falsely pitched their products as ACA-qualified plans. In other instances, they allegedly told consumers that Benefytt’s products provided coverage equivalent to comprehensive ACA-qualified plans, but at a lower price.

It wasn’t until people actually needed healthcare that it became apparent that what the defendants sold them wasn’t an ACA-qualified or equivalent plan, and could be more accurately described as a bill of goods. According to the complaint, when people tried to schedule a doctor’s appointment or fill a prescription, they learned that the defendants’ products offered little or no coverage. Others received medical care under the assumption that most of their costs would be covered only to find out after the fact that the defendants had left them holding the bag – and hundreds or even thousands of dollars in medical bills.

But that’s not all. The FTC alleges that the defendants engaged in other illegal practices, including unfairly billing people for additional products without getting their express consent. For example, in addition to selling “core” products, the defendants offered a variety of separately billed “supplemental” add-ons – accident insurance, vision and dental discount plans, telemedicine, and the like. According to the complaint, the defendants’ sales tactics blurred the line between the two and in some instances, they even referred to the supplemental products as “included.” In addition, the defendants used a deceptive bag of design tricks – fine print, buried “disclosures,” etc. – to pack on unapproved fees. The upshot: Consumers were stuck with recurring monthly charges they never agreed to.

Consumer and corporate communications quoted in the pleadings demonstrate that the defendants knew that people were being billed without their permission. How did the defendants respond? According to the FTC, they often ignored consumers’ cancellation requests and continued to stick them with junk fees. What’s more, even when consumers called to cancel the “core” product, the defendants often kept charging them for the “supplemental” products – the ones many consumers didn’t know they were paying for in the first place.

In addition, the complaint alleges the defendants violated the three principle protections of ROSCA by failing to disclose all materials terms of the deal up front, by failing to get consumers’ express informed consent before billing them, and by failing to have a simple cancellation mechanism. And if consumers didn’t already have a headache, the FTC alleges that Benefytt engaged in a host of practices prohibited by the Telemarketing Sales Rule, including calling numbers of the National Do Not Call Registry and inflicting an annoying onslaught of illegal robocalls.

In addition to the $100 million judgment, the settlement with the companies includes injunctive provisions designed to prevent law violations in the future. The proposed order also requires the companies to closely monitor the activities of their lead generators and distributors, to review their marketing materials and sales scripts, and to terminate them if they don’t comply with the order. What’s more, the companies must notify and offer refunds to any consumers affected by those terminations.

And don’t think the proposed settlement will allow the corporate defendants to fly under the radar. No, indeed. You’ll want to read the companies’ order for details, but they must directly notify customers about the FTC’s allegations and give them the opportunity to cancel their contracts. The notice also must tell people how they can take advantage of a special enrollment period that will allow them to sign up for a real ACA-qualified health insurance plan. What if customers don’t respond to Benefytt’s initial notice? The company must contact them again to make sure they know they can cancel.

The proposed settlement with Gavin Southwell  includes key provisions designed to protect consumers in the future. Among other things, the order prohibits a host of illegal conduct, including material misrepresentations about products or services, misleading billing practices, deceptive negative option offers, and practices that violate the Telemarketing Sales Rule. The order also bans him for life from the advertising, marketing, promotion, or sale of any “healthcare-related product.” To make sure he doesn’t try some variation of the course of conduct challenged in the complaint, the order defines the phrase “healthcare-related product” broadly. In addition, it prohibits Southwell from disclosing, using, or benefitting from customer information obtained before the entry of the order.

The proposed order against Amy Brady includes similar prohibitions on a wide variety of deceptive or unfair practices related to advertising, billing, and negative options. It also imposes a permanent ban on her participation in the advertising, marketing, promotion, or sale of healthcare-related products and bans her for life from telemarketing, whether directly or in an advisory capacity.

Here's a screenshot of the portion of the letter which Benefytt would be required to send to all of their customers which relates to the Special Enrollment Period: 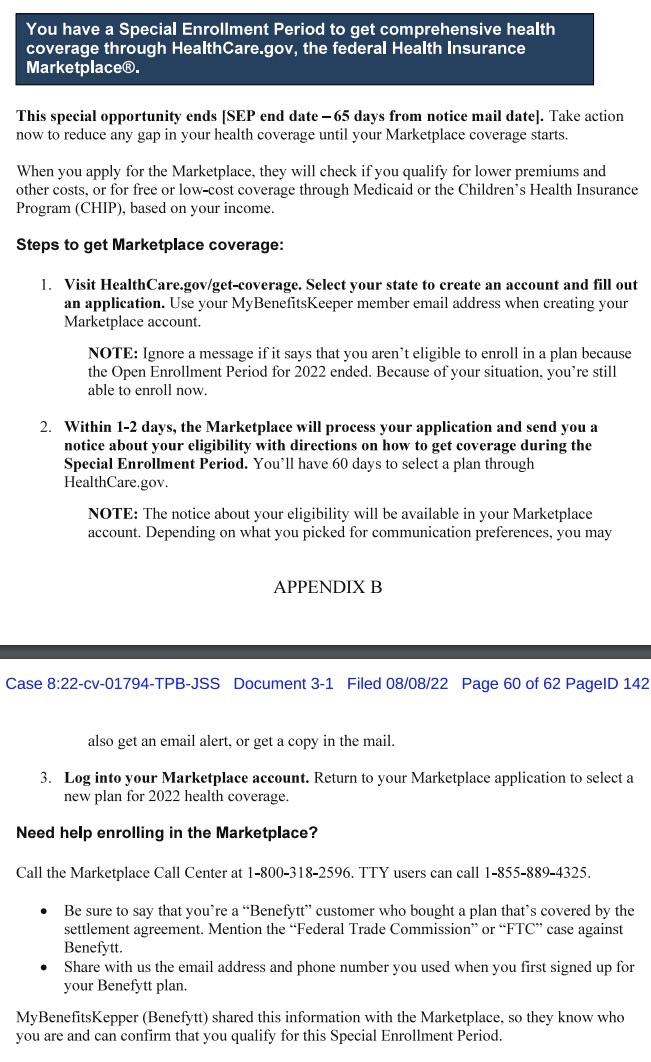