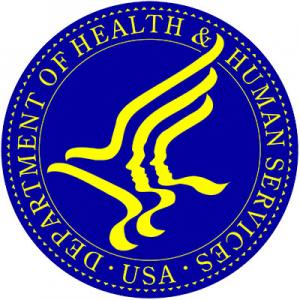 And yes, that's literally how the headline is worded in the official press release (via email, no link yet):

“Denying women the care they need is un-American—in fact, it’s dangerous. That sums up the latest move in Congress to try to take away women’s access to prescription medication for reproductive health. Under federal law, patients have the right to access the health care they need, free of discrimination. The Biden-Harris Administration will vigorously advance and protect women's rights to essential health care. We won’t hesitate to enforce the law.”

Below is a summary of the actions HHS has taken to ensure access to reproductive health care following the Dobbs v. Jackson Women’s Health Organization Supreme Court decision:

Safeguarding Information on Health and Rights for Patients and Providers: HHS launched the ReproductiveRights.gov public awareness website, which includes accurate information about reproductive health, including a Know-Your-Rights patient fact sheet to help patients and providers.

Protecting Patients and Providers from Discrimination:

Protecting Patient Privacy: HHS issued guidance that clarifies to patients and providers the extent to which federal law and regulations protect individuals’ private medical information when seeking abortion and other forms of reproductive health care, as well as when using apps on smartphones.

HHS has also released a report that the agency prepared for the President on HHS actions taken to-date to ensure access to reproductive health care following the Supreme Court’s ruling, with further details on future actions and commitments. Read the report “Secretary’s Report: Health Care Under Attack: An Action Plan to Protect and Strengthen Reproductive Care.”