Arkansas is a problematic state for many reasons, but I have to give their insurance dept. website high praise for posting their annual rate filings in a clear, simple & comprehensive fashion (which is to say, not only do they post the avg. premium changes for each carrier, they also post the number of covered lives for each, which is often difficult for me to dig up). Better yet, they also include direct links to the filing summaries and include the SERFF tracking number for each in case I need to look up more detailed info.

Anyway, there's nothing terribly noteworthy in the 2023 filings, in which AR carriers are seeking an average 5.9% rate hike on the individual market and 5.1% for small group plans. The only item which sticks out is Oscar Insurance Co., which is leaving the Arkansas market...after just a single year:

“Those give us confidence in the fullest opportunity to focus on markets where we can win. As such we are focused on modifying our portfolio mix by markets and by products,” Schlosser said, noting Arkansas and Colorado are “relatively small markets for us” and Oscar intends to make the exits “as seamless as possible” while continuing to cover the states’ members this year.

A number of factors contributed to the decision to depart the two states, according to CFO Scott Blackley, including Oscar never achieving scale, and not seeing opportunities there that were any better than in other small markets.

In addition, recent regulatory changes in both markets would have increased Oscar’s compliance work, so it’s easier to exit the markets, Blackley said.

Oscar entered Arkansas for the first time for the 2022 plan year, and also expanded its footprint in Colorado. 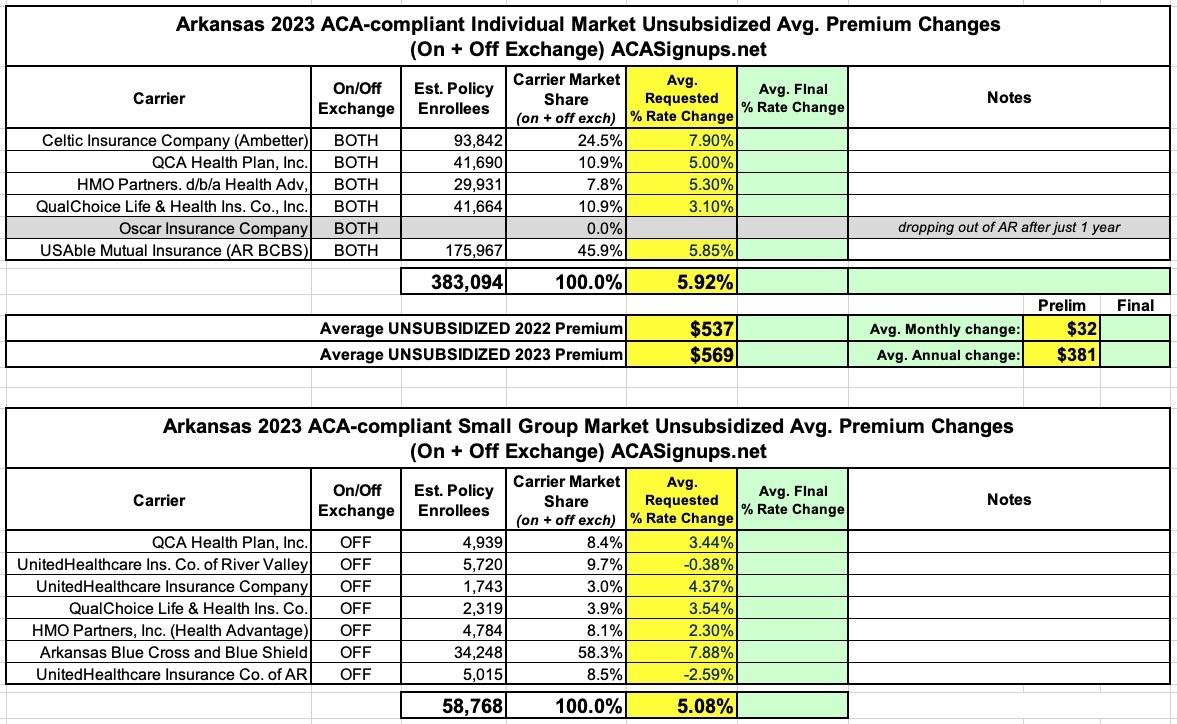