The Kentucky Insurance Dept. has posted the preliminary 2023 rate filings for the individual and small group markets.

Overall, individual rates are increasing by around 8.2% on average, while small group plans are going up by 5.9%.

The projected population consists of expected retention of existing policies and new sales. The sources of new entrants include the previously uninsured population, grandfathered and transitional policies voluntarily migrating to ACA-compliant plans, and previously insured populations from other markets or carriers. The morbidity adjustment reflects projected Anthem and market changes in morbidity, including changes driven by economic conditions and from the expiration of the enhanced ACA premium tax credits available under The American Rescue Plan Act (ARP) as of December 31, 2022. Membership projections reflect contraction similar to pre-ARP population in 2021. Exhibit E shows the morbidity factor.

The 2023 premium rates supported by this Actuarial Memorandum were developed based on ACA statutes and regulations, and the relevant KY State statutes and regulations. The 2023 premium rates include the anticipated impact of COVID-19 and reflect the expiration (aka sunsetting) of the American Rescue Plan (ARP) subsidies for 2023 and the return of pre-ARP federal and state subsidies. 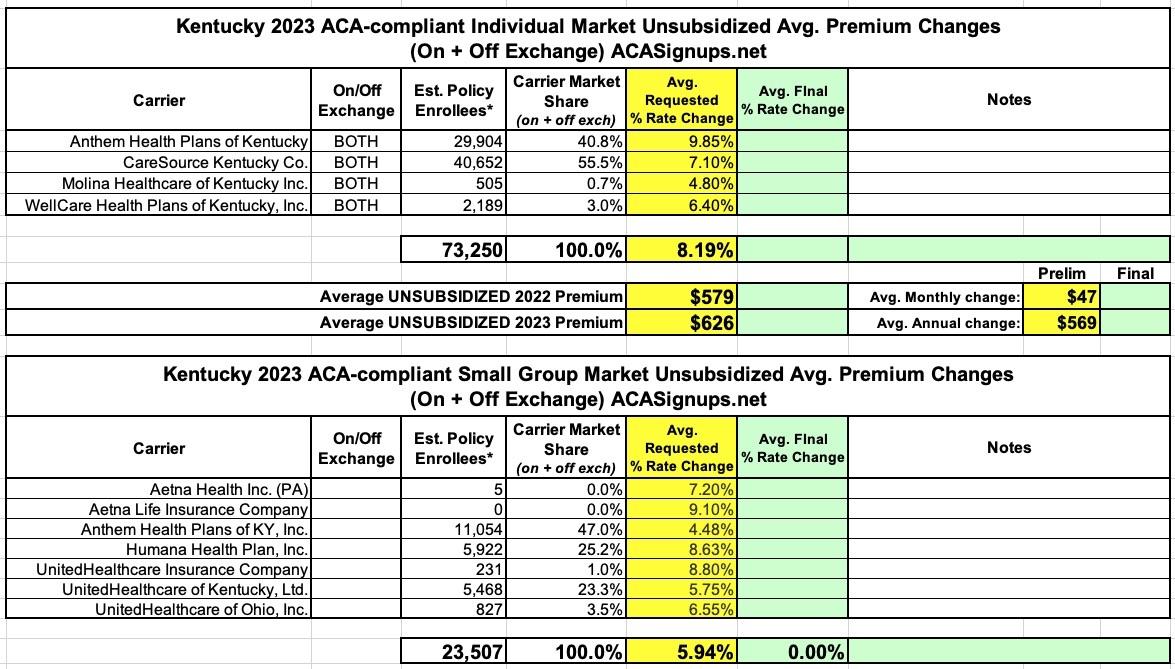