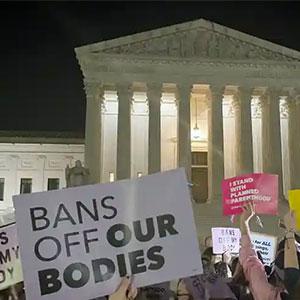 Via email, no link yet:

Today, Health and Human Services Secretary Xavier Becerra released the following statement on the heels of a Politico report, claiming to include a draft Supreme Court opinion on Roe v. Wade --

Patients make their own decisions about their own bodies. That’s their right.

Abortion remains legal today and patients can access care. The laws we have seen coming out of states that deny care are dangerous.

HHS has taken several meaningful actions under the Biden-Harris Administration to protect and bolster reproductive health, rights, and justice, including: