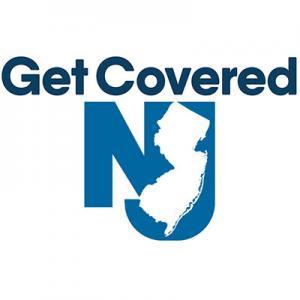 TRENTON – Department of Banking and Insurance Commissioner Marlene Caride today announced that more than 300 thousand New Jersey residents have signed up for health insurance at Get Covered New Jersey (GetCovered.NJ.gov) so far during the Open Enrollment Period—an increase of 21 percent compared to last year. The number of residents signed up for coverage is a record high for New Jersey, with more consumers signed up for marketplace coverage than during any prior Open Enrollment Period since passage of the Affordable Care Act.

The record number of signups follows policy actions at the state and federal levels to drastically increase financial help and to increase access to coverage during the COVID-19 pandemic. Now, nine out of 10 residents enrolling at Get Covered New Jersey qualify for financial help to make the cost of quality health insurance more affordable, and the majority of people receiving financial help have access to a health plan at a cost of $10 a month or less. The record-high signups also come as the January 31st Open Enrollment deadline is approaching.

“New Jersey has made health care access a priority from the start of the Murphy administration, and there is no doubt that our work is paying off. More New Jersey residents are now signed up for health insurance on the marketplace than ever before. These individuals have quality, affordable health insurance at a time when coverage and care could not be more important,” said Commissioner Caride. “And thanks to the leadership of President Biden and Governor Murphy, now more people qualify for lower cost premiums than ever before because of the significant savings available from the federal American Rescue Plan and state subsidies. If you need health insurance, we urge you to not wait. Check out your options and sign up now before the upcoming deadline.”

There are less than two weeks left for residents without coverage through an employer or other program to sign up for 2022 health insurance during the Open Enrollment Period that ends January 31st, 2022. After open enrollment, residents who do not have health insurance through an employer or other program, such as Medicaid or Medicare, can only enroll if they have a major life event.

As of January 2nd, a total of 307,292 residents are signed up for 2022 health coverage through Get Covered New Jersey, including more than 90,000 new or existing consumers who actively selected a plan and 215,000 who were automatically renewed during the Open Enrollment Period that began November 1st. The total number is the highest ever signed up for marketplace plans during an Open Enrollment Period since enactment of the Affordable Care Act and the start of health care marketplaces in 2014. Total signups are up 21 percent compared to this time last year, with an additional 53,000 health plan selections.

It's important to note that while this is 21% higher than the same point last year, it's also 14% higher than last year's final New Jersey OEP total of around 270K enrollees.

The American Rescue Plan Act significantly increased the amount of financial help available to consumers and removed the income cap to receive assistance. The law now ensures no one pays more than 8.5 percent of their income for health insurance (based on a benchmark plan).

The additional savings allowed New Jersey to increase the amount of state subsidies available to eligible consumers and to extend the state savings to residents at higher income levels for the first time, allowing those earning an annual salary of up to 600 percent of the federal poverty level ($77,280 for an individual and $159,000 for a family of four) to receive state assistance, up from last year’s state subsidy threshold of 400 percent of FPL. More than 26,000 people newly eligible for the expanded financial help have selected a plan and will receive nearly $250 per month in savings, or about $3,000 in savings for the year.

The Open Enrollment Period for 2022 coverage at Get Covered New Jersey runs from November 1, 2021 to January 31, 2022. For consumers who enroll by January 31, 2022, coverage will begin February 1, 2022. Open Enrollment is the only time of year residents can enroll in a plan, unless they have a qualifying life event, such as having a baby, getting married or moving, that makes them eligible for a Special Enrollment Period.

Operated by the Department of Banking and Insurance, Get Covered New Jersey provides New Jerseyans with access to quality, affordable health insurance options for themselves and their families. All plans offered through GetCovered.NJ.gov cover preventive services, emergency services, prescription drugs, and prenatal and pediatric care, and more, and no one can be denied coverage due to a pre-existing condition.

In New Jersey, there remains a requirement to have health coverage. Residents who do not qualify for an exemption from the Shared Responsibility Payment will pay a penalty at tax time.

To assist residents with enrollment in the marketplace, the Department has expanded the availability of navigators within local communities that provide free, unbiased consumer assistance in finding the right health plan. There are now 18 organizations with navigators that can provide help to residents by phone, virtually or in person.

Here's the more detailed version of the mid-period enrollment report; some other key numbers: 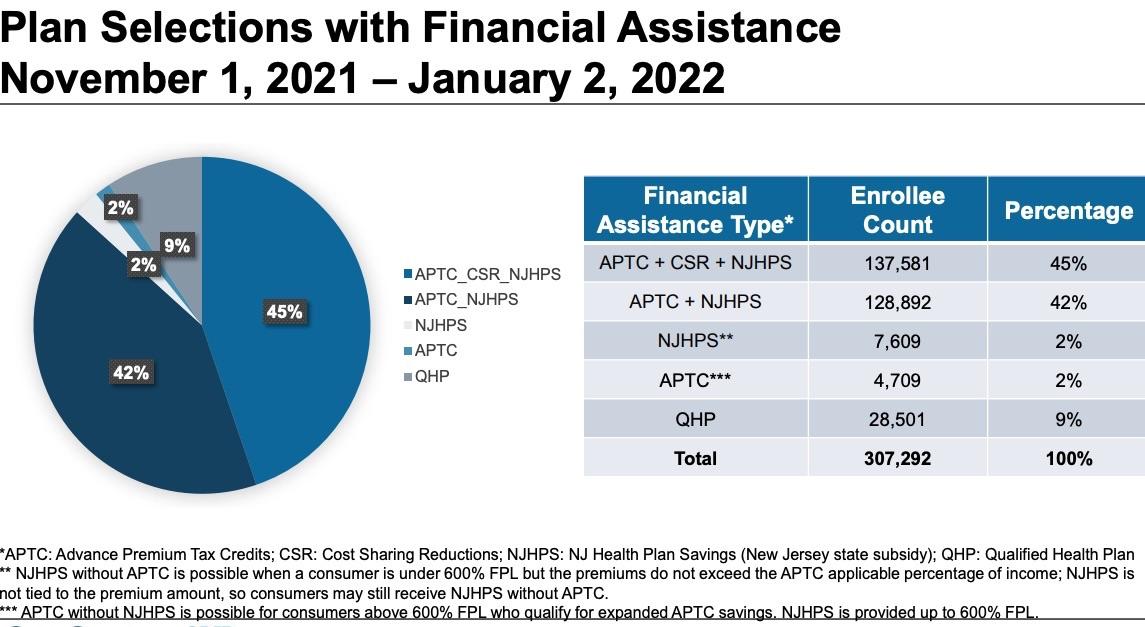