The ratio of case rates has started to drop; new cases are now running 2.67x higher per capita in the reddest tenth of the country than the bluest tenth, down from 3.0x higher six weeks ago: 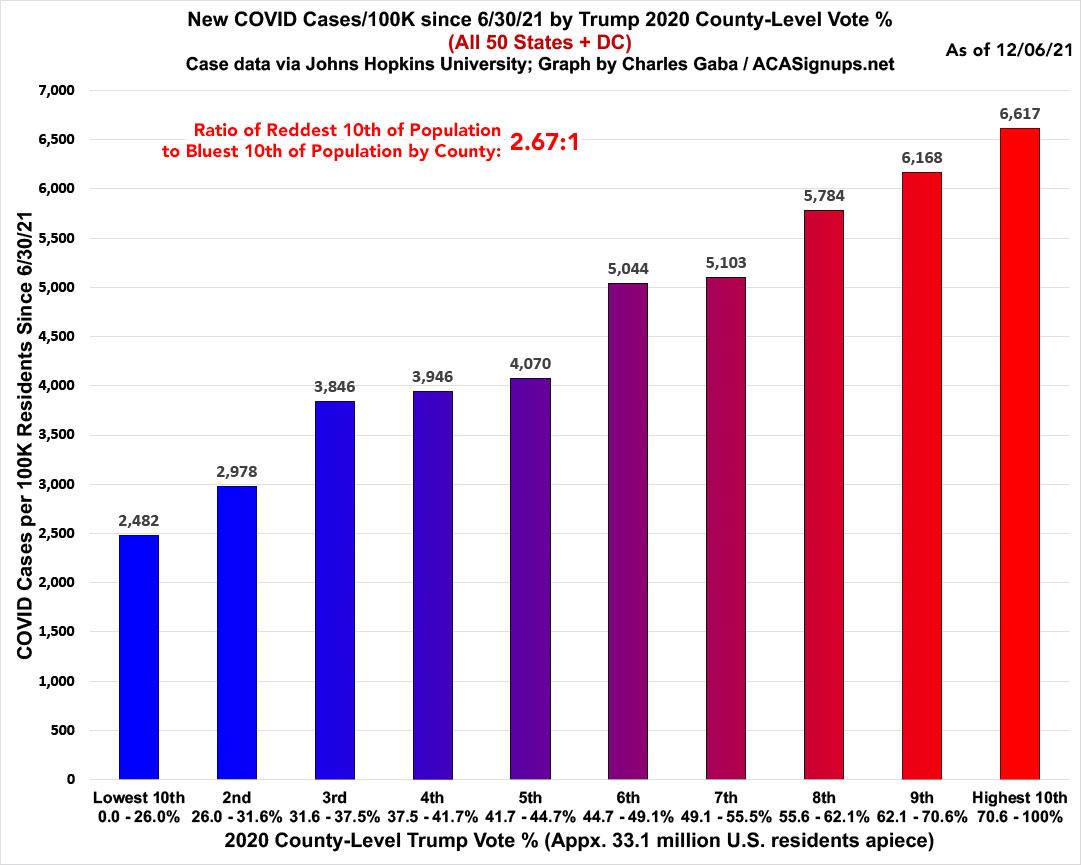 The ratio of death rates has also begun to shrink, with the rate in the reddest tenth now 5.79x higher than in the bluest tenth...which is still down from 6.0x higher six weeks ago, but up from 5.54x higher just last week. Huh. I'm guessing this is a data glitch correction. 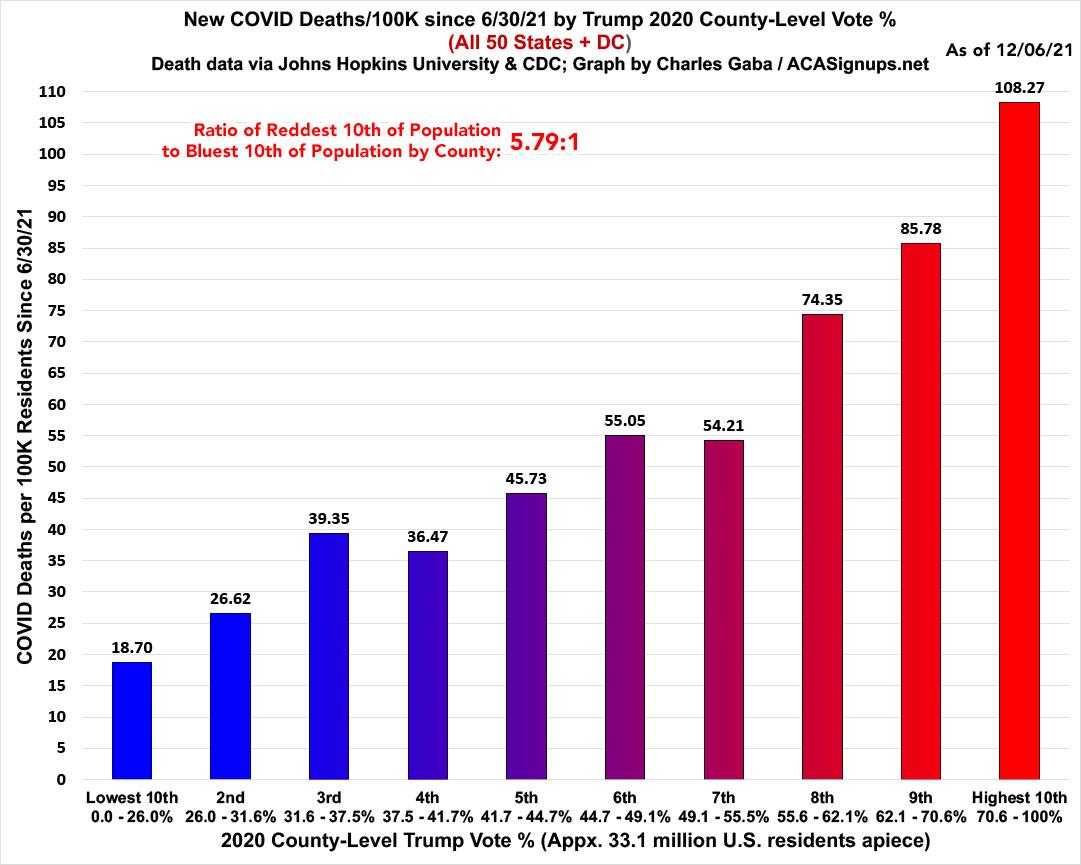 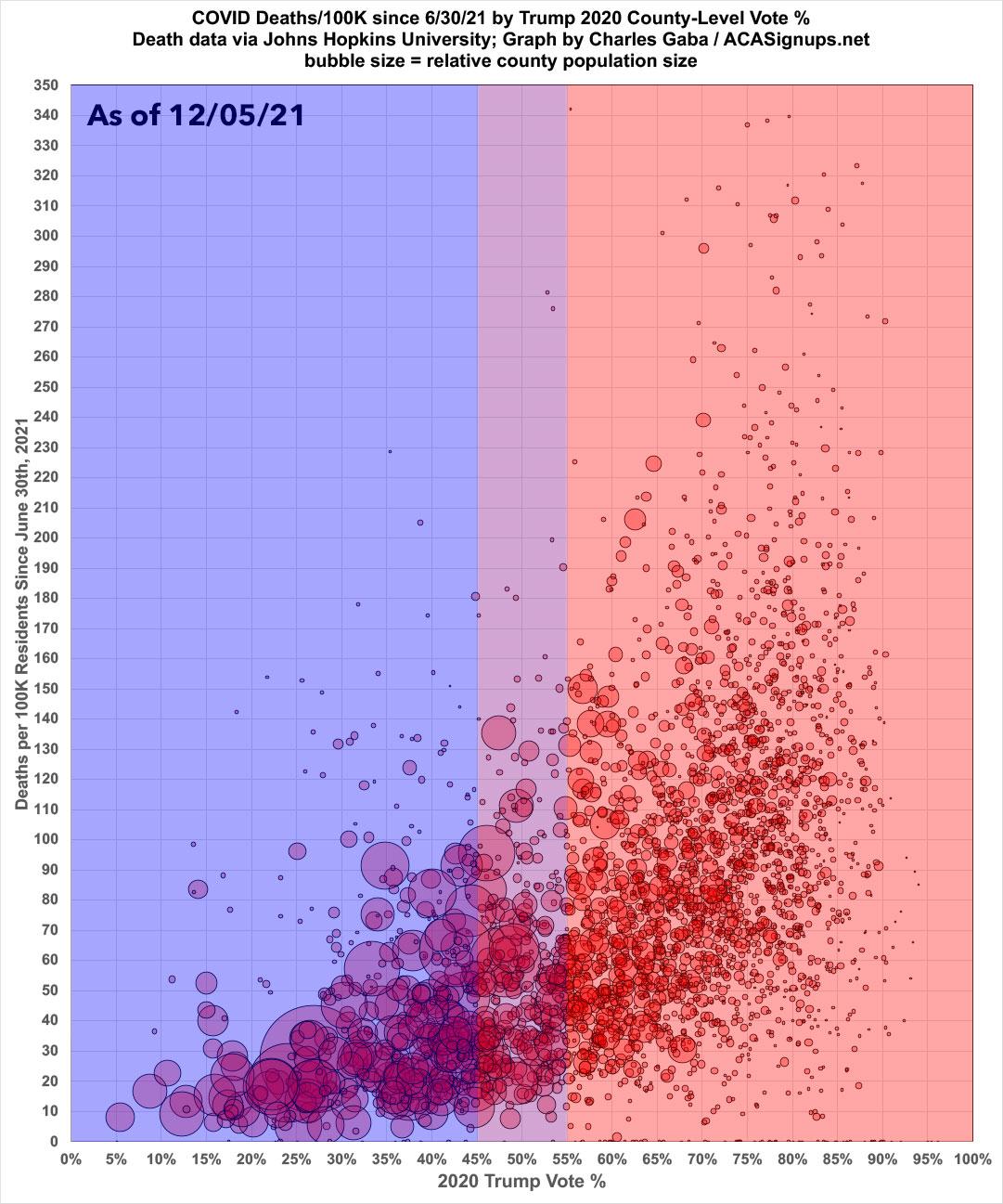 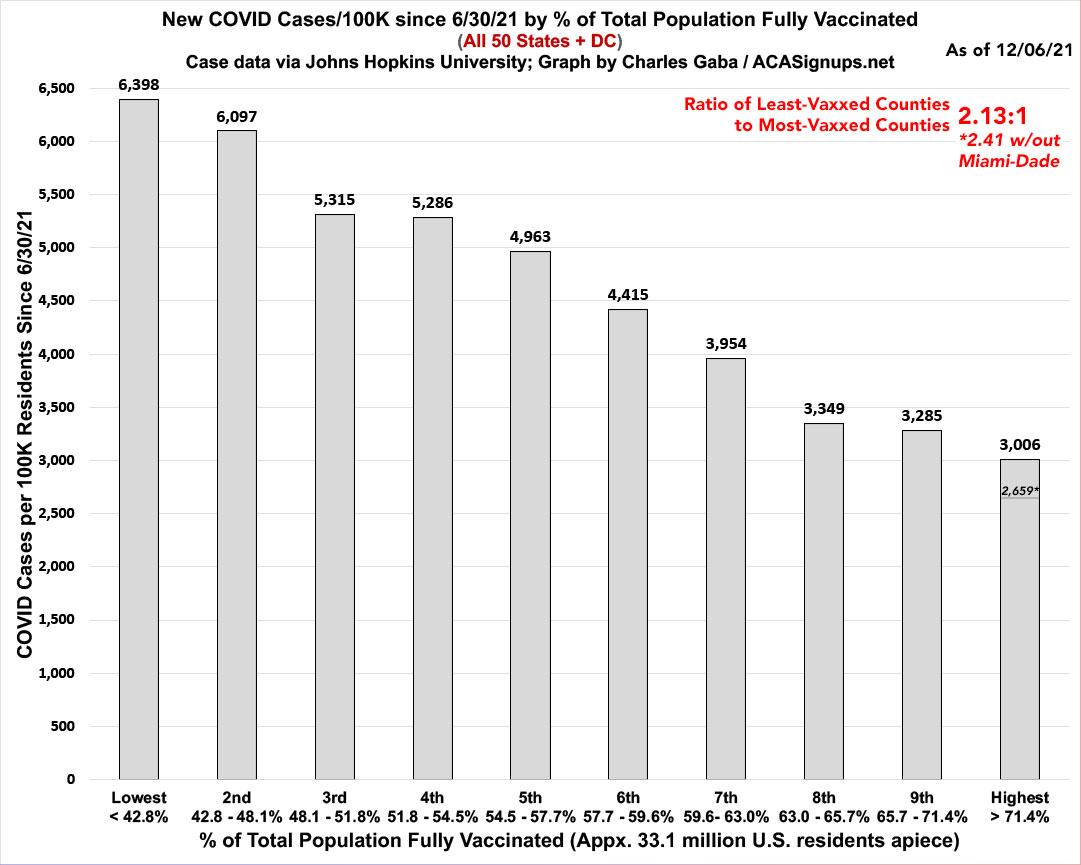 ...while when you look at the death rates, the contrast is even more stark: Death rates in the least-vaxxed tenth are 4.47x higher than in the most-vaxxed tenth...up from last week. If you disregard Miami-Dade County entirely, it's a whopping 6.25x higher: 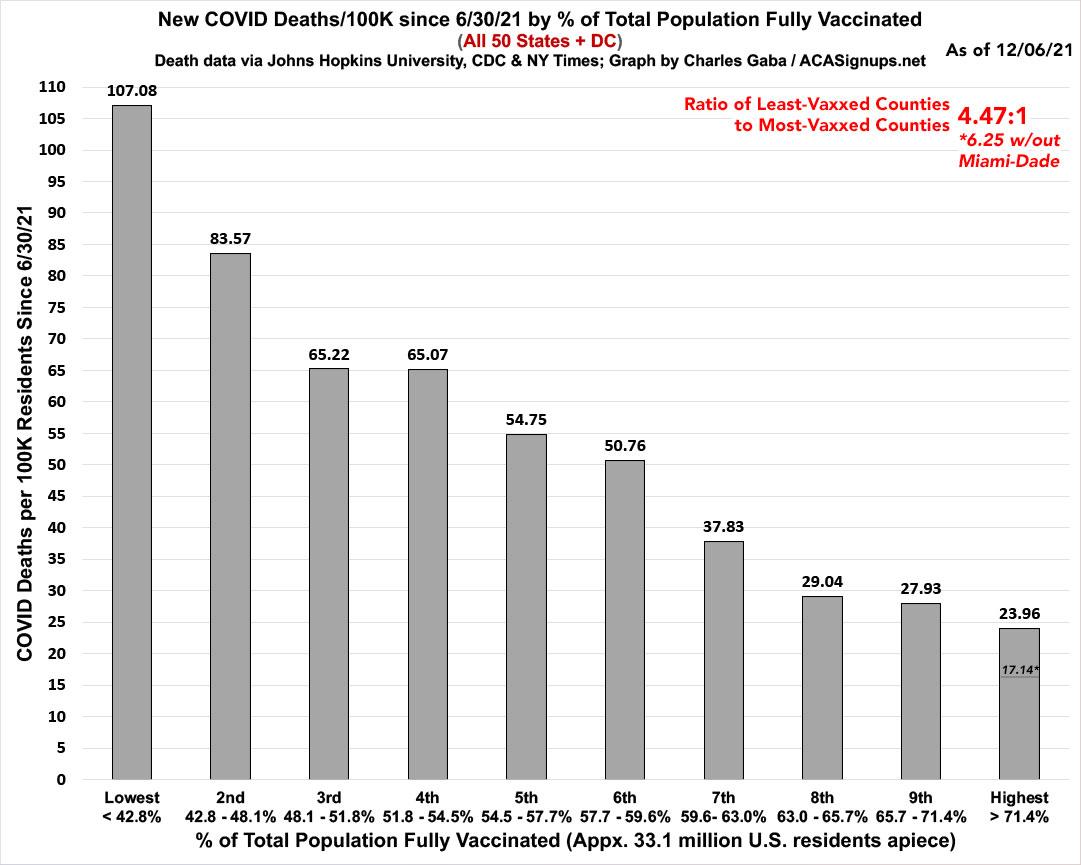 Here's the same death rate data (from 6/30/21 - 12/05/21) in scatter-plot format. The massive Miami-Dade County outlier is obvious when displayed this way: 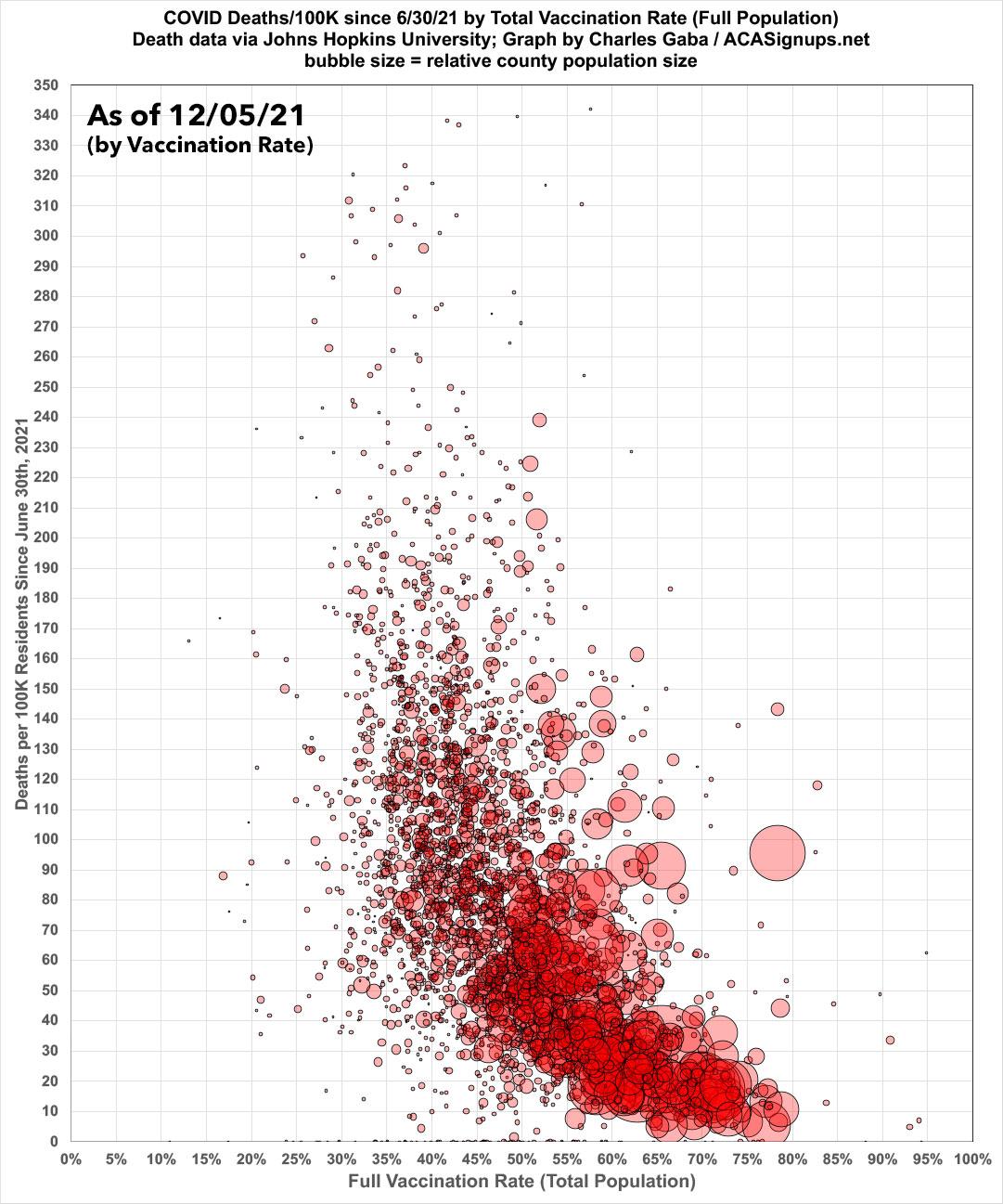 Note that the first batch of fully-vaccinated children have finally started showing up in the data.