The ratio of case rates has started to drop; new cases are now running 2.71x higher per capita in the reddest tenth of the country than the bluest tenth, down from 3.0x higher five weeks ago: 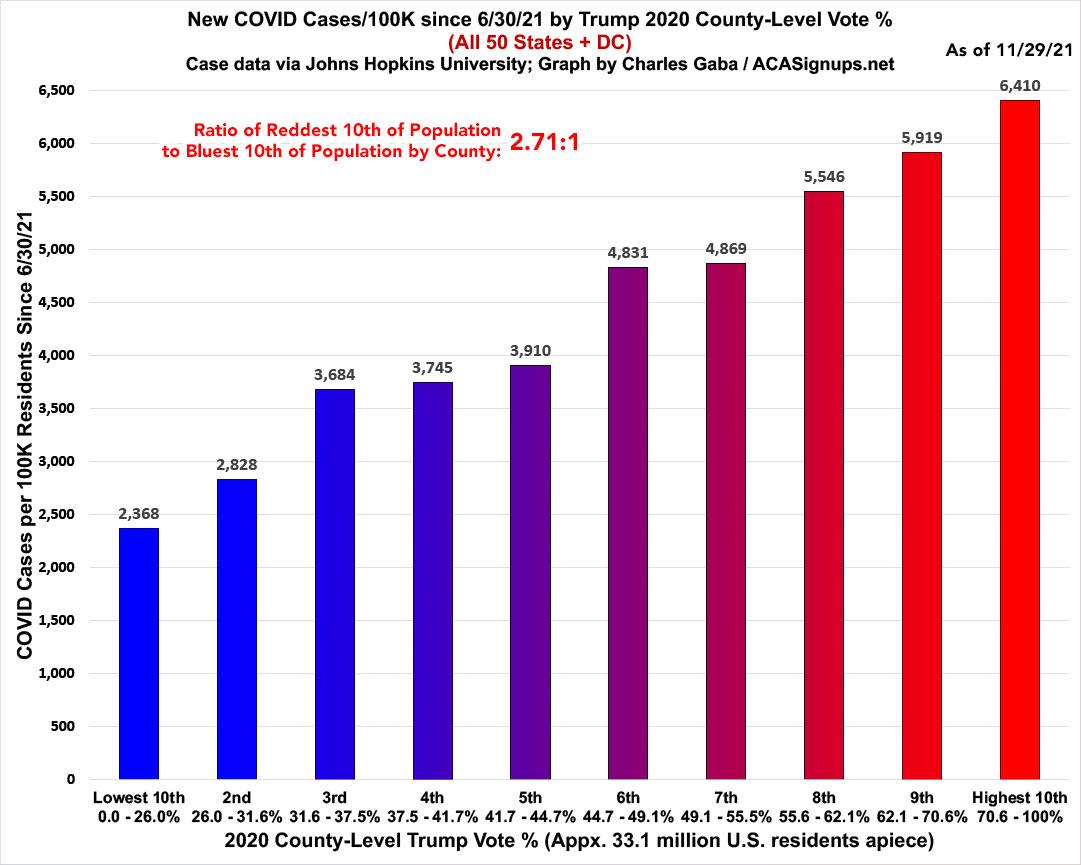 The ratio of death rates has also begun to shrink, with the rate in the reddest tenth now 5.54x higher than in the bluest tenth, down from 6.0x higher five weeks ago: 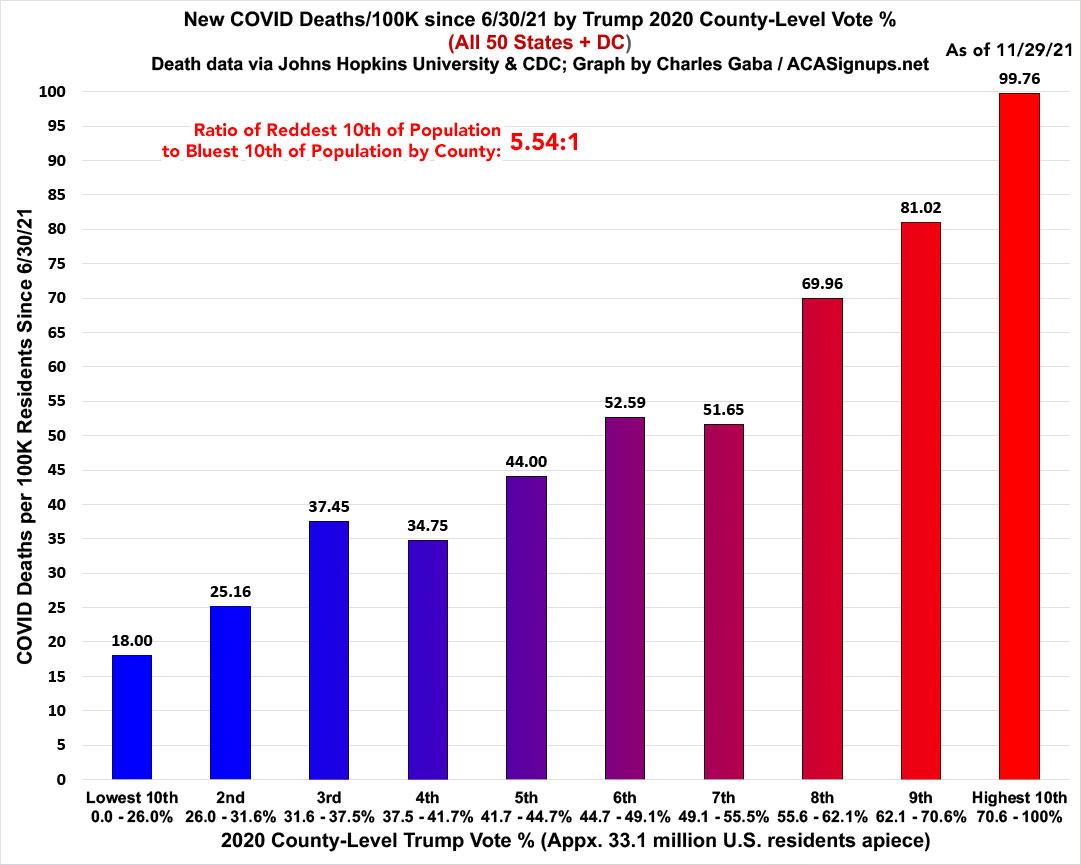 Meanwhile, here's what the same data looks like on a nonpartisan basis: Case and death rates based purely on vaccination rate of each county. The following graphs are up to date as of 11/29/21. Both measure the county-level case and death rates since the end of June compared against what percentage of the population is fully vaccinated (i.e., 2 doses of Pfizer/Moderna or 1 dose of Johnson & Johnson).

Note: As I explained in a recent blog post, Miami-Dade County is a massive outlier when it comes to the relationship of cases/deaths to the official vaccination rate, and I strongly suspect this is due to a substantially high incidence of "vaccine tourism" combined with the "snowbird" effect. As such, I've started also breaking out what the most-vaccinated tier would look like in terms fo both case & death rates if Miami-Dade County was disregarded. As you can see, it's pretty dramatic in both cases: 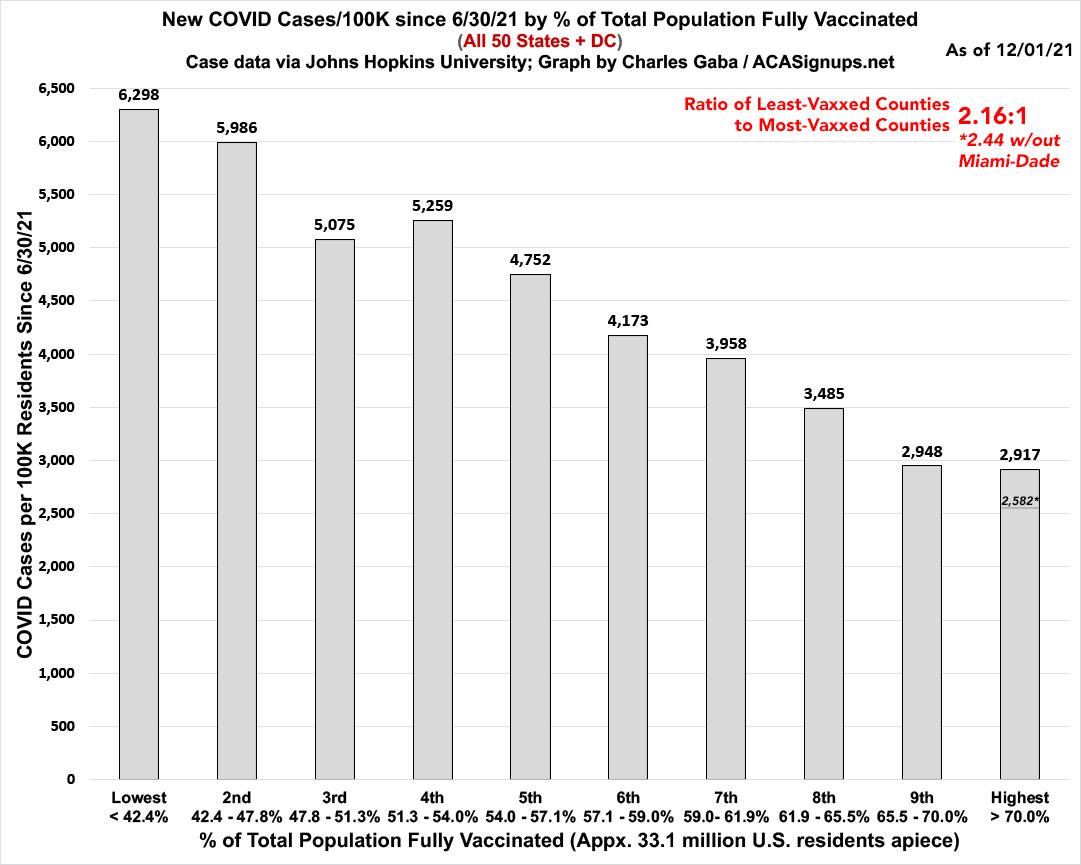 ...while when you look at the death rates, the contrast is even more stark: Death rates in the least-vaxxed tenth are 4.35x higher than in the most-vaxxed tenth...up from last week. If you disregard Miami-Dade County entirely, it's a whopping 6x higher: 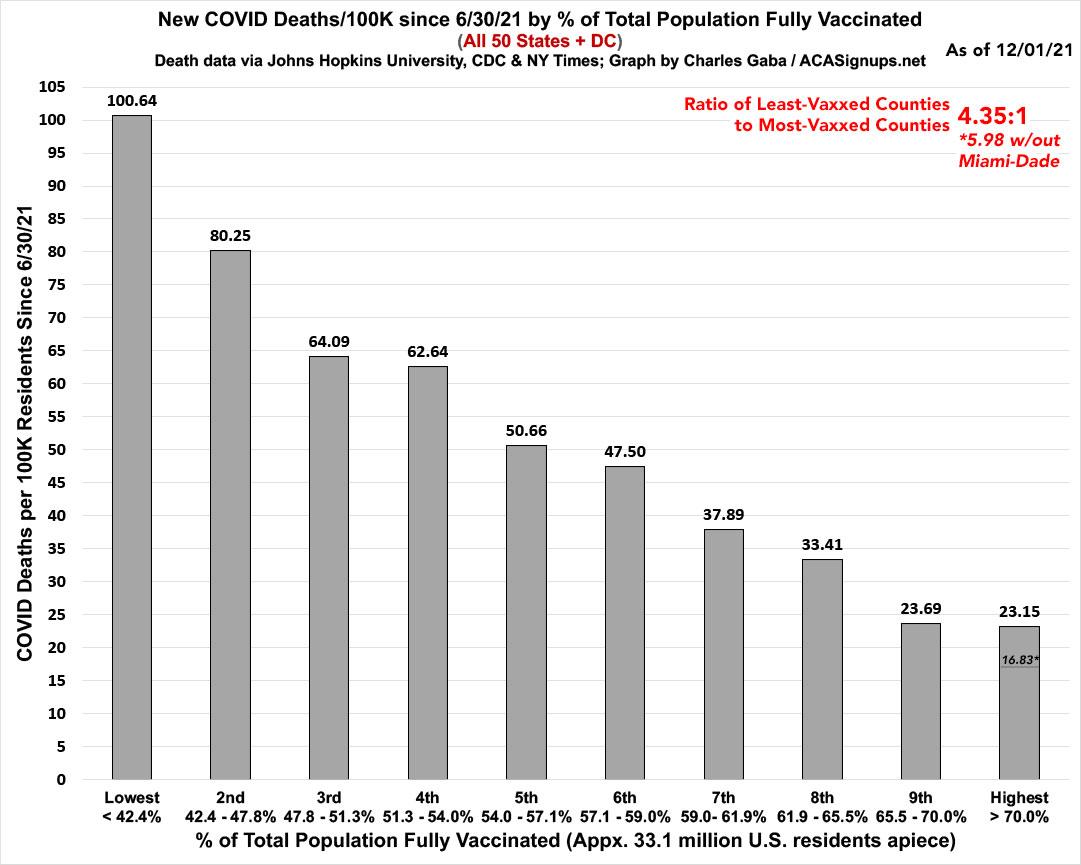 It will be fascinating to see how (or if) this pattern changes as time goes on, especially given the two newest factors: 3rd-shot boosters (which I'm not really tracking yet) and the recent approval of the Pfizer vaccine for children 5 - 11 years old. Note that the first batch of fully-vaccinated children won't start showing up in the data/graphs here until next week.