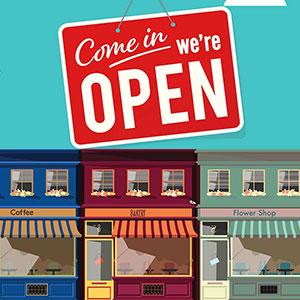 However, it's still an important part of the U.S. health insurance landscape. According to this 2014 brief from Mark Farrah Associates:

In 2013, small group health insurers provided coverage for 16.687 million people through policies written within 1.453 million small employer groups. The year-over-year trend continues to show a decline in the number of covered lives and groups but nonetheless this sizeable market remains an attractive business target for commercial health insurers. Three leading health insurance companies dominated with respect to underwriting gains in 2013, accounting for 71% of segment profits. The combined 71% share of profits is notable considering these carriers account for only 33% of total covered lives in the small group market.

OK, so that's 16.7 million Americans enrolled in Small Group plans as of 2013, one year before new policies had to be fully ACA-compliant. For context, at the time this was actually 58% larger than the pre-ACA Individual Market. I've written a lot about the individual market's changes over the years, but what about the Small Group market?

Well, in 2018, the Commonwealth Fund took a look at it and found the following:

In terms of total market size, they put the Small Group enrollment population at:

What about since 2016, however? If that 6% annual drop continued, it would have been down to around 10.6 million enrolled as of 2020. Of course, the COVID pandemic shut down a lot of small businesses in particular, so I wouldn't be surprised if 2020 enrollment in the segment was even lower than that.

Sure enough, in August of this year, Mark Farrah stated that:

For the small group segment, membership declined every year, since the onset of the ACA, with a cumulative drop of 39.8%. While also reaching a low point in 2015, profitability has been the norm for this segment, overall. The segment has reported over $2 billion in underwriting gains for each year since 2017. However, 2020’s overall gain was down over 22% from 2019 even though segment enrollment only dropped 6%. None-the-less, for the second year in a row, the profitability for the small group segment surpassed that of the more robust large group segment. Overall, commercial risk enrollment declined another 2.6% in 2020, and over 19% since 2013. Currently standing at 54.25 million members.

Using Mark Farrah's 16.7 million baseline in 2013, a 39.8% drop would be around 10.1 million as of 2020...which, again, sounds about right when you consider the millions of jobs lost in the second quarter of the year due to the COVID shutdown.

However, this only gives estimates at the national level.

For state-level numbers, I'm relying on a combination of two data sources:

However, unlike the Individual market, where I was able to acquire the hard numbers for 46 states, on the Small Group market I only have total statewide 2021 enrollment data for 32 of them. Worse yet, the missing states include major ones like California, Florida, Texas, Georgia and Illinois.

Here's my estimates of the 2021 Small Group Market for each of the 32 states (+DC) I have full data for, along with the weighted average premium rate changes: 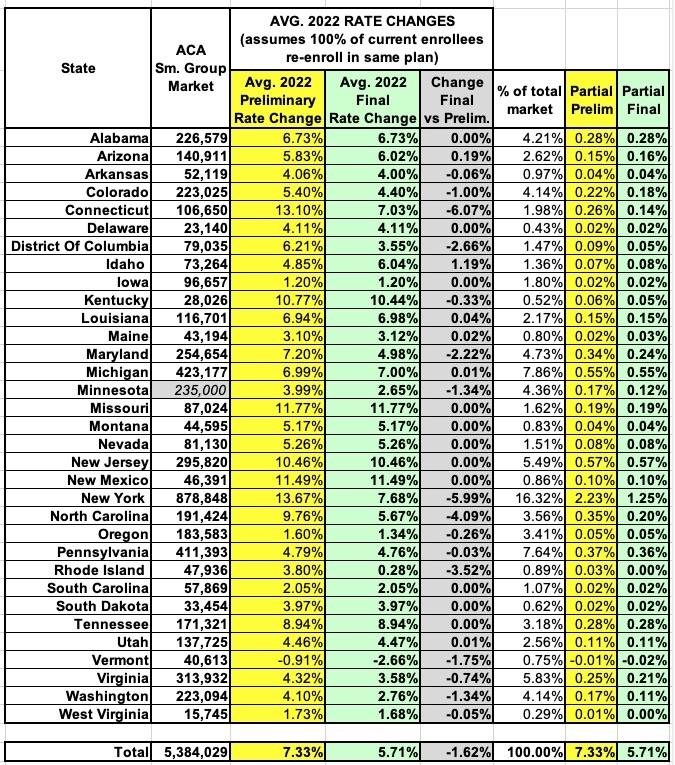 For the remaining 18 states, the only credible state-level breakout I've been able to find is this 2018 breakout by the Kaiser Family Foundation, where they put the 2019 national total at around 12.8 million.

A simple 6% yearly drop from 2016's 13.6 million would put 2019 at 11.3 million, which is 12% lower, so clearly there's a significant discrepancy between Kaiser and Commonwealth/Mark Farrah's methodology (Kaiser puts the small group market at 16.1 million in 2016, for comparison).

To get rough estimates of the 2021 small group enrollment in the missing 18 states, I've first adjusted Kaiser's 2019 estimates down by 12% to bring them in line with the Farrah/Commonwealth Fund methodology, and then compared the 2021 numbers for the other 33 states against them. On average, they're 3.2% lower, so I've applied that as follows: 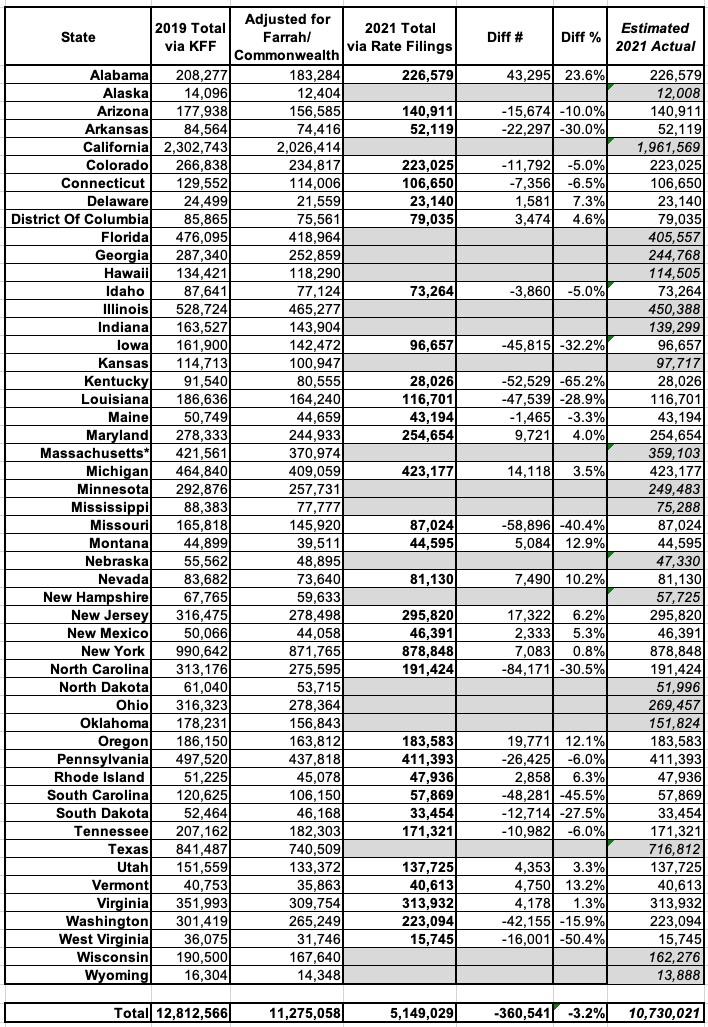 I realize that I'm making several assumptions here, but it's the best I can do for the moment.

When I apply these drops to Kaiser's 2019 estimates in the remaining 18 states, it looks like the following: 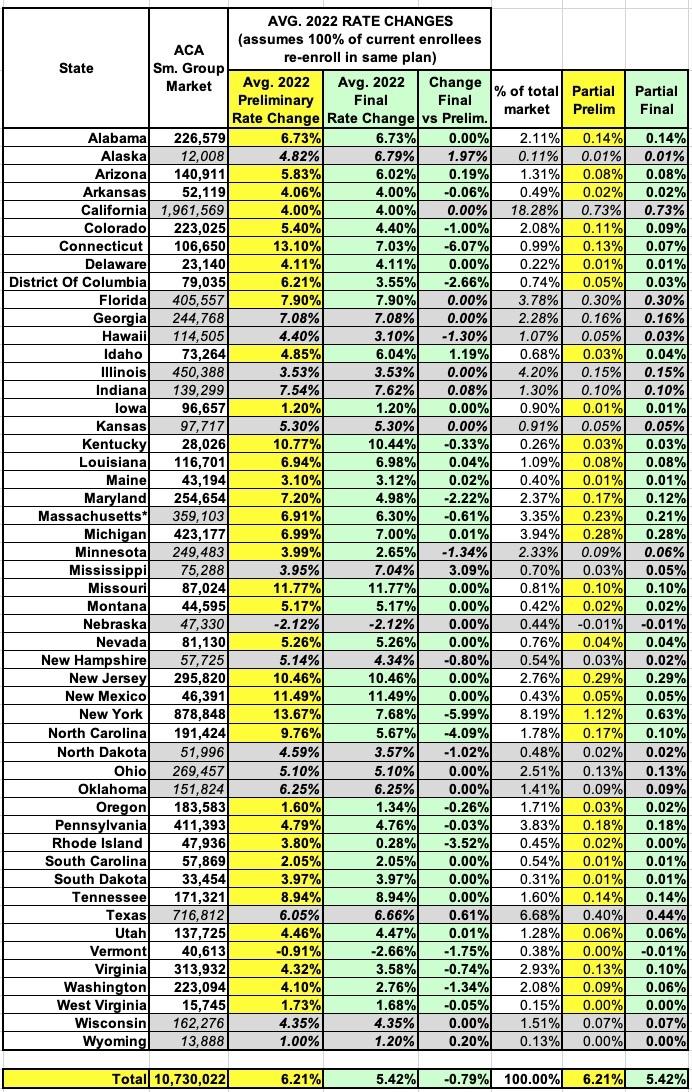 And there you have it: As far as I can figure, the total U.S. small group market stood at around 10.7 million people nationally as of early 2021...higher than the 10.1 million estimated in 2020, which again makes some sense given that much of the economy (including millions of small businesses) have re-opened this year, but still part of an ongoing decline.

It's also worth noting that assuming the math above is fairly accurate, it looks like the national weighted average premium increases for 2022 in the small group market are around 5.4% vs. 2021 rates, a bit higher than the 3.5% weighted average on the individual market.

It will be fascinating to see if the small group market continues to shrink going forward due to the combination of:

UPDATE: Insurance expert Wesley Sanders helpfully suggested that I compare my estimates against the 2020 CMS Risk Adjustment Small Group Market report by dividing the total number of "member months" by 12 to get a state-level average (I had to combine the member months for each rating area in each state first). When I do that, I get the table below.

Massachusetts and Vermont didn't have any member months listed, likely because both of them had a merged individual/small group market last year (Vermont is splitting theirs up starting in 2022). I've highlighted the states where the 2020 monthly average varies from my estimates by more than 10%: 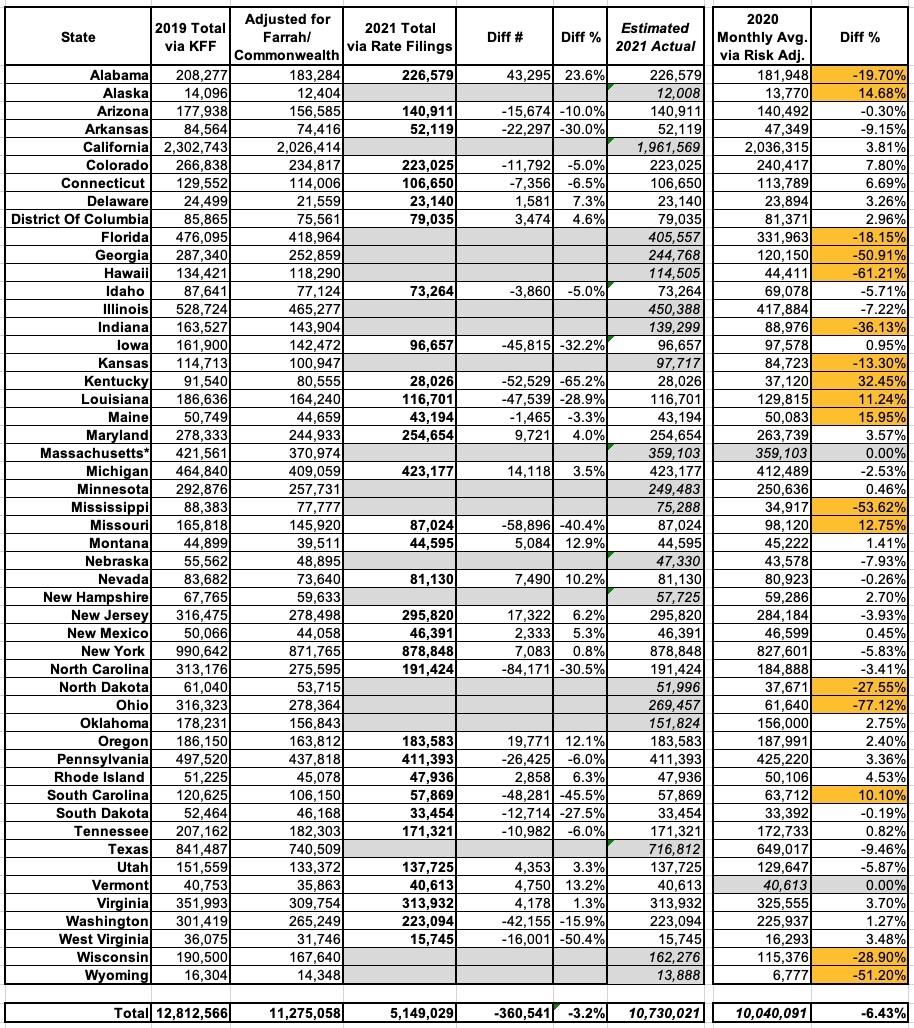 Assuming the actual number is somewhere in here, it looks like the small group market is currently somewhere between 10 - 11 million people nationally.